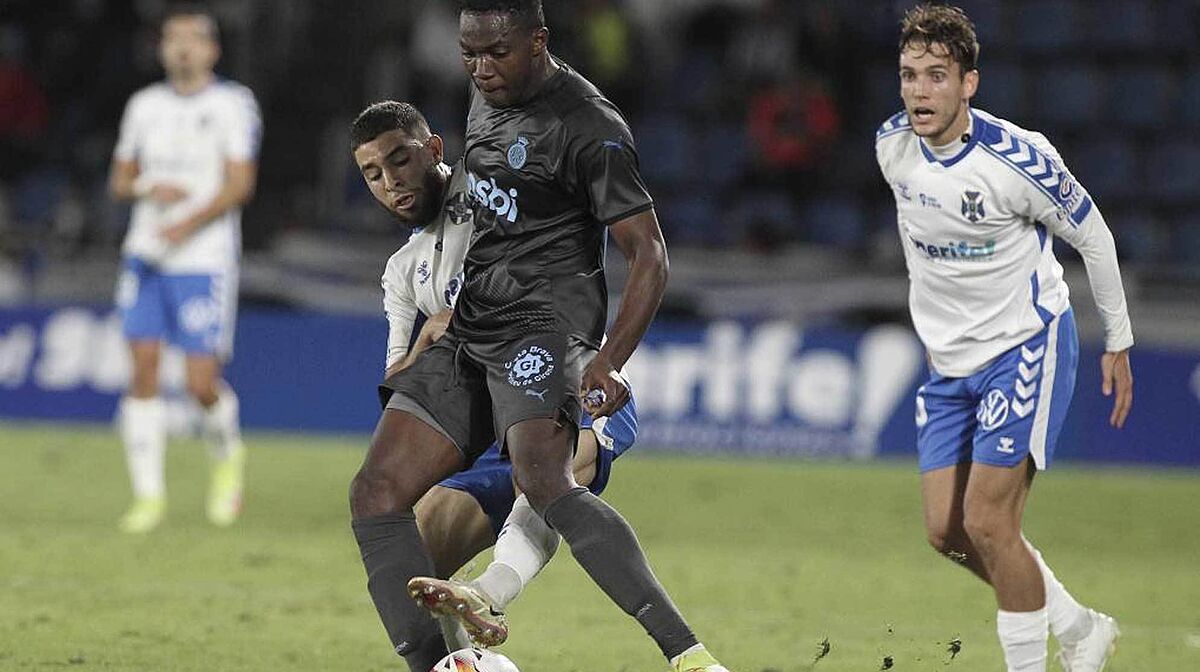 TEnerife and Girona will play in the final of the ‘playoffs’ the last place that gives access to the First Division this season. Islanders and Catalans settle a recent rivalry, since they had never coincided in the same category until the 2008-09 season. Since then, they have shared campaign in Second up to nine times counting the current exercise. The particular balance is fairly even, although it slightly favors the rojiblancos, who have won seven times, compared to six for Tenerife and five draws. The goals in favor, on the other hand, have an island accent, also by the minimum: 23 have been scored by the Canaries and 22 by the Girona.

This was the last confrontation between the two, a month ago…

The final of the qualifying rounds for promotion will open in Montilivi this Saturday. It is a scene of pleasant memories for the blue and white interests, since there they signed, precisely, their last promotion to First Division in 2008-09 thanks to a solitary goal from Daniel Kome (0-1).

Tenerife’s passage through the elite was short-lived and, upon his return to Second, the balance of those particular duels began to change towards the Catalan side. The Blue and Whites went a year later to what was then called Second B and, after his return to professional football, the superiority of Girona was accentuated much moreeven to the point that the islanders accumulated up to nine games in a row without getting the victory against the people from Girona From 2013.

We have the advantage of having been fifth and they were sixth, but we are going to give it our all and fight for something as beautiful as a promotion in the year of our Centenary

Andrés Martín, Tenerife player who rose in the ‘playoffs’ as a rayista

It was necessary to wait until the second round of the 2019-20 academic year for the islanders to break that trend. Curiously, Tenerife will have, on this occasion, the advantage in the event of a tie on goals due to their better classification. With this rule applied to the results that have occurred in the League between the two, the Blue and Whites would overcome a hypothetical playoff tie against Girona in five of the nine opportunities. Furthermore, it is the case that it would be ‘worth’ for the islanders to repeat what was also done on the last four consecutive occasions (2016-17, 2019-20, 2020-21 and 2021-22).

Madness after the victory in the derby: thousands of fans celebrated with Tenerife at the airport

Another encouraging fact for the interests of Tenerife is that the only two victories achieved in Montilivi were by the same result (0-1). The first meant direct promotion in the 2008-09 campaign and, now, we will have to wait to determine if the second, which occurred on May 9, has the same outcome for the islanders.

The Heliodoro locker room houses two tenants who managed to climb to First Division last year and can do so for the second consecutive season. Is about Víctor Mollejo, who did it with Mallorca, and Andrés Martín, who achieved promotion with the Rayo shirt in the playoffs.

The red-haired man, who was recruited by Tenerife in the last winter market, made use of his experience and stated this Monday that when you reach the final of a qualifying round for promotion “there is no easy rival. Everyone who is there is on their own merits. We have the advantage of having been fifth and they were sixth, but we are going to give it our all and fight for something as beautiful as promotion in the year of our Centenary. The reception that the fans gave us on Saturday when we arrived from Gran Canaria was spectacular. You saw in their faces the illusion of an entire island. Don’t doubt us We have two more steps left and we are going to give it all,” he concluded.

BALANCE OF ALL YOUR MATCHES