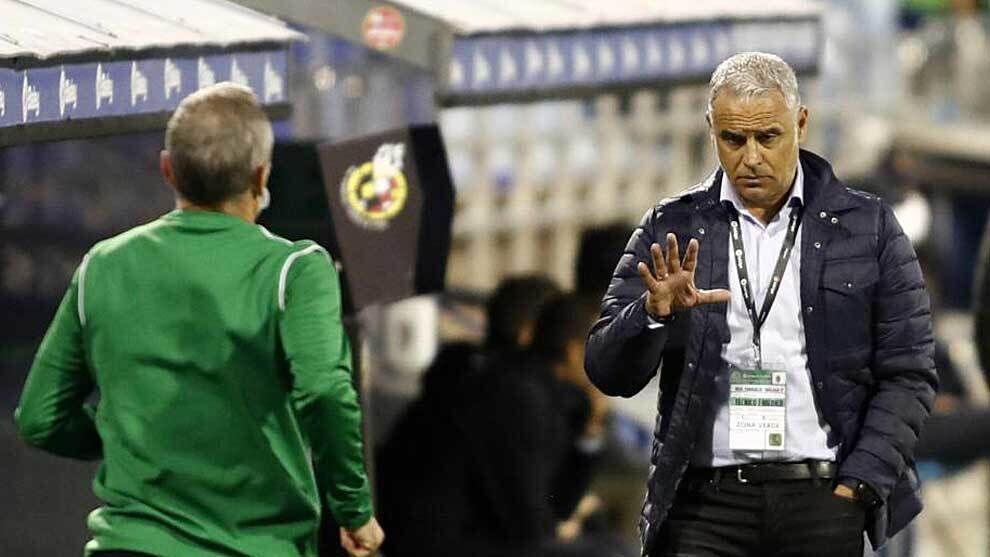 Málaga have won more than half of their matches by the minimum; only Sporting, Mallorca and Leganés surpass him

ANDn the Anxo Car, Málaga scored its seventh victory by the minimum so far this season. The Blue and Whites have become experts in winning by binary code. That is, 1-0 or 0-1. That represents more than 50% of the victories of this course. Some numbers that speak well of the efficiency of a team that only needed 30 goals to add 45 points. In addition, the Malacitanos have managed to win by one goal in three of their other five victories for a total of 12. Only in the Cup has the figure of two goals been exceeded in a match, 0-4 against Coruxo.

This was the seventh malacitana victory by the minimum

Málaga takes a point and a half for every goal they score. An average that places it among the best teams in the competition. Those of La Rosaleda are only surpassed by Sporting, Mallorca and Leganés. Asturians have 1.6 average while vermilion and pepineros share 1.54. At the bottom, Cartagena is the one that comes out the worst since the black and white need a goal to get a score. 1 point. Malaga is already an expert in these struggles, the lack of goal has been hitting the team since it landed in the Silver Division in 2018.

The average for Málaga is very similar to that obtained by the team last year. Malaga added 53 points with a total of 35 goals, 1.51 points for each goal scored. The data is not at odds with the fight for permanence. The squad for the 2018-2019 season, trained by Muñiz and Víctor Sánchez del Amo in the last few days, was also a specialist in squeezing goals. That team added 74 points scoring 51 goals. An average of 1.45 points for each goal scored for the anchovies that did not get promotion that year.

But if someone takes the cake, it is Málaga de Sergio Pellicer. The one from Nules took over the reins of the team in January 2020. Since then he has directed 53 games with the Martiricos team. His average points per goal is 1.6. Since Málaga joined the team has scored 75 points with only 47 goals. Also, as data, his Málaga left his team’s goal to zero in 24 games, almost half of them. In this way, giving even more value to the goals scored by their players.

Inzaghi warns Real Madrid: “We will play with the knife between our teeth”

Falcao is already in Madrid and will be presented on Monday

Real Sociedad-Athletic: Dessert of the final