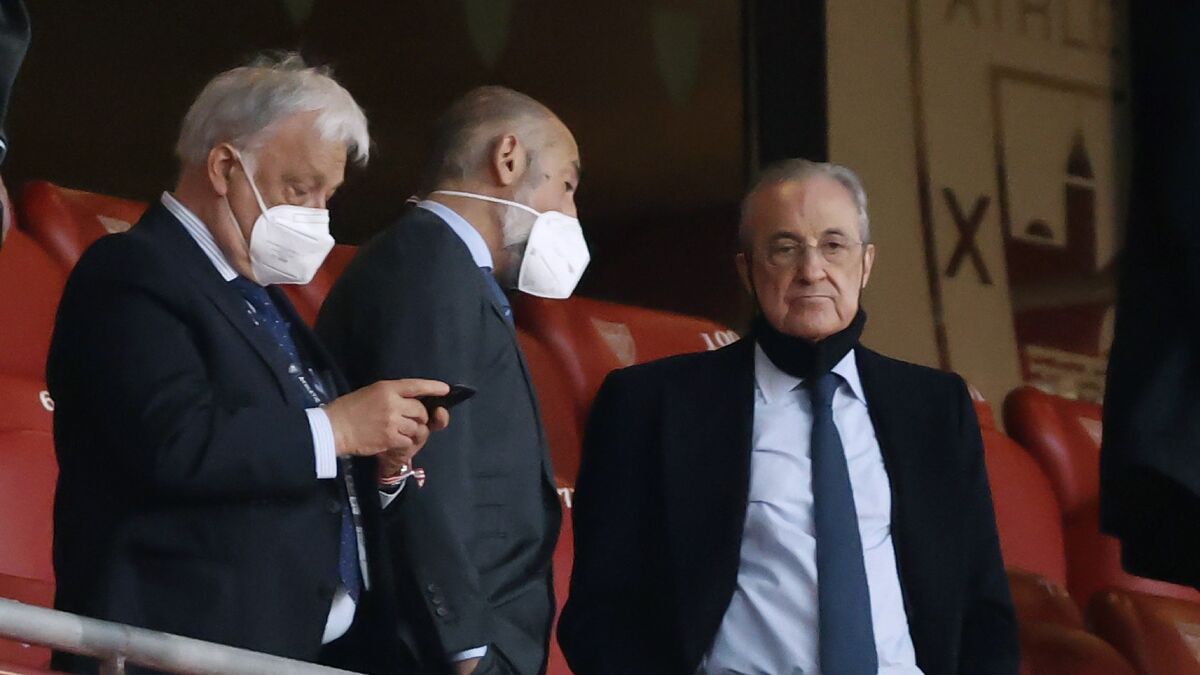 Mayo says goodbye to nine months of carousel in Athletic’s offices. Beyond the sporting path of a team that has had it all, the activity in the noble zone has been frantic. From September to May there have been significant movements around the first team. It began with the curious attempt to sign Llorente and will end with the decision to incorporate the oldest player from the Real Sociedad subsidiary, who will find accommodation in Lezama because in Zubieta he had no place to promote.

And, in the middle, the threat -with a meeting included in Ayegui- to get the return of Javi Martínez, the door slamming to Areso, who has spent a year watching football from a distance and shaping a tempting offer from Osasuna, or the goodbye of Joseba EtxeberriaAlthough it has nothing to do with the first team, it alters the rhythm of the formation ladder. El Gallo has become a Zidane resigning for the second time in his career as a coach to a Lezama bench.

The rojiblanco market erupted in October, a few hours after the market closed, when it was learned that Athletic was moving to sign Llorente, then still with a contract at Naples. The shaking was important. Almost as much as the explanations. It remains to be remembered that the board of directors stopped the signing, that it never considered it, and that it was almost an occurrence of Alkorta, who had been guided by the spirit of the squad, who through different conversations had assured him the importance of count on the one from Rincón de Soto. Nobody turned red with that.

The The story was more like a novel than a rehearsal. He pointed to Alkorta, at the risk of leaving him unconcerned before public opinion, when decisive figures in the club intervened in the real knot of the action. Otherwise it was not understood that with the rumor of the hiring in the street a Bilbao law firm was trying to return the striker to Bilbao. And they did not do it by spontaneous generation.

Was a shot into the water, but it took a toll on the management of the club because of how it was produced and because of the edges it left in the piece. They were sharp. The negotiation with Javi Martínez had been more restrained than Llorente’s because it remained in the background, ensuring that the movements that took place did not transcend until later. Why? Call it decorum, opportunity, or chance.

It is iIt is impossible to argue because at the same time the break with Jesús Areso occurred, Bilbao Athletic side for whom Athletic paid a clause of 450,000 euros to Osasuna when he was a youth. That of Cascante, who has just signed five seasons for Osasuna with a termination clause of 12 million euros, was separated from the competition – he has spent a year training and thinking about the future – because he did not give a positive response to the renewal offer that the club had transferred to him. The full-back felt that he should fly because he considered that the doors of the first team were closed: he was summoned at the last minute to the preseason when the club feared that he could be considering a goodbye.

The course of Areso, made official this week with the resignation of the subsidiary and the announcement as Osasuna player, promoted Alvaro Núñez, who has had a good season at Bilbao Athletic, but Athletic continues to delve into the full-back market. Areso away from his orbit and with De Marcos, Capa and Lekue with a contract in force, the club has tied to Petxarroman, with notable participation in Xabi Alonso’s Sanse who has risen to the Smartbank League … but he is already 24 years old, so it is impossible for it to alternate between the two templates. With no place to play in the Real, he will try his luck in Lezama. If in preseason he convinces Marcelino and the club takes out one of those ahead, he will stay in the squad. If, on the other hand, they consider that he still has a long way to go, they will try to make him play in Second. Areso looks like he will not leave Osasuna on loan and will count in Arrasate’s course plan.

The link between the season just ended and the 21-22 is moved. The club has to lighten template to fit into the modus operandi of Marcelino, who in his first full year at the entity wants a maximum of 23 footballers apart from those who can sometimes jump from the subsidiary, and now sort the coaches organization chart that has jumped after the decision of Joseba Etxeberria, who with the option of continuing one more season after having met qualifying objectives has chosen to make a career at another club. Aitor Elizegi and Rafa Alkorta should speak quickly about it to clarify lines and objectives. Even more so considering that the last appearance of the president in the club’s media was because of the ‘alliance’ with Ikea in the newly built spaces in Lezama.

Osasuna wants to do another ‘First’ season