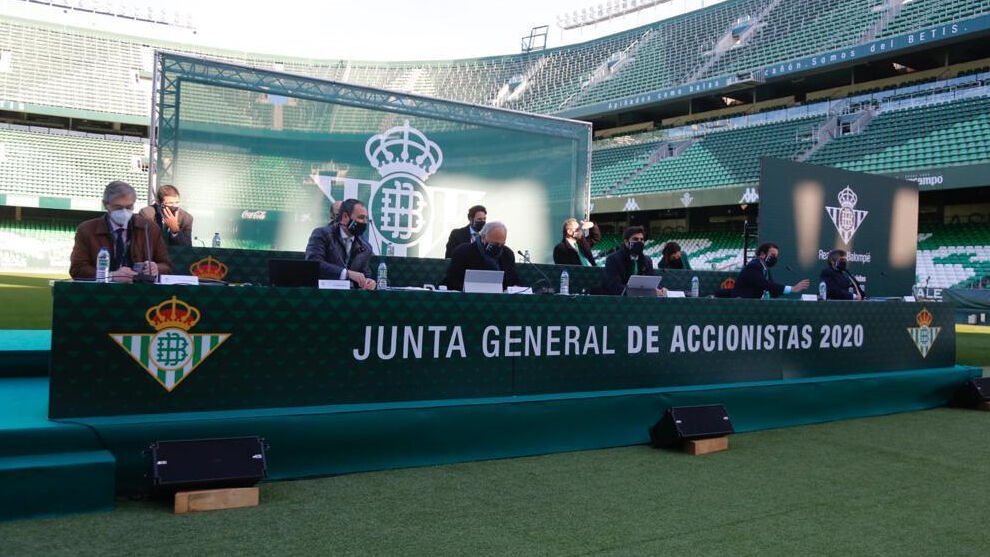 Vyears of the main reference shareholders of the Betis, led by its president, Angel Haro, and his vice president, José Miguel López Catalan, have reached a long-term shareholder agreement with the aim of giving stability to the Verdiblanco club, both in its daily management, focused on continuing with sporting and economic growth, and in the development of the projects it has underway, as get moving ABC of Seville.

Among the shareholders who sign this stability pact, in addition to Haro Y Catalan, are all the members of the Board of directors that feature relevant title packages, such as Ozgur Unay, Jose Maria Gallego Y Carlos Gonzalez de Castro. They are added Joaquin Sanchez, captain of the first team, which has 2% of the club’s share capital, and the journalists Carlos Herrera Y Mariló Montero, with just over 1.7% of the shares of the Betis.

Together they exceed 26% of the club’s share capital, a relevant percentage that will allow the Verdiblanco club to continue with the different sports, economic and infrastructure projects that it has underway with greater security and without the worry of constantly having to face issues of confidence towards your Board of directors, who has faced nine Shareholders Meetings in just over five years.

Without the current opposition

The continuity of the current rectors of the club, in any case, will always remain in the hands of the small shareholders, thus maintaining the commitment acquired at the time during the shareholding distribution in search of the greatest possible fragmentation. Those who are not in this pact are the members of Another Betis Is Possible (Joaquin Caro Ledesma, Rafael Salas, Lorenzo Serra Ferrer and families Galley Y Romero Alvarez), who were opposed in the December assembly.

Nor is the lawyer part of the group of shareholders who sign this stability pact. Manuel Castano, another of the reference shareholders of the Betis, that in the last Meeting, despite not being officially integrated into the platform EPOB, did vote in favor of their proposals in the items on the agenda.

Pacheta: “I haven’t seen such an emotion in a changing room for a long time”

Voro: “I understand that people will go to the field to cheer on Valencia, but if not, I respect it”