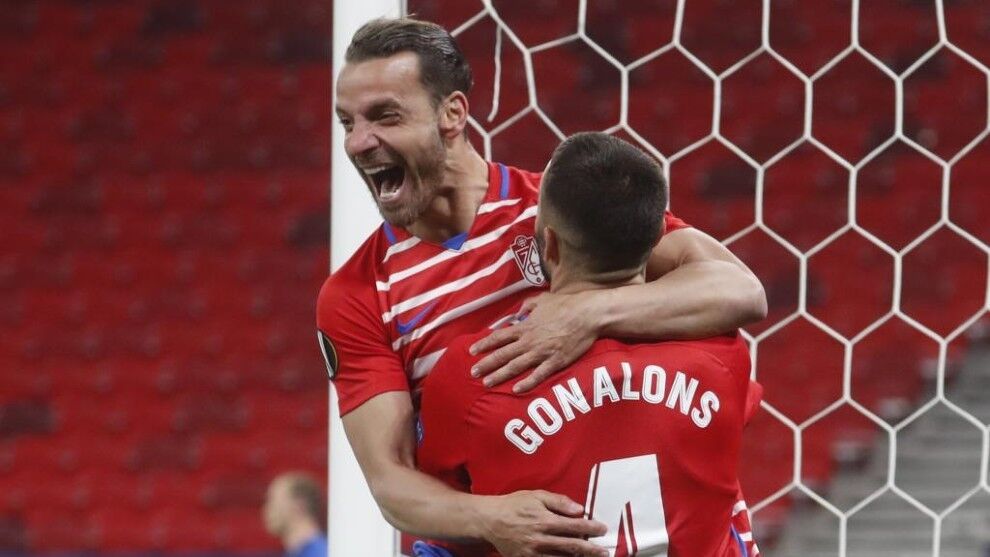 Granada has been among the eight best teams in the Europa League in the year of its debut, following in the footsteps of teams such as Mallorca or Alavés

Liga, Copa and Europa League, the challenge was triple for Granada, and the threat of succumbing to such a challenge flew over Los Cármenes, but once again the team led by Diego Martínez has blown up even the most optimistic forecasts, and In his first participation in Europe, he has crept into the top eight in the competition, an achievement that encapsulates the work and character of the Andalusian team.

After waiting ninety years to experience a similar event, Granada shook off any kind of complex in the three previous rounds, leaving Teuta, Tbilisi and Malmo in the gutter in a solvent way, with a balance of nine goals in favor and only one goal against, credentials with which he appeared in the group stage to continue astonishing the unwary who did not have the Grenadians on the radar.

Immersed in the Europa League, Granada He left his calling card on the continent by storming the Philips Stadion by beating PSV 1-2, a true European champion. Convinced of being able to compete against any rival, the Nasrids advanced with a firm step, leading the group until the last day, when a unexpected draw against PAOK they lowered them to second place, a small disappointment that could not cloud the fact of continuing to make history in Europe, and all while maintaining a high level in the League and the Cup.

The hype was going to bring Granada a match against another historic one like Naples. With much more experience and an unattainable budget for Andalusians, everything pointed to the fact that the dream was doomed to fade before Maradona’s heirs, but the rojiblanco team again broke all the bets with a 2-0 victory that left the Neapolitans close to the KO.

Already in Italian territory, those of Gattuso put Granada against the ropes, but the Nasrid, who have multiple virtues, showed their survival instinct to write another brilliant chapter to add to the book of its European premiere. In the round of 16, the rojiblancos dodged rivals such as Manchester, Milan, Roma or Tottenham, finally being paired with the Norwegian Molde.

With the highest ambition but being aware of the difficulty, Granada once again left its debutant status in the closet to distill a great performance, being superior to the Nordics both in the first leg and in the final match, thus achieving the passport for the quarterfinals of the Europa League in the year of its debut, emulating other Spanish teams that shone in their long-term performances on a continental level.

The first times, in life as in football, are not usually simple, a racing pulse, nerves and clumsiness, but there are those who seem to be born prepared to perform naturally in any scenario, as Granada has shown, that has already equaled what Getafe, Rayo Vallecano and Málaga achieved in their respective European debuts.

Villarreal took a further step in the 2003-04 season, reaching the semifinals of the second continental competition to fall by the minimum against Valencia. Far from being satisfied, the rojiblanco team wants more, and is willing to follow in the footsteps of the Mallorca or Alavés, who were able to reach the final despite being rookies.