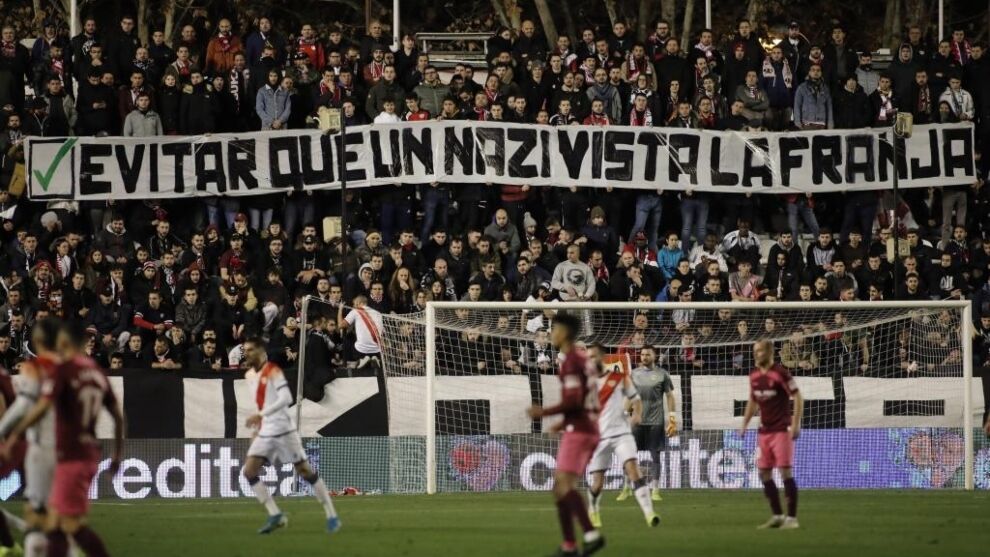 Nor there will be an audience in the bottom tier of Vallecas, the so-called animation stand, and all this is because the Ray received today, Friday, the sanction for the songs to Zozulia in the game that faced Rayo against him Albacete and what had to be discontinued.

The Vallecano club has made a statement in which it reads: “The RFEF Competition Committee has communicated to us the obligation to comply with the sanction imposed on the Club by the Committee itself, relative to chants and banner display that took place in the match Rayo Vallecano – Albacete Balompié in December 15, 2019 “.

The club assures that “This sanction supposes the partial closure of the bottom tier and is mandatory in the next playoff game of promotion to LaLiga Santander, Rayo Vallecano – Girona FC that will be played at the Vallecas Stadium on Sunday June 13 “.

It affects two sectors of the fund

A sanction that comes a year and a half later: “Due to the need to immediately comply with this sanction, we are forced to close two sectors at the back of the stadium for the aforementioned meeting and invalidate tickets already issued for that area. Fans who have been assigned seats in these closed sectors will be rwill locate in another area of ​​the stadium and the new tickets will be sent to you shortly. “

Brais Méndez: “As long as possible, we continue dreaming of Europe”