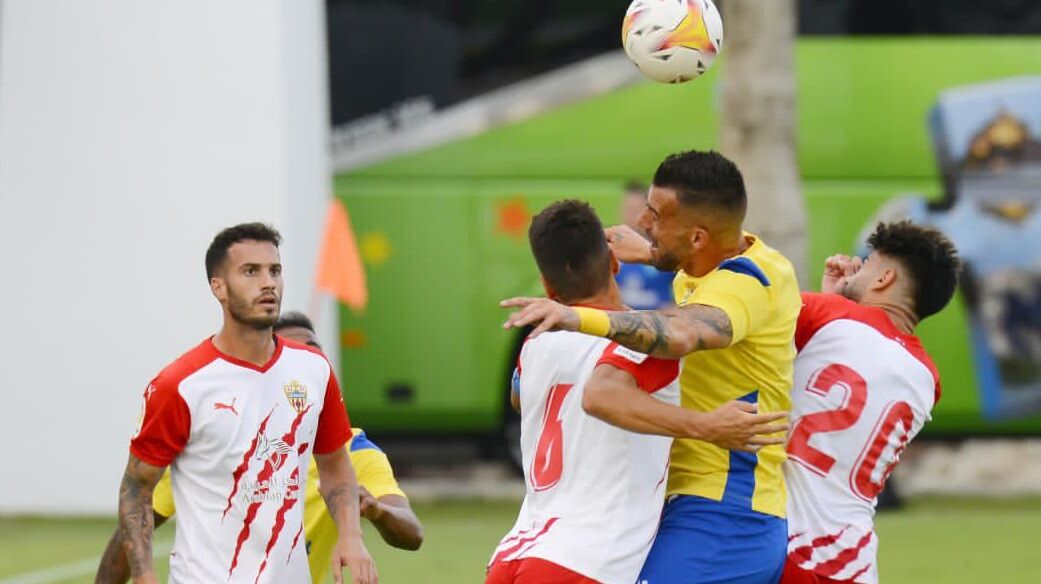 TCadiz’s third consecutive lost game in the preseason, this time with a 1-2 loss to Almería. The three friendlies of the Cadiz team in the Marbella concentration have ended in defeat, by 0-2 against Las Palmas and Espanyol, in addition to the result of this Sunday.

In the first half, Almería came out strong and had the first chances of the match, which ended in a high shot from Sadiq. Thus, Rubi’s squad went ahead at 14 minutes, after a good combination in the interior of the Cadiz area between Sadiq and Portillo that Arnau finished at pleasure, only at the far post. Cádiz answered in an outside shot from Alberto Perea that goalkeeper Giorgi Makaridze deflected with an agile stretch.

After the break, Cádiz was able to tie in an attempt by José Mari to which Makaridze responded again. Almería approached the goal of Argentine Juan Flere in a direct free kick launched by José Carlos Lazo that was lost near the crossbar. Joan Francesc Ferrer’s set ‘Rubi’ put land in the middle with an outside shot from Lazo from 30 meters, adjusted to the left square from the Cadiz goal. A great goal.

In added time, Cádiz closed the gap with a header from Montenegrin Milutin Osmajic to the center of Álex Fernández.

Cádiz ends the week of concentration that it has carried out on the Costa del Sol adding the fourth defeat in the seven games that Álvaro Cervera’s have played. On Wednesday, Cádiz will host Atlético de Madrid at the Nuevo Mirandilla stadium in the Ramón de Carranza Trophy, which will be played as a single match.