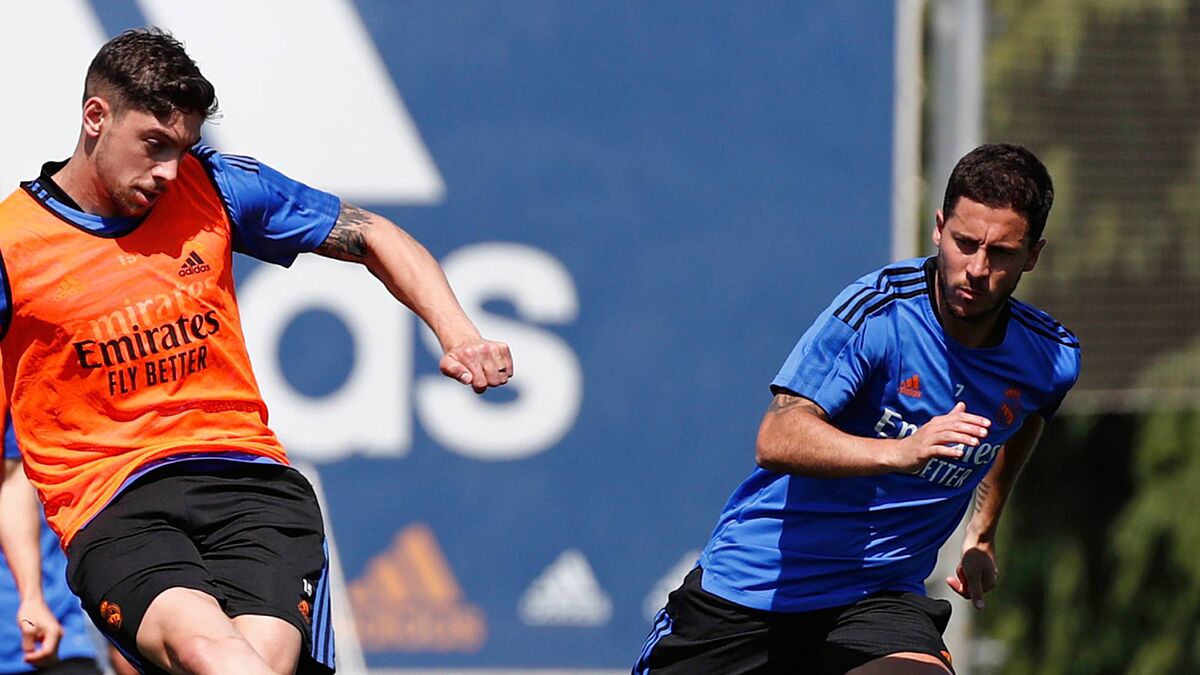 A Cadiz without Courtois, Modric, Vinicius and Benzema. Carlo Ancelotti has decided to manage the efforts and breaks of its footballers in view of the Champions League final and in the white call to play the League match in the New Mirandilla notice that policy.

The one who returns to the list is Eden Hazard, after the operation to remove the ankle plate. The Belgian could have minutes and feel like a footballer again after three months away from the pitch.

Also new is the inclusion of Rate, striker for Real Madrid Castilla, who enters Ancelotti’s list to cover the absences in attack, since in addition to Benzema, Jovic does not appear in the attacking positions either. At the rear repeats Gila, also a youth squad player, who had minutes against Levante.

Call of Real Madrid for the match against Cádiz