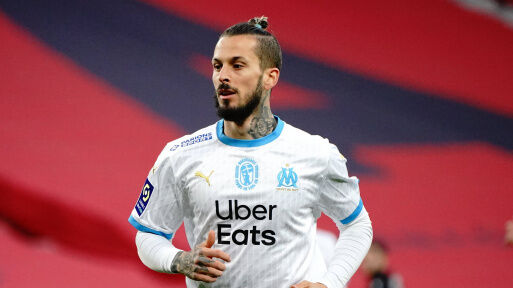 Lthe paths of the Argentine striker Darío Benedetto and Olympique de Marseille they seem ready to part after two years. And among the possible destinations of the 31-year-old footballer, Betis appears, as reported this Friday by the French website le10sport. An operation that, if materialized, would use the formula of the transfer for one season (the player has a contract with the Marseille club until 2023).

Pablo Longoria, president of the French club, stated in a press conference that his “priority is to delve into positions that are not being duplicated“and that” if there are exits, we would begin to activate different options. “One of them could be Benedetto’s, who, in addition to leaving a place in the attack of the team led by Sampaoli, would free up an extra-community place (he is Argentine with a Mexican passport ).

In addition to Betis, Elche would also be interested in the transfer de Benedetto, according to this same information. In the case of the Verdiblancos, in order for an operation of this type to bear fruit, it would not only be necessary for some of the attacking players from the squad to leave, but also for a significant amount to be released in LaLiga’s spending limit, widely surpassed waiting for what happens with the agreement with CVC.

Benedetto, five times absolute international with Argentina, He played for Tijuana and América de México, after going through several clubs in his country, before embarking on his European adventure at Olympique de Marseille two years ago, a club he arrived at from Boca Juniors in a transfer of 14 millions of euros. During his time in France, he has played 69 official matches with 17 goals and five assists.

Albiol charges against Medié: “We tried to react despite the hosts he hit us”

Francis Hernández: “We are here to make players for the absolute”

Franquesa: “The good atmosphere at Levante is above normal”