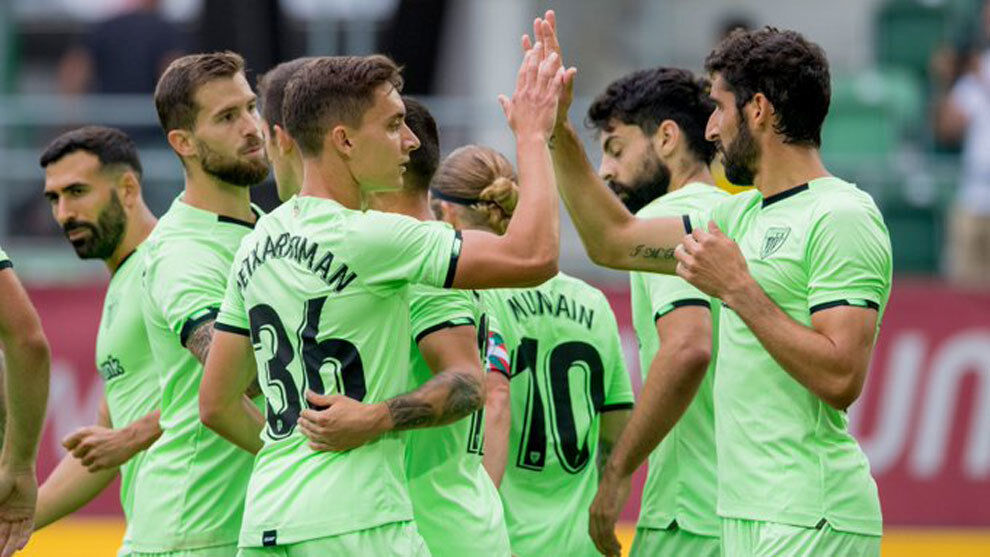 ANDAthletic’s ‘stage’ in Switzerland ends in the best possible way. Marcelino’s men have beaten Borussia Dortmund (0-2) in a match in which they have been superior to their rival at all times. Although the goals came in the second half, the team’s performance has been very good in both parts, both with and without the ball. The negative point has been the physical problems of Nico Williams and Yeray Álvarez, who have retired early in the first half hour of the game.

As in the last friendly, Athletic has shown a great level in terms of organization. From being well placed on the field, the lions prevented Dortmund from generating dangerous situations and controlled a star like the Norwegian Haaland. Except for a ball saved by Yeray on the line after a rebound, Jokin Ezkieta had hardly any work before the break. When it came to attacking, the fluidity of the circulation and the quality of the passes was very good, which activated the races to the space of those above or found Sancet to start dangerous exits. Of course, there was a lack of success to transform those advantages on occasions, except for a ball hitting the post in the final stretch of the first half.

Shortly after the restart came the first goal of the contest. Burki knocked down Villalibre inside the area and Raúl García did not miss from eleven meters. The goal spurred on the locals, who shortly after scored the 0-2 in a lateral foul finished off by Vivian at the far post. With fewer advantageous situations, Athletic managed to generate clearer chances, including a heads-up from Berenguer in which he couldn’t beat Burki. That fluidity allowed the block to advance together, better occupy the spaces and press effectively after losing the ball in the rival field. Muniain appeared with some frequency and the sides could come freely from the sides. In defense that solidity was maintained, preventing any chance of the rival.

A prestigious victory to close a ‘stage’ in which the sensations have gone from less to more. The great physical workload is still noticeable in the legs of some players, but the fruits of the many hours that Marcelino has invested in the tactical aspect are also beginning to be seen. The bad vibes of the first day are behind us and now Athletic focuses on their last three friendlies of the preseason before facing the league championship with qualification for Europe between eyebrows.

Getafe already knows that Sporting does not negotiate for José Gragera