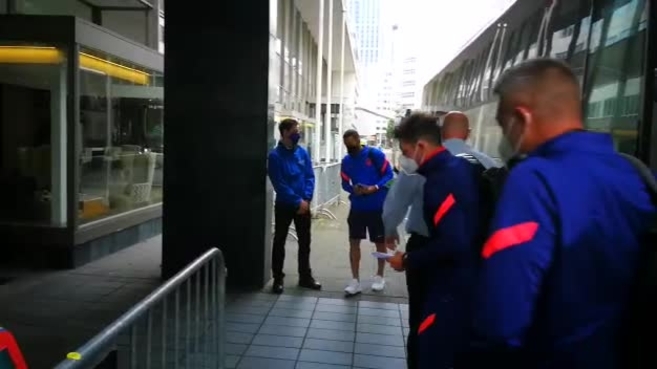 The Atlético de Madrid expedition, led by Simeone, already rests at the Hilton hotel in Rotterdam after leaving early in the morning from Madrid airport.

After arriving around 12:30 p.m., the players will eat, have a nap period and leave for De Kuip, where Feyenoord awaits at 5:00 p.m. to end the pre-season friendlies.

In fact, after a summer in which the homegrown players would have a leading role in the absence of the internationals, This friendly will serve to see for the first time a team much closer to the one that will begin to defend its champion crown in Vigo next week.

The Appeals Committee keeps Diakhaby yellow for arguing with Cala

Simeone: “Soccer is fairer with VAR”

Diego Martínez: “We are prepared”