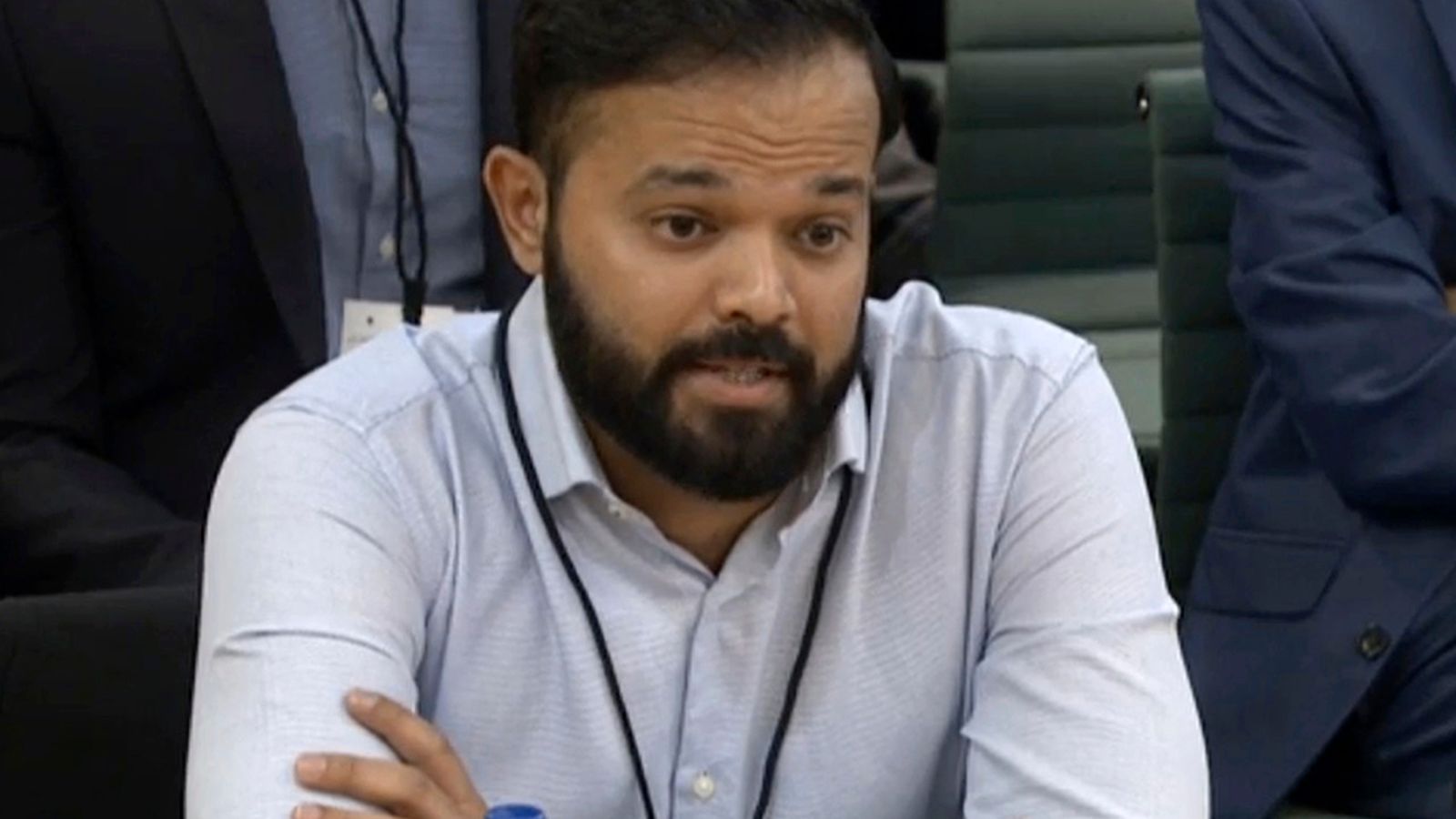 “Yorkshire people should be able to see England at Test and White Ball games in Headingley this summer,” Rafiq said in a Daily Mail column; the former Yorkshire player said the county club is moving in the “right direction” under new president Lord Patel

Azeem Rafiq called for Headingley to re-host international cricket, two months after testifying at a DCMS select committee hearing on the racism he suffered while at Yorkshire CCC

Azeem Rafiq believes that Yorkshire’s international cricket ban should be lifted after stating that the county club is moving in the “right direction” under the chairmanship of Lord Kamlesh Patel.

Yorkshire was suspended in November from hosting major or international matches by the England and Wales Cricket Board (ECB) for its “totally unacceptable” handling of Rafiq’s claims of racism.

Rafiq also testified at an emotional DCMS hearing two months ago, and in a column for Wednesday. Daily mailThe former Yorkshireman said the county has shown positive progress since Lord Patel replaced Roger Hutton – enough, in Rafiq’s view, for Headingley to host international cricket once again.

“It has been a whirlwind since I appeared in front of MPs almost two months ago, and what Yorkshire and Lord Patel have done to bring about change is definitely a step in the right direction,” Rafiq said.

“That is why I think the time is right to say that international cricket, so vital to their own survival, must be given back to them. The people of Yorkshire should be able to see England at Test and White Ball games in Headingley this summer.

“The county had been very reluctant to implement any kind of change during my time at the club, and since then I have highlighted everything that had happened to me there. And that is why we were here in the first place.”

“But if we are asking an institution to look at itself, we have to recognize when it starts to show that it is really sorry and tries to start fixing things. Yorkshire needs support and help to move in the right direction. They seem willing to do. the right thing to do now. Hopefully his actions under the new president, Lord Patel, have shown that. “

Lord Patel also expressed his wish that the Yorkshire suspension be lifted, suggesting that the ECB could make a decision by the end of January.

The Yorkshire chair said in a opinion piece Tuesday: “I hope Yorkshire can set a clear model for other clubs to use, so that we as a sport can raise the bar for how we treat each other and how we measure our success.

“I also hope that the people of Yorkshire and our fans across the UK can start to feel a glimmer of pride and of course that the ECB’s decision later this month will make our beloved stadium capable of being again. a world stage for excellence in cricket.

“While we still have a long way to go and a lot of hard work ahead of us, the potential reward is great – a once in a generation opportunity not only to transform the game in Yorkshire, but also to provide a model for learning and change, both in cricket and throughout the world of sport. “

Meanwhile, Rafiq also praised Darren Gough’s appointment as director of cricket, adding: “I am encouraged by his involvement, especially since the game needs people like him to be directly involved. Goughie will get things done.”

A report from the parliamentary committee on the crisis of racism in cricket will be released on Friday.

The DCMS all-party committee said it will present its findings later this week after the Rafiq hearing in November.

Yorkshire accepted in September last year that there was “no question” that Rafiq had faced racial harassment and bullying during his time at the club, as they published a summary of the findings and recommendations from an independent report that was launched almost a year ago. year before.

However, the county faced significant backlash for its decision not to release the full report or to take disciplinary action against anyone based on the report.

On the same day, the committee heard from Rafiq, it also heard from current and former Yorkshire Presidents Lord Patel and Roger Hutton, and England and Wales Cricket Board Executive Director Tom Harrison.

Rafiq said attempts to file complaints about the discriminatory treatment he faced in Yorkshire fell on deaf ears, before an investigation was finally launched in October 2020.

Chief Executive Officer Mark Arthur resigned four days before Rafiq’s appearance before the committee, while Yorkshire announced on December 3 that Cricket Director Martyn Moxon and Head Coach Andrew Gale were among 16 staff members who had been laid off.

Lord Patel said on November 8 that the county had resolved a separate Rafiq labor court claim.

The Independent Commission for Equity in Cricket (ICEC), which looks at racism and discrimination within the game, said it was “flooded” with more than 2,000 responses in the fortnight after a test call was opened on Sept. 9. November.

On November 29, the ECB released a 12-point, game-wide plan to address discrimination, with Harrison admitting that the sport had been hit by an “earthquake” following allegations of county-level racism by Rafiq. and other players.

The plan includes a review of the ECB’s governance, which will consider whether the sport needs an independent regulator. The DCMS committee questioned the effectiveness of its oversight of the Yorkshire handling of the Rafiq research.