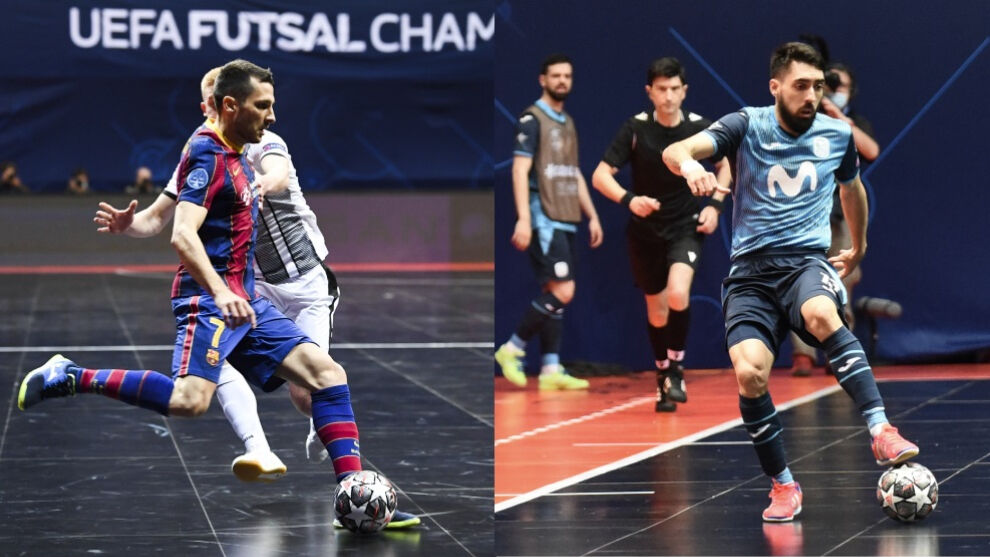 The Catalans will face Kairat and the Madrid team against Sporting, the teams that defeated them two seasons ago

Movistar Inter and Barça once again share the semi-finals of the UEFA Futsal Champions League, as they did two seasons ago, and will do so again against the same rivals. Both will seek their particular revenge. The Madrid team will face Sporting de Portugal this Saturday (3:00 p.m., Let’s go) and Barça against Kairat Almaty (8:00 p.m., Let’s go), the two rivals who got them out of the final in 2019.

For the azulgrana team it is their fourth consecutive semifinal They fell in 2018 to Movistar Inter and in 2019 to the Kazakhs, before beating the Russian KPRF last season on penalties.. Now Kairat will be measured again, which in this case will not be able to count on Huguita, sent off in the quarterfinal match. Yes, there will be Ferrao, who missed the appointment two years ago also due to a penalty.

In the first match of the day, Movistar Inter will meet again with Sporting, who already defeated them not only in the 2019 semifinal, but also in the 2015 Elite Round, leaving Jesús Velasco’s men without a Final Four. The Madrilenians took their particular revenge in 2017, when they won the final 7-0, repeating the following year with a 5-2. The Portuguese team reached the semifinals after defeating the Russian KPRF of Lin and Raúl Gómez by a tight 3-2.

With Tino Pérez, Movistar Inter is a much more intense team, more aggressive in a good way, with a lot of mobility, very committed and united

Nuno Dias, coach of the Portuguese team, said: “The clubs are the same, but the individualities are different. We are not the same as in 2019 and neither are Inter. I saw him many times this year because I like futsal and I like to watch different championships. Not only did they change players, but also the coach. They are different game models, different characteristics. It is a much more intense team, more aggressive in a good way, with a lot of mobility. They got great results, it is a very committed and united team and that is synonymous with great quality. They will put us in great difficulty. “