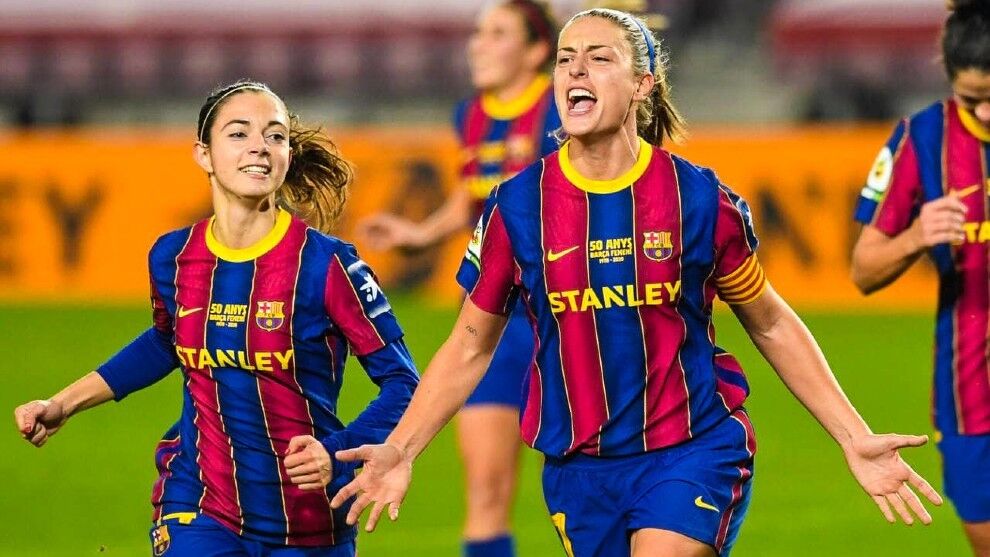 On April 22 and 29, 2017, Barcelona faced PSG in their first Champions League semi-finals. The team led then by Xavi Llorens could do little in the face of the physical strength of the French team, which prevailed both at the Mini Estadi (1-3) and at the Parc des Princes (2-0). Four years later, the evolution of both teams (second and fourth in the UEFA rankings) They are singled out as the main candidates for a continental crown that Olympique Lyonnais has vacated after five consecutive years, inscribing their name in the competition’s record.

“We know that PSG has great physical power, a very high pace of play, a lot of speed. They will be two very demanding games, different from all those we play in the League. We both see a unique opportunity to reach the Champions League final. League and winning it “, says Lluís Cortés. The first stake will take place this Sunday (3:00 pm, BarçaTV and Esport3) at Stade Georges-Lefèvre in Paris.

The Barça coach, who has sent his entire squad to the French capital, will not initially be able to count on Andrea S. Falcón and Asisat Oshoala due to injury and Patri Guijarro due to suspension, whose replacement in the starting eleven points to Kheira Hamraoui. “We expect a team that will pressure us throughout the game. It will be an intense and physical match and we are prepared. We are going to Paris to win, it is positive to play the second leg at home, but we want to score away,” says the French midfielder, who played for PSG between 2012 and 2016 a total of 67 games scoring ten goals.

The protagonists have classified the game as an early final and it is no wonder. Barcelona leads a large part of the offensive statistics of the championship: attacking plays, scoring chances, goals, top scorer … “It will be a special game. We will go with the desire for revenge and wanting to continue making history. The Champions League was a prize before and now it is the goal,” he says the top scorer of the continental course (5 goals) Jenni Hermoso, who also played in the ranks of PSG one season (2017/18) a total of 19 games with six goals scored.

The PSG of Paredes and Endler

The leader of Primera Iberdrola faces a powerful PSG that is going through the sweetest moment of the season (and in recent years) being the outstanding leader of Division 1 Féminine and as Lyon’s executioner in the Champions semi-finals. “We all want to win this Champions League to show that we are the best team in Europe. For us, winning everything is always a goal, and this year we are on the right track on all fronts. I think the tie against Barcelona is a great test for us, “says Ashley Lawrence.

The team led by Olivier Echouafni is a very physical, intense and fast team that has two players well known to the Spanish public: the Chilean Tiane Endler, one of the best goalkeepers on the planet, and Irene Paredes, captain of the Spanish team, who is living her fifth season at PSG and whom rumors place her in the orbit of Barcelona for next season. “It could have been a final, but being in the semifinals all the teams are very good and we have to win whoever touches if we want to win the Champions League. Barça is very strong. It is already common to see them in the last rounds of the Champions in recent years and that is that they are doing things well. We will have to take out our weapons to be able to win them, “says Legazpi.