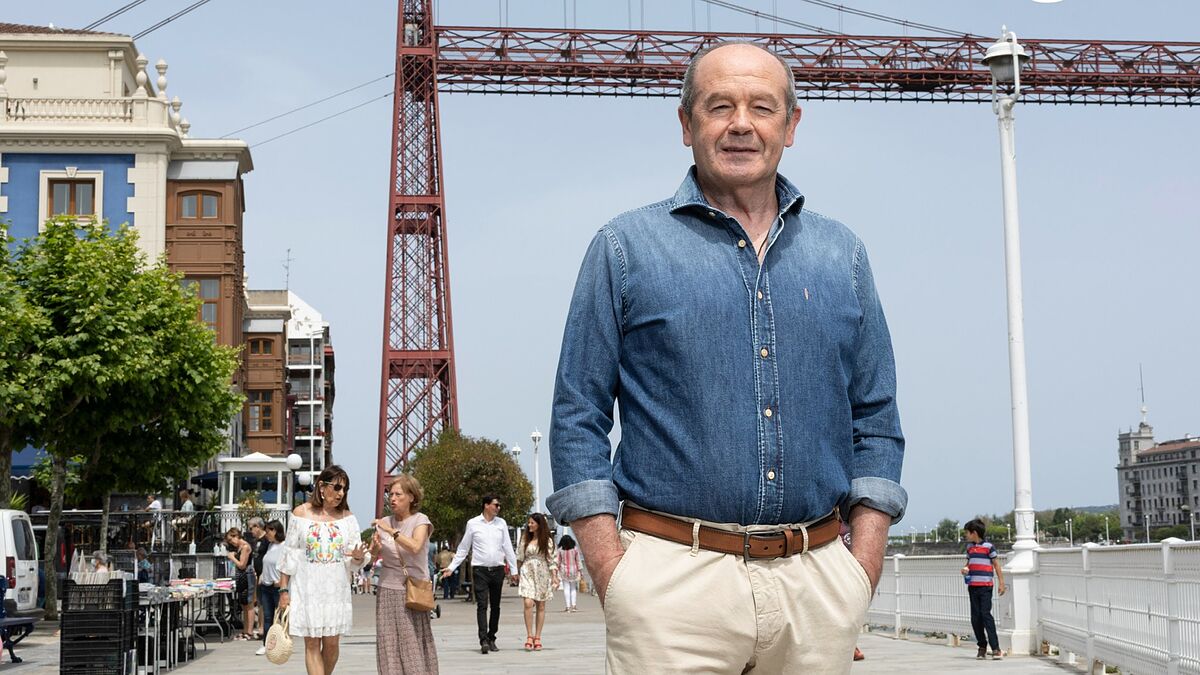 RIcardo Barkala (67 years old) is the oldest candidate, but not the one who has been a partner the longest. He knows the ins and outs of electoral campaigns, in his political case, and knows better than anyone that no one has yet decided. Pagasarri’s usual as soon as he has a day off, he chooses to answer the questionnaire with an email, perhaps that’s why some answers are so dry. “I will be the president of Athletic Club and I will try to work as a team and that all the people who make up the entity have impeccable professional and ethical behavior, something that unfortunately cannot be found in all the areas that surround Athletic“, loose.

What is your first memory of San Mamés?
As well as seeing Iribar, which stuck with me, I always remember waiting as a child at the end of the game to get autographs. There were no cell phones then. A real treasure, even the simple fact of ‘touching’ the players.
What place do you occupy in the field and how long have you been a member?
Alta Norte Grandstand, for more than 20 years.
Do they look at you differently on the street because of being a candidate for president?
The truth is that yes, but it is something that we counted on. It is still a symbol of the greatness and importance of Athletic in our society, although there are those who sometimes want to ridicule, even from the media, the people who choose to lead the institution.
Do you have a plan for June 25?
The first idea that comes to mind is to try to rest because the campaign is being hard. We are facing a lot of exposure of all kinds, but it was something that we knew was going to happen. We are not going to fall into any victimhood, but it is certain that on the 25th we will need to rest.
Against which rival do you never like to miss the match of each season?
The real Madrid.
Who is the player that has made you enjoy the most with the rojiblanca?
I have enjoyed playing with Iribar, Rojo I, Guerrero, Aduriz,… although for me any player who wears our shirt is worthy of praise and, therefore, it makes me enjoy.

And the coach who has taken the face more than once in football discussions?
Each era is different, Ronnie Allen, Koldo Agirre, Clemente, Heynckes, Bielsa, Valverde, Marcelino… they have all left their mark.
What has been your strangest or most remembered trip to see an Athletic match?
I have several, one to Vienna to play against Austria, which in the end could not be played, due to the snow, when we were already on the pitch. And also unfortunately, in the Bucharest final, I traveled with my three daughters and without a hotel, what a beating!
Are you in favor of the president of Athletic having a salary?
No, if I am elected I do not intend to charge anything and I take the opportunity to remind you that my dedication will be one hundred percent after an orderly transition in the Port Authority, which is a public body.

In the Bucharest final, I traveled with my three daughters and without a hotel, what a beating!

Where would you like to have your office: Ibaigane, San Mamés or Lezama?
in Ibaigane
Will it be an executive or institutional president?
I will be the president of Athletic Club and I will try to work as a team and that all the people who make up the entity have impeccable professional and ethical behavior, something that unfortunately cannot be found in all the areas that surround Athletic.
Florentino Pérez, Cerezo, Laporta, Ángel Torres, Aperribay…. Is there anyone who calls your attention for something?
Nope
The president-elect will arrive at a time of institutional upheaval between RFEF and LaLiga. What will he do?
Represent Athletic in all institutions in the best and most efficient way possible. Far from flag wars and personal interests. The club has to regain specific weight in all institutions, including the ECA and UEFA at European level.
Do you know how many workers the club has on the payroll?
No, but taking into account that in Lezama there are around 160, surely it will be more or less double.
Will you talk periodically with the coach or report to the athletic director?
I am a dialoguing person, I like to talk, share, with those who make up my work teams, and that is how it will continue to be, but the sports management of my board will be in charge of carrying out the day-to-day with the professionals.
Will you invite the other two candidates to your first official match in San Mamés?
Yes.
Can being president of Athletic be defined as an act of passion?
Of course, Athletic is the biggest thing there is.
If he doesn’t win, will he reappear or will he disappear from the scene?
If you don’t win, you have to congratulate the winner and let him work.