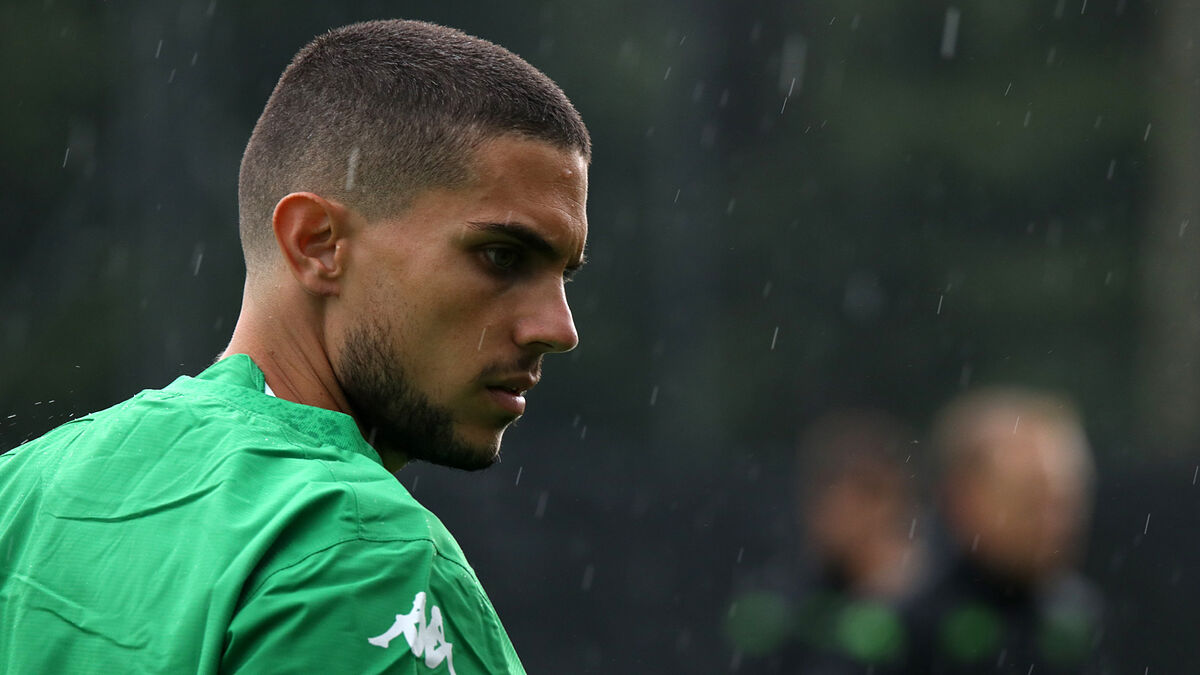 Marc bartra, who is already recovered from the muscular problems that he suffered in the last days of preseason and that prevented him from participating in the first three league games, has passed this noon through the microphones of Radio MARCA Sevilla to analyze how he faces this new course at the Verdiblanco club, with the return to European competitions.

How you are physically

“I think it is the first preseason that I miss several games in my entire career. The important thing is how I am now. I am recovered, available and looking forward to the first victory of the team and to be able to be.”

What problem did he suffer this summer

“In previous years things were perhaps more complicated. This preseason was somewhat muscular, less important. I have been preparing to have a good preseason even if it was not with the team, apart, and now I have been feeling quite good for a couple of weeks and that. is the important thing. “

Ready to play on Monday in Granada

“If the coach decides, I think it’s a good day to be able to play my first league game, yes.”

“Yes, it is clear that the start has not been as we expected, but now most of them are available, with more competition, there is a stretch of important matches to be able to give that blow on the table and show the good team that I think we have” .

The importance of being solid in defense

“Yes, totally, it is clear that it is a team of high-quality, creative players, but the difference and the best level we gave it when the whole team, from the first to the last, put on the overalls and we began to be a team solidarity that without the ball was together, compact. And with the quality that exists we will always have chances and score goals. It is something of the team, mental, spirit, everyone, to help and not only defend four or five but the whole team And with the quality of the great players that there are, it paid off and we were able to qualify for Europe. It is something that has to be permanent almost at the club, to set ourselves that goal knowing that it is very complicated, but that we have the equipment for it, to fight at the top “.

We reached the best level when the whole team, from the first to the last, put on their overalls and we were in solidarity

The requirement to compete every three days

“I talk about it with my people and they also tell me that what I’m used to is competing every three days, being focused, having games, playing in Europe … That’s what I like Really, for what I came to Betis, to play in Europe, to compete every three days and this year it will be fulfilled again. It is what I have been used to all my career except these last two years and it is what I It makes me more focused. When you play a game a week, on a Saturday and then until Sunday or the following Monday, there are many days, and with the squad that there is, I think we will be more focused to play a good role. The year in Europe with Setién we reached the semifinals of the Cup almost deserving to be in the final … Yes it is true that the last two months we had a slump, but until then we had a great season, you have to be mentally prepared to go to the top. “

“It is a very beautiful group, but at the same time very demanding. They are the two adjectives that I put to the group because they are teams used to playing the Champions League, being one of the greats in their leagues, and with Betis we have a lot to say. Very nice matches are going to be seen in very good stadiums. We want to play a great role. “

The final, at the Sánchez-Pizjuán

“We focus a lot on the day to day, now we only think of Granada, and then Celtic, we will think about the group and passing it that there will be enough difficulties to think further. But it is clear that in the end we will go watching little by little. It has been the way the team has performed, thinking about the next game. Playing a final is beautiful anywhere. It is clear that here we are next door, in the city, with all our people and can be very, very beautiful, but what we focus on is doing a good role in the group because football today is the present, as soon as you think about the future you can get a little confused “.

Schedules at home of the Europa League

“In that sense we are errands, we play at the times that we are called and we focus on what we can control in that sense.”

“Totally, in the almost two years that I was in Germany I could see that the teams are very competitive from the first to the last, with a very tough, strong mentality, which means that at any moment of the game they can create chances for you, they shake you, in transitions they are very good … I know them a lot and I also follow the league, it is a great team, one of the best in Germany and it also has unbalancing players who will surely force us to offer our best version to win the games “.

The challenge of repeating European qualification

“That’s right, and that goes through stability, from the inside out. In the locker room, to be strong, united, knowing that we are all going to be important now. And then there will be moments of the season that maybe the things and others that cost us more, because there are many games, but we all have to row, the club is doing things very well, we have strengthened ourselves well … It has to be our mentality. And the year we are in Europe, for For example, I was here, we did a very good job in the Cup and we were two points away from re-entering Europe, having played in Europe. We know the way forward, but you have to have that ambition or maturity. We are quite a few those of us who are used to playing in Europe and have to be there yes or yes “.

I have known Bellerín since he was 10 years old, he is Betic like his family and he is excited, eager

The signing of Héctor Bellerín

“I have known him practically since I was 10 years old. He is smaller than me, but we coincided in the Barça Sports City because we coincided in the lower ranks of La Masía. We were lucky enough to coincide in the European Championship in France in 2015 and although we did not have many minutes, we were there, training, qualifying for the Euro and we have a very good relationship. We kept in touch and before he came I spoke with him. I knew something … I have a very good relationship with him. He is Betis, his family is, and he was excited, eager, you see him in these first training sessions that he wants to do important things with Betis “.

The other reinforcements of the course

“We have strengthened ourselves very well, all the players who have come are of a high level. We know Willian José from La Liga, he is a great striker, Germán Pezzella who will help us a lot … Sabaly, too bad about that injury, but of all those who have come, we will need “.

How you see the template

“It will be seen during the season because football is like that, but looking at those who have left and those who are here, I don’t think the team has weakened, even in some aspect it is even better. That has to be our mentality, At no time has it been weakened and hopefully we can show it within the field that it is so. “

Seeing those who have left and those who are here, I do not think the team has weakened, in some aspect it is better

Surprise for the departure of Emerson from Barça

“Yes, yes, he is a great player, with very, very good conditions, both technically and physically. He is a marvel, I have a very good relationship with him, he is a good uncle and I wish him all the best because he deserves it. Uncle with a lot of ambition, he is a winner, very competitive and surely Tottenham can do very well. “

What do you expect from the game against Granada

“They have a very competitive team with great players, 12, 13 or 14 good players, it’s a good team. I know his staff with Robert, I had him at Barça B and in the National Team, and I’m sure he’s doing a job so that the team performs the way it wants because it is a different profile than it had last year. It will be seen how they evolve. “

The selection? Betis first, 100%, because that’s what I really want, to give a great level here, and then we’ll see

Personal challenges for this season

“What really concerns me is recovering a great level, perhaps the one that led me to be in the National Team, is what I have in my mind, that it is not another season, that it be a great season. Everything happens by working, that I respect my health, and it is being this way, I have been feeling much better all this month and knowing that this is very long and there will be moments of all kinds, mentally I have also prepared myself to give a great year, recover good physical sensations and give a good level “.

The dream of the Qatar World Cup in 2022

“First Betis, 100%, because that is what I really want, to give a great level here, and then it will be seen. But it is clear that the coach’s way of doing things keeps us all awake because at any moment the call may come. That makes the League more alive than ever, that there is a lot of competition and that philosophy means that at least I, who have not been there for months, is also aware and eager to give a high level, I know you will see everything “.

The double final objective of Sevilla

Koeman: “Since the day of the announcement, nothing has happened”