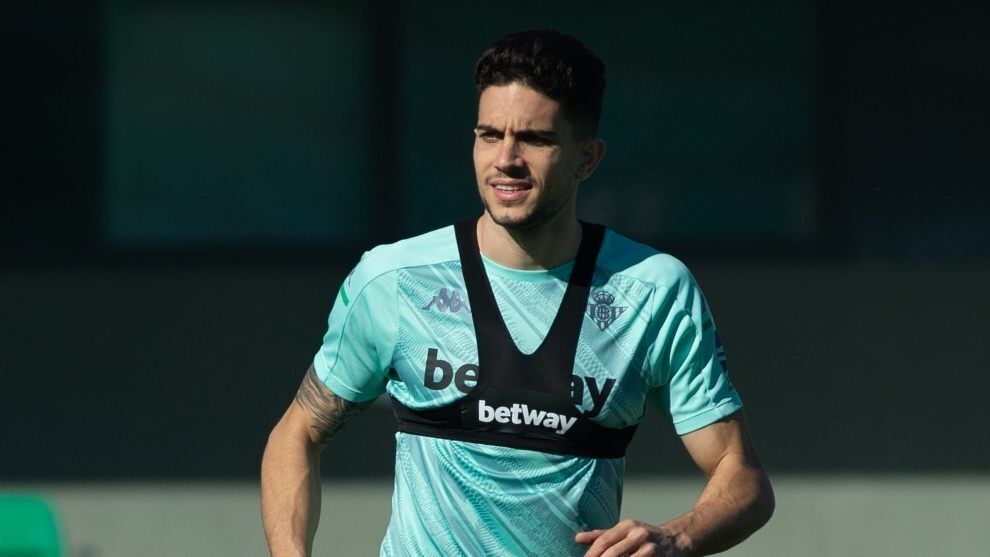 The Catalan central defender, after several weeks training with the group, hopes to return to Pellegrini’s plans soon

Marc bartra is living a difficult season in the Betis. For weeks he played with a sore tendon, forced to stop at the end of last year to make a full recovery. And during his convalescence, he suffered a gallbladder health problem for which he lost several kilos of weight. Now, fully recovered, he aspires to return to a starting eleven of which he has not been part since the visit to Granada on December 20. This has been confirmed this afternoon in an interview in Radio Sevilla.

His work in the shade

“I have spent these three months with the mentality of reaching these 10 games at 100% and giving my best version to be able to fight to be up there.”

“Before perhaps we were not so regular and now a very good consistency has arrived. The mentality and solidarity of the team has led us to achieve great results and achieve very good dynamics. Now, we are eager to experience it on the field as well.”

“I am more than prepared, I have been training everything with the team for weeks, feeling good. In the elite there is nothing easy, everything can change very quickly. But the coach does not marry anyone and is based on the performance of each moment and the what he sees in training. That’s what I focus on, on being at the highest possible level and letting him see that I am in a good moment to be able to help the team as soon as they need it. “

“The heel is what made me spend more time out, it was an injury that a long time ago I had discomfort but I controlled them very well. I like to work a lot and take care of myself and suddenly, due to the games and the preseason, things got out of control and it was even more until there came a time when I couldn’t continue to help the team. “

“It all came together a bit. If the episode of the last colic I had had not passed, the injury would surely have been a little less time, but that made me lose a week of recovery at a time when I was already facing recovery. The most The important thing is that I have both one thing and the other under control, and I am very grateful to the doctors and physios who are helping me, and to the nutritionist on the team “.

“He smells the situations and the moments of the players, he manages it well and gets a lot of performance. From the first day on a personal level I knew that he would grow, and at a group level it has been seen that he has been able to hit the key. Last year we had no He controlled the 90 minutes and we were frustrated, the coach has made us mentally strong so that we are solid when we do not control the game and he has made us be where Betis deserves to be “.

“I hope the team can reach the positions for which we are fighting. We all look at each other and we know what happens through Elche, we are going to win it and so on one after the other.”

His future at Betis

“It is a club that grows every day, I feel good and happy. What I always look at is the day to day, being happy and healthy and being in a team that competes. I still have two years left to finish my contract, everything changes a lot, but all I know is that I’m fine here. “