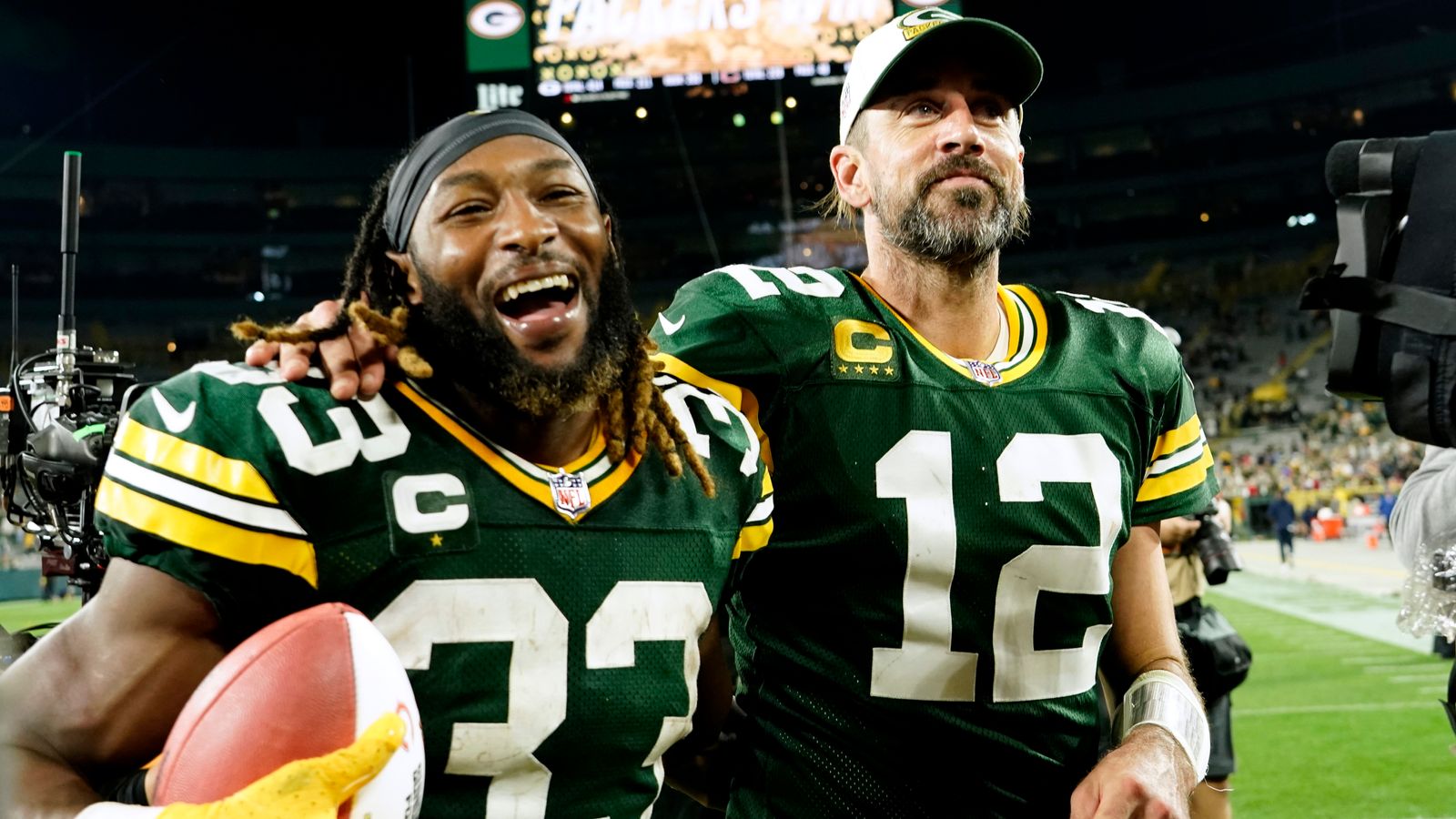 Green Bay Packers running back Aaron Jones rushed for 132 yards, and Aaron Rodgers joined the NFL’s elite club of 450-touchdown quarterbacks in a 27–10 win over the Chicago Bears.

The Green Bay Packers bounced back from a Week 1 loss to the Minnesota Vikings with a 27-10 home win over division rivals the Chicago Bears at Lambeau Field on Sunday night.

Jones had five carries for 49 yards and three catches for 27 yards in a 23-7 season opener against Minnesota, and the Packers (1-1) vowed he would play a larger role.

So it was. He pulled through, gaining 8.8 rushing yards and leading the Packers ground attack for 203 yards. He had 15 carries as well as three catches for 38 yards.

Green Bay beat the Bears 1-1 for the seventh consecutive time, coinciding with their second-longest winning streak in NFL history of the oldest rivalry of 205 games. The Packers won 10 consecutive wins over the Bears from 1994 to 1998. They have two other streaks of seven wins in this streak, from 1928-30 and 2000-03.

The Packers took a 24-7 lead, dominating the second period, then bet on the goal line in the fourth quarter to thwart the Bears’ comeback attempt.

A week after he struggled to connect with his new group of receivers, Rodgers was characteristically effective, hitting 19 of 25 for 234 yards and two touchdowns. The Packers are 24-5 against the Bears in games that Rodgers started.

David Montgomery of Chicago ran for 122 yards on 15 carries. Fields hit a touchdown and scored 7 of 11 for 70 yards with an interception.

The Packers beat the Bears 21-0 in the second quarter. Jones scored twice, both times catching a cross from Rodgers in the outfield to reach the end zone.

The first was a back pass that was treated as a 15-yard carry. On the second touchdown, Jones came into motion, caught a pass in the outfield, and shot from eight yards. Jones benefited from the return of right tackle Elgton Jenkins, playing for the first time since he tore his left anterior cruciate ligament last November.