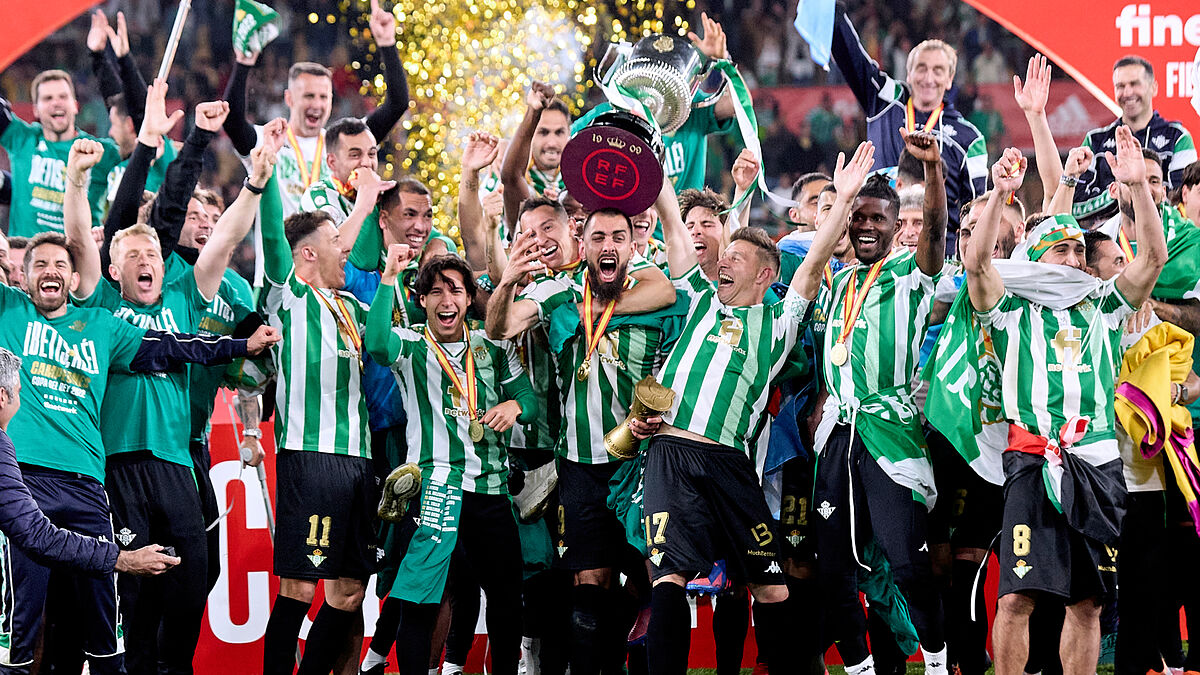 ANDhe Betis has wanted to put the finishing touch to one of the most successful seasons in its history, in which it repeated the European classification as fifth classified in The league and won a title after 17 years of drought, with a very special document. The famous ‘behind-the-scenes‘ from the end of the Copa del Rey that the verdiblancos disputed against Valencia last April 23 at the La Cartuja Stadium and that, as if it were a suspense movie, it was resolved in the last penalty of the shootout.

The historic goal of John Miranda from 11 meters he unleashed euphoria among the Betis fans who, after a long journey through the desert, saw their wish to return to New Square and win the fourth trophy in its history (a League and three King’s Cups). An unforgettable moment that left images to remember, some never seen until today, captured by the cameras that the Verdiblanco club had distributed throughout the stadium and the previous stages.

A historic display at Betis

The recordings of this documentary started on Friday, one day before the final, with the official training sessions and the press conferences in Charterhouse. Three cameras from five in the afternoon until one in the morning captured everything that was experienced in these hours prior to one of the most important matches in the history of the Betis. A display that multiplied on Saturday, many hours before the ball began to roll, and on Sunday, with the celebration.

On match day, up to five cameras from the team’s social media team Betis who leads Jose Antonio Peinadoone of the most famous digital content managers in The league Due to the spectacular growth that the Verdiblanco club is achieving in this area, they followed everything surrounding the grand final in detail: the previous one in The Alameda from two in the afternoon, the surroundings of the stadium, the arrival of the team, the match, the celebration… more than 14 hours followed by images to remember.

But the verdiblanco deployment did not stop there. On Sunday, from three in the afternoon and until one in the morning, another five cameras captured absolutely everything from the unforgettable Betic party touring the streets of Seville until you reach the New Squarevisiting the City hall and the Cathedraland closing the celebrations in a packed Benito Villamarín where the captain, Joaquinannounced its renewal for one more season.

In short, hundreds of hours of recording with which the digital content team of the Betis has been working for weeks to create a two-hour documentary video that now becomes part of the entity’s history. An indelible memory of one of the most important days for the entity in which he received the long-awaited reward for several years of growth, leaving behind moments of great difficulty.