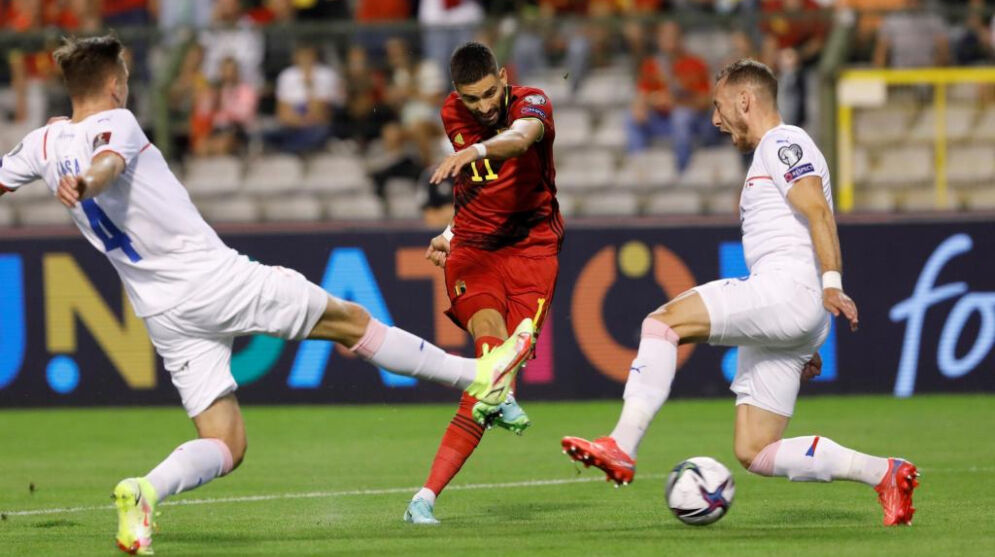 Good news for Diego Pablo Simeone. Selection of Belgium has released Yannick Carrasco, as he has also done with the madridista Courtois, of the dispute of the match against Belarus which is played tomorrow against Belarus. The now lane, thus things, may be at the command of Cholo from tomorrow.

With 11 players with their national teams during this intense break, the presence of the left-handed winger (in principle he will start there against Espanyol) eliminates a problem for the Argentine coach, who will receive players as the rojiblancos’ commitments end.

Tomorrow, in fact, Antoine Griezmann will arrive to start his second stage in a club that he left in 2019 to go to Barcelona. The now 8 rojiblanco will have until training on Saturday to enter the group dynamics again … and possibly have the first minutes with Atlético after being the protagonist of the last day of the transfer market.

It will be more difficult for the South American internationals who, like Correa, De Paul and Giménez as the most prominent, they will arrive just 24 hours before in Madrid. If all goes well, they will hardly be able to exercise with the group on Saturday before traveling that same afternoon to Barcelona for the dispute of the fourth day of LaLiga … where surely the liberated Carrasco is.

LaLiga suspends Oviedo-Mirandés after the death of Francesc Arnau

Bordalás ‘steps on’ Valencia at 57: the second oldest coach on the Mestalla bench

Barça internationals: scorers around the world