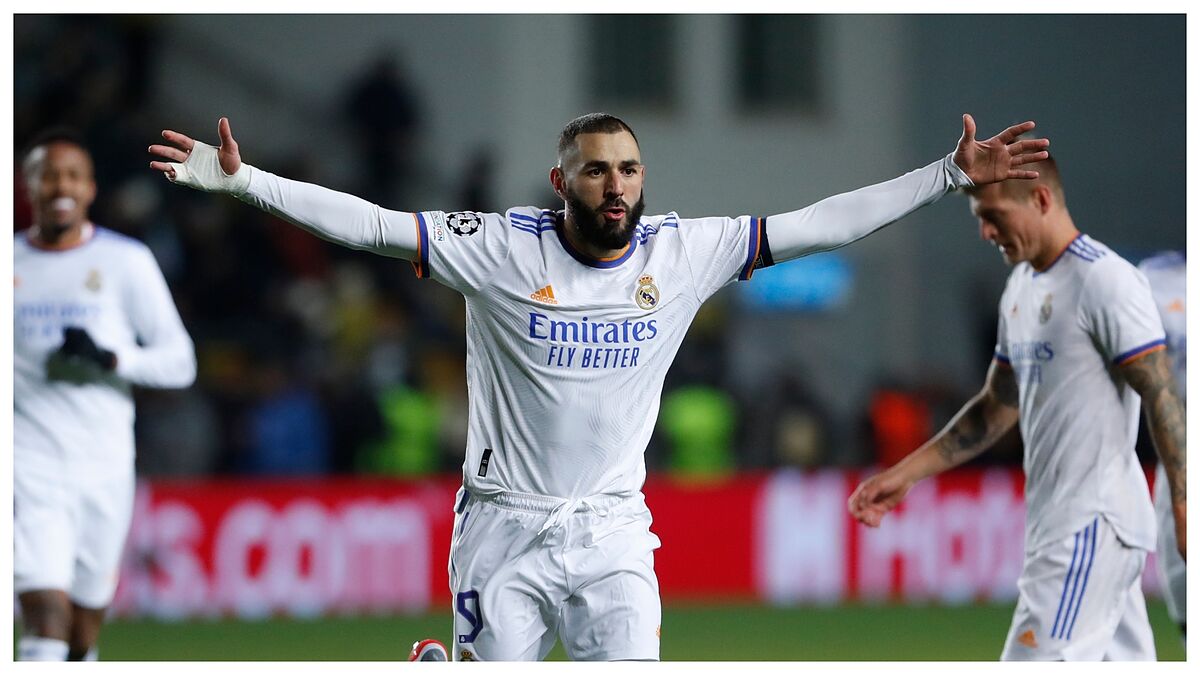 Benzema remains unstoppable in his ascent to Olympus of the white gods. The forward continues beating Real Madrid legends with his spectacular records, both in matches and goals.

This season, Karim (576 games) has already hunted in the historical ranking of matches disputed with Madrid Michel and Pirri, and against Sevilla he will do it with Camacho (577) to position yourself as the eighth player with the most games. In goals, he left behind Santillana to be the fourth top scorer in history and Raúl in the European Cup scorers’ ranking. His next target is Di Stéfano.

With the national team, in the last break surpassed Trezeguet’s 34 goals for France and he is already the fifth all-time top scorer with 36 goals, only surpassed by Platini, Grizmann, Giroud and Henry.

Benzema is getting closer to the mythical 300-goal bar with Real Madrid. To score his first 100 goals for white, Benzema took 5 years and five months. He made his debut on August 29, 2009 and was a centenary on January 18, 2014 against Betis.

On November 7, 2018, against Viktoria Plzen in the Champions League, Benzema reached 200 goals with Real Madrid (specifically the 201 after his double that night). Four years and 10 months would take for its second centenary. Now, just over three years after hitting 200, Karim is 6 goals away from the 300 as many as madridista, a select club in which they are only Di Stéfano, Raúl and Cristiano.

With 76 goals in the Champions League, Karim has already left Raúl behind (71 goals, 66 in Madrid and 5 in Schalke) and is the solo fourth all-time scorer in the top continental competition. Benzema has 135 Champions League games, 116 of them in white. Overcome the mythical ‘7’ white, Karim has a particular duel with Lewandowski (82) for being together with Cristiano (140 goals) and Messi (123) on the podium of the historical scorers of the maximum continental competition. Bayern’s ‘9’ has 82 and Karim, 76 (64 with Madrid and 12 with Lyon).