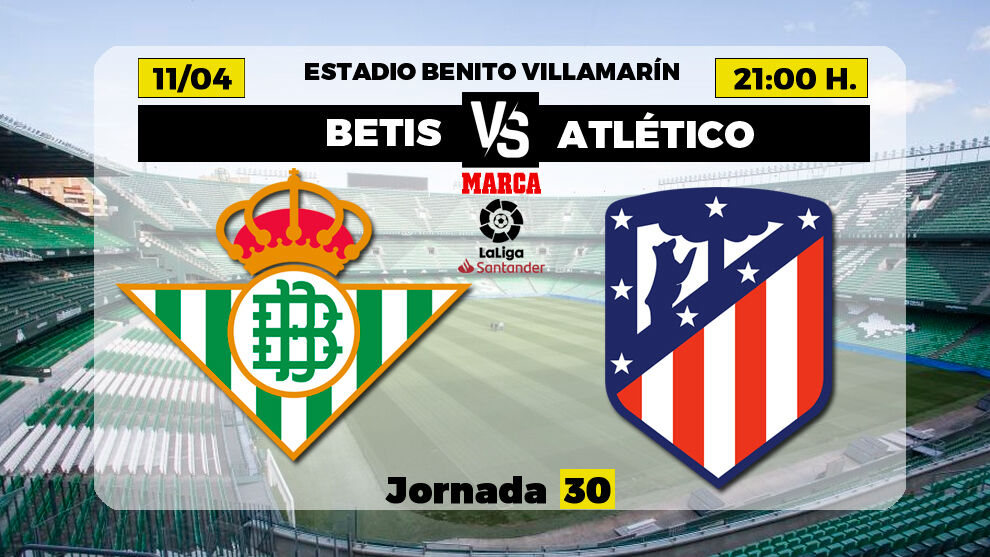 De so much repeating it, sometime it will end Atlético appear in Seville to play against Betis and they do so without their two most decisive players in front of the door. Marcos Llorente and Luis Suárez will watch the game from their homes. It is the turn of a Joao Félix who must assume responsibility at the most delicate moment of the season. For the first time since November last year, the rojiblancos will not sleep at the top of the table after the victory of the Real Madrid in the Classic last night. The Portuguese, absent in the last two league games of his own, assumes command.

Much has been said about the decline in Luis Suarez and the capital importance it has in the rojiblanco game. But more than in the game, the Uruguayan has been decisive in the effectiveness in front of goal. Atlético has been another in the seven games that the Uruguayan could not play. Three in the League, two in the Champions League and two in the Cup. Simeone decided to rest the striker in three of those games. Pamplona in the League, Cardassar and Cornellá in the Cup. In the rest, it was the Covid that made him not get dressed and could not help his teammates. And they were not simple games: Barcelona, ​​Valencia, Lokomotiv and Bayern were the other rivals that the rojiblancos faced without the Uruguayan. The summary, an Atlético with much more ball possession: 60.55% without the Uruguayan compared to 50.90% with him. But not only did the rojiblancos live without Suárez, the average number of occasions went up without the starting number ‘9’. Up to three more shots per game without the forward. Going from the 11.31 they perform with him to 14.29 in his absence. Of course, where the team suffered was in the effectiveness: barely 1.29 goals per game and that two matches were against teams of lower category.

But all that is still numbers. Just like the seven goals he has scored Joao Felix in League. Ten if we add the Champions League. The Portuguese faces the challenge of improving his effectiveness heading into goal in this decisive stretch of the course. Simeone is clear that effectiveness can be trained, but that there are players with thirty goals per year and others with five. Atlético need Joao to become a footballer who is closer to twenty than ten. A good part of the title options go through there. Improve in front of goal and convert the chances generated by the team into a goal. A team that without Suárez and Llorente will bet on trying to take the ball away from Betis. Players for this have: Herrera, Koke, Lemar, Carrasco, Correa and Joao himself seem like enough wickers.

THE BETIS FOR EUROPE

With only two defeats in 2021 and a partial of 27 points from the last 39 in play It would not be unreasonable to say that Betis receives the leader in their best moment of the season. However, like its rival, the team of Pellegrini He faces tonight’s game with very important casualties. Beginning with Victor Ruiz, sanctioned, who had established himself in the center of the rear and was being one of the keys to the green-and-white defensive improvement; passing by Saved, injured with his selection; and ending with his goal man, Borja Iglesias placeholder image.

The Galician forward suffered a strong blow against a post last Sunday at the Martínez Valero and has not managed to recover in time. With eight goals between the League and the Cup in his last nine appearances The Panda has finally found his moment in the team, after a year and a half of doubts. But tonight he will have to watch the game from the stands with the unknown regarding his substitute in the eleven. The logic indicates that Loren, despite his fateful season with the goal, he will have a chance again, although Juanmi, whom the coaching staff trusts, would also have their options.

PellegriniIn any case, he did not give clues, closing yesterday’s training session tightly and postponing the squad list to this Sunday, perhaps hiding some last minute news. The Chilean coach, who dismissed the stage of Simeone As an Atlético footballer, winning the Intertoto in 2004, he will try to get his team to face the rojiblanco team again, as he did in the first round in the Metropolitano, but that his good game is translated this time into fundamental points in his fight for European positions … and in his first triumph as a coach to Cholo, who resists him.