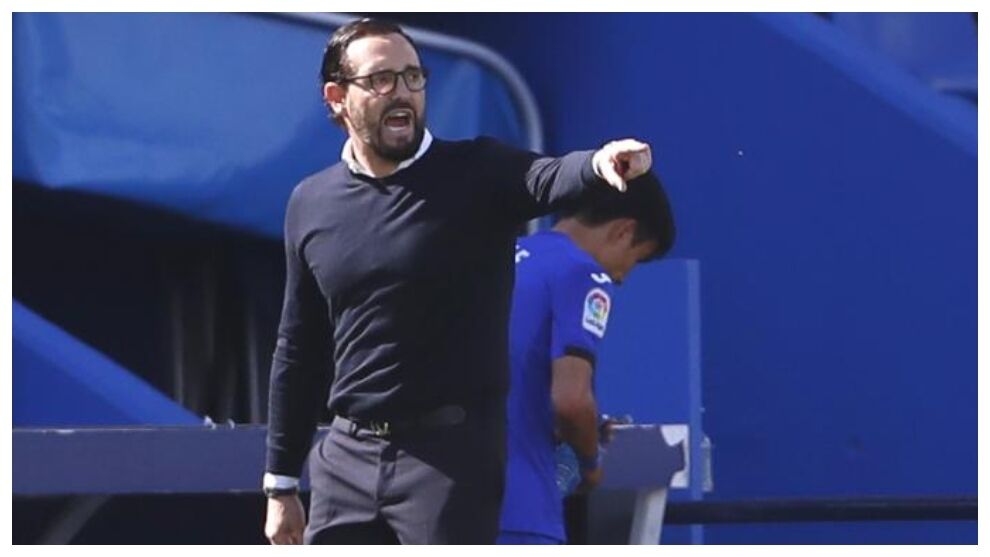 Question. How is the team after the painful defeat against Cádiz?

Answer. Eager to compete again after an unexpected adverse result. It was a game in which we deserved much more and we lost in the second half when the opponent had barely shot on goal. In fact, his goal was not even a shot on goal, it was a disgrace because we scored the own goal. From there the team tried by all means, but we did not have the success we wanted, something that is happening to us throughout the season and that has weighed down when it comes to having more points.

P. Two points in three days and a delicate situation.

R. It was not within the plans of the team. They were direct rivals (Elche, Osasuna and Cádiz) and our desire was to move them forward and score points, although not definitive, but very important. It could not be and we cannot think about the past. The team will surely step forward and we will get the necessary points for our objective.

P. You have scored against Atlético, Barça … and Madrid arrives.

R. Football is so surprising that we have done it being a less good season than the previous ones, but this is the reality. We have played good games against Barça and Atlético, why not do it against Madrid?

We have played good games against Barça and Atlético, why not do it against Madrid?

P. The year that is costing the most to get out of the bottom is the one with the most points with the greats.

R. Seasons ago we were told that beating one of the greats was the pending issue. And it was the least worrying thing for me. We would have traded for previous seasons. There was always a but when the seasons had been excellent. We fought for Europe, we were about to go to the Champions League … It was extraordinary, but there was always a but, there was always something.

This season is more in line with reality. A squad is made and circumstances make you flirt with relegation.

P. Did you expect to suffer like this this season?

R. This season is more in line with reality. A squad is made and circumstances make you flirt with relegation. The team continues to have the same commitment and we would not have signed anything at the start of the championship. But the reality is this. Other seasons we have been more successful in the face of goal and it has made us add more points. This season is a different goal. The challenge of staying in First is important, like many other teams.

Q. Do you think Real Madrid can show fatigue?

R. Real Madrid aspires to be among the best in all competitions and now it is playing to be league champion and we will see the best version. In the Valdebebas party they had casualties and were superior to us. It is a great and part as a favorite, it is inevitable. We have an enormous illusion to play a great game and score points. We are risking something really important.

P. Without Casemiro, but with Kroos and Modric …

A. Stopping those players at their best is very difficult. We have checked against teams with a higher level than ours, they have not been able to stop them. His midfield is talented, witty and has many virtues. We will prepare the game to try to make a great game at a collective and individual level.

P. Getafe also has his thing with injuries …

R. We have two important injuries with Cucho and Cabaco, which we have lost for the whole season in this decisive stretch.

If we see the results, not having the fans has done us a lot of damage

P. How much do Getafe miss your fans?

R. Very much. If we see the results, not having the fans has hurt us a lot. We had, and have, a relationship that has pushed us these years. It was that player number 12, but for real. In difficult moments they made the team get that energy that helped us score goals. We miss them as they do the Coliseum.

P. Enes Ünal returns to try to alleviate the problem with the goal.

R. We have had bad luck with the boy, we have not been able to count on him continuously and when he was better he was injured. He was injured a couple of times at the muscular level and they are players who need to be in a very good shape. When he was better, he had the misfortune like many others of catching the coronavirus. Now he’s back with the team and hopefully we can count on him because he’s a player who can give us a lot.

P. One that is standing out even more than other years is Arambarri.

R. Since he arrived in Getafe he has grown a lot, he has had a very high commitment. He has been an important player and continues to be. You have taken a step forward and are taking on a great responsibility. I am convinced that it will continue to grow. He does not stop working and trying to improve.

R. In the end, the one who works obviously improves. He who is humble to want to grow, improves. Hopefully he can continue to grow at the rate he is doing and we can see him succeed in a big way.

P. A message to the fans?

R. That they are calm, that we are going to give everything for Getafe until the last minute and last game. We may have a bad result, but they will not surpass us in illusion, desire and ambition. We have not had that fortune that will surely change at the end of the championship.