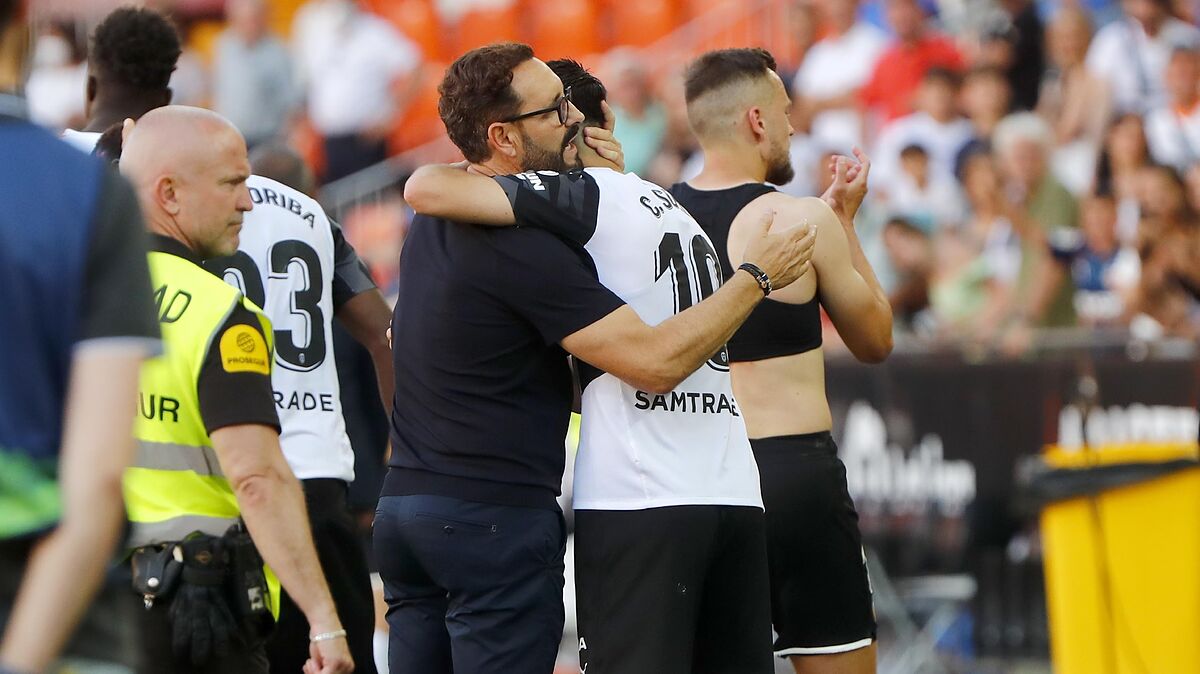 ANDhe Valencia coach Jose Bordalásthanked the support of the fans who were in Mestalla and, in general, that of all those who have encouraged the team during the course. He has made a overall positive feedback of the future of this campaign and its consequences and I have emphasized that the injuries reduced the squad at a key moment of the season. Asked if he will be at the first press conference of the 22-23 season, he has been clear.

Have you ever played a game with more people outside than inside? Do you know when the team will return to training?

No. I had never lived this experience but it is not what we are used to. Mestalla always has a very good entrance. The few who have been have encouraged the team. Thanks to the fans for the behavior with the team all season. Today LaLiga ends, the holidays begin, the boys leave and those who have international commitments, to continue working. We do not have an exact date, we will notify the staff shortly.

He’s been here a year. Do you understand the fans and that they protest like this?

I respect any decision and the fans. I’m not going to assess if it’s good or bad. The fans are sovereign and I only have words of praise. I respect whatever decision they make. We are not used to seeing the field in this aspect. Obviously we all know why.

They go on vacation, but the meeting is pending. Have you had contact with the president to talk about next week? If they told him when he arrived that he was going to finish the season this season, what would he have thought?

It is not what you want or what you expect to finish the season like the one we have finished. But I make a positive balance. The team has behaved well and has been growing during the season despite the difficulties due to casualties and injuries that have reduced our most competitive eleven. Despite this, the team has reached a final, many young boys have debuted, which is not easy and must be valued. The team has had a good response despite the difficulties and I am happy with the work and behaviour. We would have liked to be higher up, to be in Europe, but at the end of the season each team is where it deserves to be. Sometimes they take you away, other times they give you, it’s a long-distance race and we are where we have to be. Let’s see the next few hours. Today was game day and we haven’t spoken. I imagine that starting tomorrow the season will be analyzed. I know the squad well, we believe that there are players who should follow, others who should leave or go on loan. We have to prepare for a season that is going to be very tough.

Has anything been said about the atmosphere that was experienced today in the locker room?

We have commented little or nothing because it was time to be focused on the game. I have insisted during the week that it was very important to finish with a victory. The team, despite the fact that there was almost nothing at stake, we have been superior. Without being a brilliant game, the team has performed well and has added the three points. After the game we said goodbye, those who left thanked them for their commitment and wished them the best.

Would you bet a lot that in August you will hold your first press conference as coach of Valencia?

I don’t know if it will be in August or July. In principle there is no reason to think otherwise.