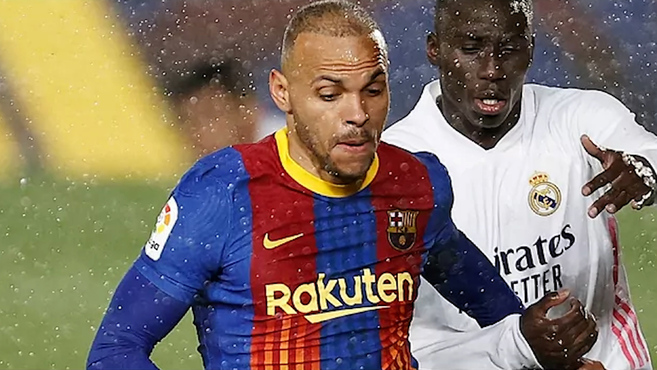 MArtin Braithwaite will miss the next Barcelona games after the injury that occurred this Tuesday during the first team training. The Barça club issued a part in which it reported that the Danish forward suffered a sprain on the ankle of his right leg.

As is customary in this type of communication, the club does not specify the time off the player will be. It is clear that he will not be able to play against Getafe and he has it very complicated for the Villarreal clash next Sunday. From here it will depend on how you evolve your ankle.

A new loss for Koeman who had seen how in recent days he had been able to recover Piqué and Sergi Roberto. At this time, the coach cannot count, in addition to Braithwaite, on Ansu Fati, Coutinho and Neto. The Danish forward is not having much prominence this season.