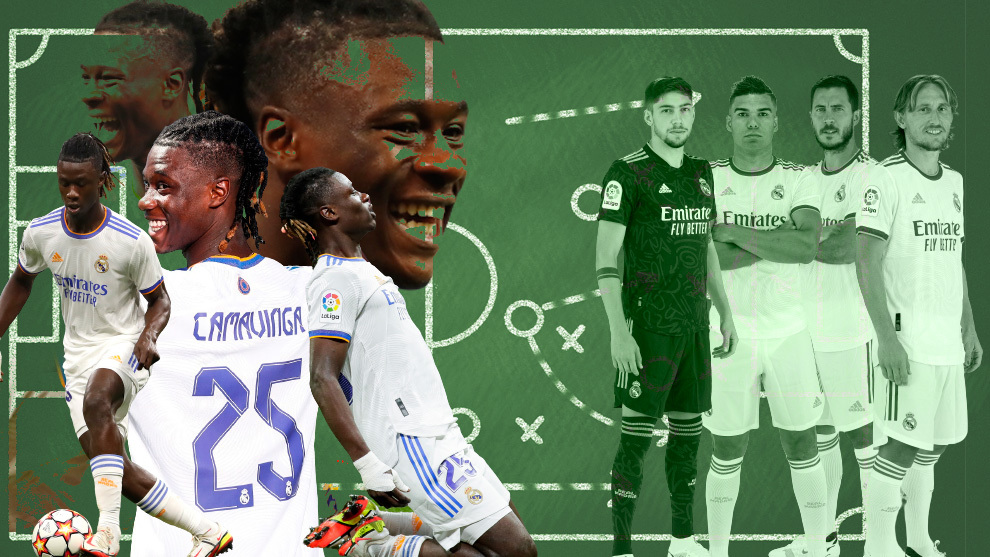 Eduardo Camavinga could not have started better in the Real Madrid. So much so that to continue with this progression it would not be strange to see him shortly in the starting eleven, even tomorrow against the Mallorca at the Bernabéu. Not only because of his influence in the three games he has played in a row coming off the bench, but also because players like Casemiro, Modric or Valverde, The three in the core have played almost everything in these last three games in just ten days.

If you are the owner, the doubt is what plan does Ancelotti have, that is, where to place Camavinga and by whom. From his three decisions in the last three games some conclusions can be drawn, but not definitive. If that It seems clear that if he plays he will do so in more advanced positions, since the technician has already made it clear that the footballer must improve defensively, and because it has also been where he has done it and well so far, with a goal and with assistance.

Therefore, Camavinga can play for a forward like Hazard, since Benzema and Vini they are now untouchable, which may force Carletto to change the scheme somewhat if he plays with four in the middle, or rest one of the midfielders.

The player has made it clear that he can play in any position, although in Rennes he stood out especially in areas of the field occupied by Modric or Kroos. The loss of the German subtracts a problem for the coach since the competition when the former Bayern is there will be even greater.

The doubt is especially in the case that Casemiro rests. Carlo can delay Valverde in that position, use Alaba, the youth squad Blanco or Camavinga himself. Without the defensive strength of the Brazilian, the coach can choose to arm himself in that area with four in the middle. In his first stage in Madrid, he already bet on a 4-4-2 with the best Isco and leaving Bale on the bench.

The other option is that Camavinga enters for Valverde with a role similar to that played by the Uruguayan, although at the moment that change has not been chosen by Carlo in the course of a match.

Girona – Rayo as a farewell match