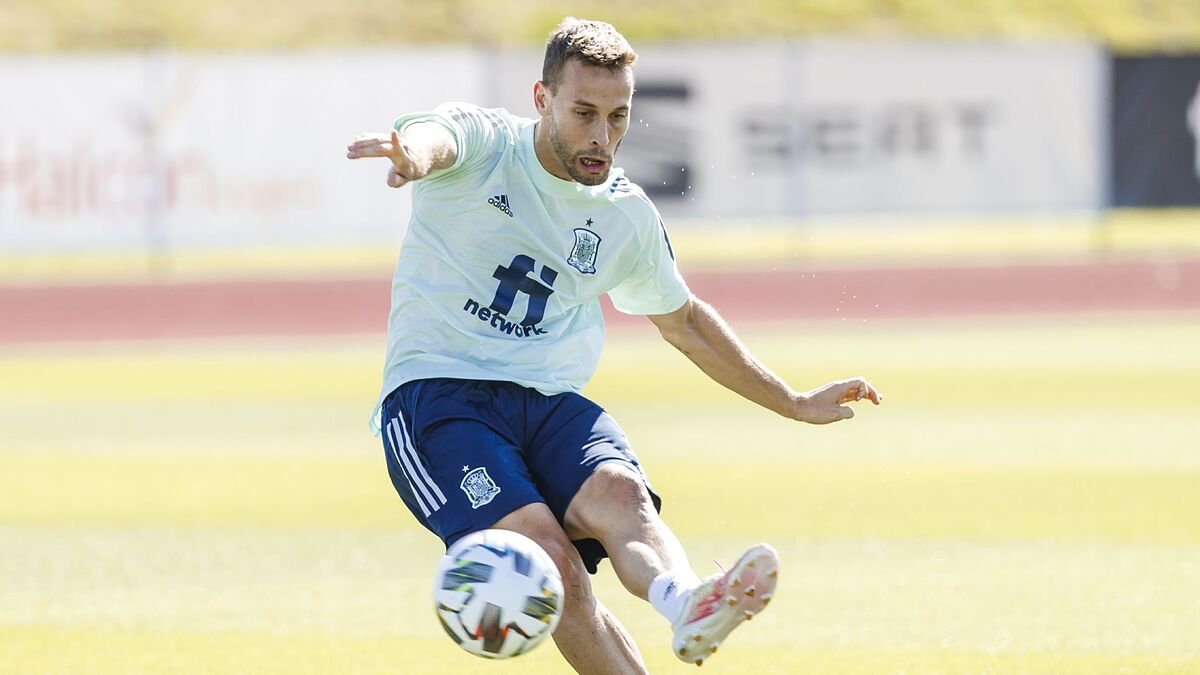 ANDl Betic midfielder Sergio Canales, concentrated these days on the Las Rozas Football City with the Spanish national team, passed through the microphones of Sports Radiogaceta, of National Radio of Spain, to analyze how he is living this great moment of his sports career, with his team in European positions and enjoying the absolute national team at the individual level.

The best moment of his career

“I’m enjoying it a lot. I’ve hit the key a bit, especially on a physical level, and that helps you perform much better, feel better, enjoy more and see everything easier.”

The goal of being in the national team

“Yes, of course, in the end, personally I try to work every day in my team so that the team is up and to be able to go to the national team. That is something that, whether I go or not, I will continue to maintain and fight for it. It is a privilege to be able to be here and defend your country. “

Adaptation to the Pellegrini system

“It has cost us a bit to get everything together. We started the season a bit hesitant, as we finished it last season, and as soon as we have understood a bit what it requires and what we need to win games, the team has taken a leap and look, it does For three or four months it was very difficult to see ourselves in the situation we are in now. And above all, it is not a streak because the streaks are broken with negative results. We have had a painful couple and despite that we have continued. “

We started LaLiga a bit hesitant, but we have understood what we need to win games

Your thoughts for the future during injuries

“Really, you live the situation at all times. My career has been a mountain, it has cost me a lot to climb to the top, but once you hit the right key and knowing how to be and knowing a little in the field, read the moments what the games are giving you, there comes a time when you value it and say ‘I have achieved it’. But during my career there have been many moments when I saw it dark “.

His scorer facet this season

“It was a bit of everything. In the end, I got injured against Germany, and it is true that after the injury I came back with great strength, I returned to a position in which I had not played much this season, which was the double pivot, and there It is where almost all the goals came from. Also a little when I was physically well, it gave me a bit to be in such a late position to reach the area, which is more difficult to cover if you arrive in the shade. It has made me see the door with more ease. Now I’m playing higher. I try to adapt to whatever the team requires at all times. It’s something good that the coach is seeing. “

With the reference of Xavi and Iniesta

“Yes, obviously, I grew up watching those players you have named, they have been my references and they will always be. It is the football that I like the most, that I have enjoyed the most and in which I find myself the best.”

Differences between what Luis Enrique and Pellegrini ask of him

“Yes, especially because at Betis, it depends on the game, I change the position a lot. Sometimes I play in the double pivot, another as a midfielder, others on the far left. In that sense, I change a lot. It depends a little on the game, But it is true that Pellegrini requires me much more mobility, a lot of freedom to go everywhere. And with Luis Enrique your position is more like an accordion, that the team goes from the beginning to the end. It is different, but both want the same, having the ball and attacking with the ball. “

A concentration without Joaquín

“Yes, it is true, Joaquín always gives you that touch in long moments. The concentrations are long and it is wonderful to be able to share these years with him. It is a joy to have him, I hope it will be for many years because the uncle is like a kid It is something that is contagious in the dressing room. But here there are also people who give you many things, each one must contribute their bit to the group because the idle hours are very important.

The win against Germany

“It is clear that it is an important victory and of enormous prestige. There have been no doubts in the dressing room at any time. We came to that game convinced, with great confidence. We depended on that game and what the group transmitted was a enormous tranquility. I have always seen tranquility. We are in a process in which we are growing a lot and the truth is that I am delighted, I enjoy a lot because it is a joy when I am on the pitch to have things as clear as they are. Very excited “.

Who will win LaLiga? What I would like is for us to enter Europe, the rest … who deserves it

Which team do you think LaLiga will win?

“I don’t know, for me everything is going to be played on the last day. I see Barça, Madrid and Atlético very strong. Madrid and Atlético still have to play against us, which is where I think they can play. But I see them very strong. , I see it difficult for them to lose many games. I see all three for the last match, I think it will be decided there, it will be very even. It is very difficult to win any game right now.

Would you like a triumph for Madrid as a former Madridista?

“Man, in the end it is true that I spent a year there. But what I would like is for us to enter Europe. The rest, honestly … the one who deserves it after 38 days is the one who is going to win it. I can’t say more. “