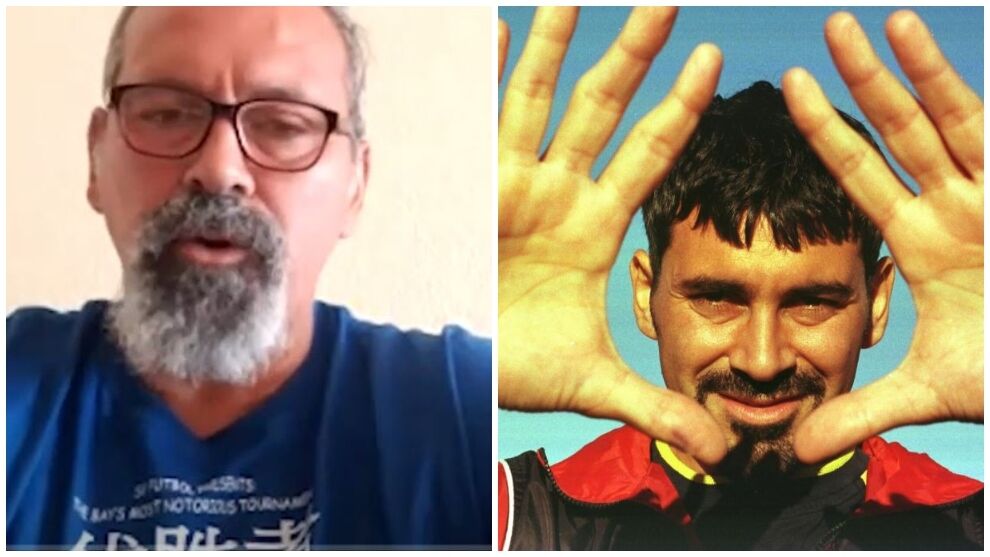 Carlos Roa, a former Argentine international goalkeeper who successfully played for Real Mallorca in Spain, reviewed the anecdotes of his career in Idols.

Specifically, during his time at LaLiga, Roa coincided, as rivals, coaches or teammates, with names such as Héctor Cúper, Luis Aragonés, Fernando Hierro, Fernando Redondo or Juan Carlos Valerón, of whom he leaves his impressions.

“I have had many discussions on the field of play. We have had hard and complicated encounters with Fernando Hierro. When we played, he always came to the area,” fought “you, got close to you, you elbowed him, touched them or stepped on them, because my habit was to step on the ankles or the ankles of the opponents when they came near me so that they would not approach and immediately made the gesture simulating. In our time, there was not as much camera as today. that I can do extra. I have had moments of those, tense. But when those things happen one is left with the peace of mind that this will never happen to adults and in no case doing things that could expose the team. With Hierro more than anything they were struggles or arguments, but in Spain my thing was impeccable, I never had strong encounters “.

His memories of Luis Aragonés

Luis’s talks were impressive. Everybody was around when he spoke, when he told his anecdotes

“We loved him. Everyone loved Luis. Luis’s talks were impressive. Everyone was around when he spoke, when he told his anecdotes. I have an anecdote about Luis with” Carlitos “, who came from Sevilla. Always or every so often He was coming late, and Luis told him “Damn, you don’t have to be late, you have to be the first to arrive. Fine. “I don’t remember how much he told him, but imagine he told him 3,000 or 5,000 pelas. The next day Carlitos came with a huge bag of potatoes with coins to pay the fine and he said” Here you go, Hostia “, and throw the bag. Aragonés shit with laughter. He had those things, you saw him as an approachable guy with good chemistry until you got him out of his mind and the guy was intoned and passed the things we all found out about. But everyone I know and he has met Luis, everyone speaks well of him “.

Héctor Cúper and a lemon

“He had a tough character, he was very special. I always compare him to a lemon. You saw when you eat a lemon, the face you make … (laughs) I hope you don’t see this note because it’s going to kill me (laughs). But yes, he had a tough character. Over time the relationship between coach and player improved. One of the virtues he had is that he was very clear. Very easy to understand what he wanted the team to do on the field of play. “

“He seemed like a complicated, unfriendly guy to me … But then I had the opportunity to meet him personally and the guy was really impressive as a person and partner.”

“I didn’t even remember that I had won the Zamora. I didn’t remember because one is getting older and I lose sight of many things unless they are named to me.”

Valerón did impressive things, he did them even when he grew up “

“He was different to everyone. He was number 1 far from everything in our time at Mallorca. He made a difference. The quality that that kid had to play with was impressive. When someone like that comes, you realize that they are really different. I don’t know if he would have had more recognition if he had been Argentine or Brazilian, but we recognized him, it was a pride to play with him. He did impressive things, he did them even when he grew up. They are those guys who were different. “

Final of the 97/98 Cup against Barcelona

“I experienced the tension because for us the Copa del Rey was very important because of how we had arrived. The percentage of execution of penalties is always more in favor of the player than the goalkeeper. If you add that in front of you you have guys from the size of Figo or Rivaldo, if I stop it I have to be extremely lucky and very inspired. Imagine that with all the effort I made with the issue of penalties, having the opportunity to stop players of that stature and yet we did not win The Cup is unusual. We ended up with an injured player, a player sent off and even so, it depended on us. It was left in history. “

Celta makes official the transfer of “Toro” Fernández to Juárez

Valencia renews Rivero and shows the door to Cillessen or Jaume