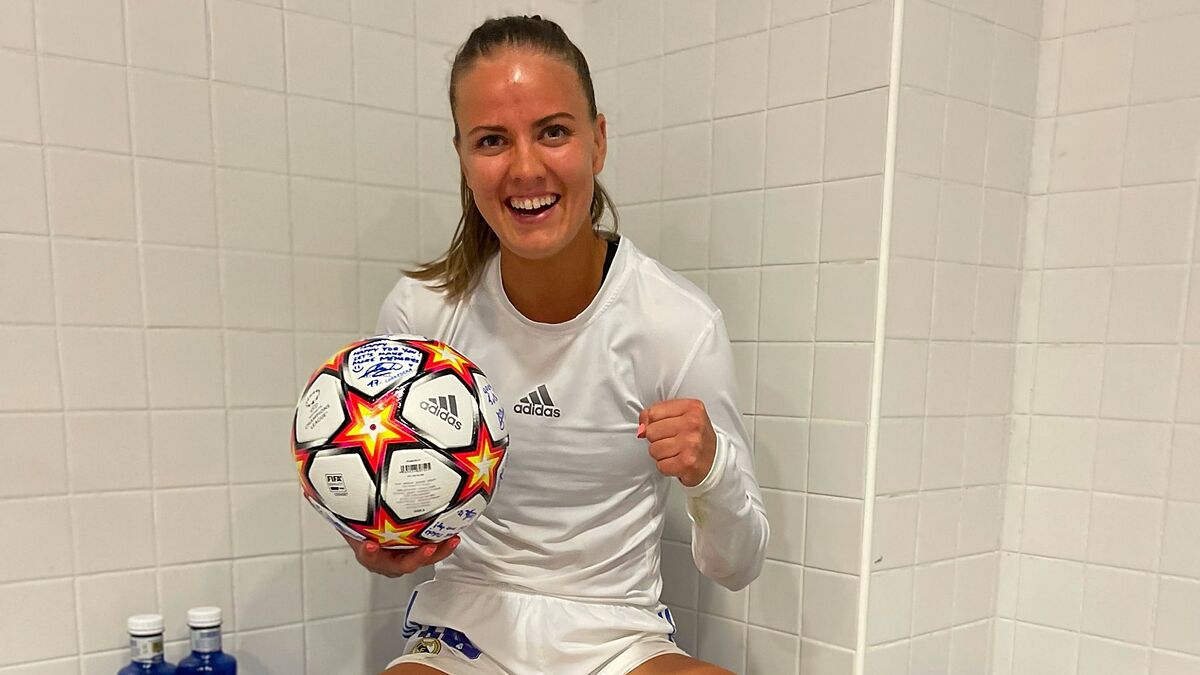 “Champions League nights are something else. “This phrase was pronounced Caroline Møller after scoring Real Madrid’s first European hat trick in the win against Breidablik. The Danish, who came to the white team last summer, chose the best possible scenario to claim and the best time to show her best version, because Real Madrid have three victories in a row for the first time this season and at least shelve the crisis of results.

The Danish was elected MVP of the match that measured Real Madrid and Breidablik at the Alfredo Di Stéfano. He scored three goals, could have been some more if not for the Icelandic goal, and gave an assist in addition to being especially participatory in the 73 minutes that was on the green. “It is always special to score a hat trick and I am very happy for the victory. We have prepared these two games well and today we showed that we were the best team. PSG is a very strong team, so we needed this confidence, also in the League, “declared Møller in the mixed zone.

Caroline adds two games in a row scoring (on Sunday he achieved the virtual 1-1 against Eibar), being the Real Madrid’s top scorer so far this year. Møller is vindicated in this way as ‘9’ that can have prominence despite the competition that it has on staff with Kosovare Asllani, Nahikari García, Esther González, Lorena Navarro and even the young Carla Camacho, Paula Martido or Ariana Arias.

Møller is just 22 years old and has plenty of room for improvement. Take advantage of his 178 centimeters in height to go well on his head, beat his rivals in the race and protect the ball with his back to goal. Despite her youth, she is an experienced footballer who began her career in Hobro, his hometown, and then play in the Skovbakken and Fortuna Hjørring, with whom he won three Leagues and two Danish Cups. In between, he spent a little over a year in the IMG Academy Florida to finish defining himself as an athlete.

Despite being a rising value in his country, with whom he has been an absolute international since March 2020, he wanted to get out of his comfort zone to grow as a footballer. After a season at Inter Milan, where he scored seven goals in 22 games, he signed for Real Madrid last summer.. On Wednesday he took the signed ball as a souvenir, but he wants to continue living such special nights as those of the Champions League.

Grbic vindicates itself while Atlético ponders its sale