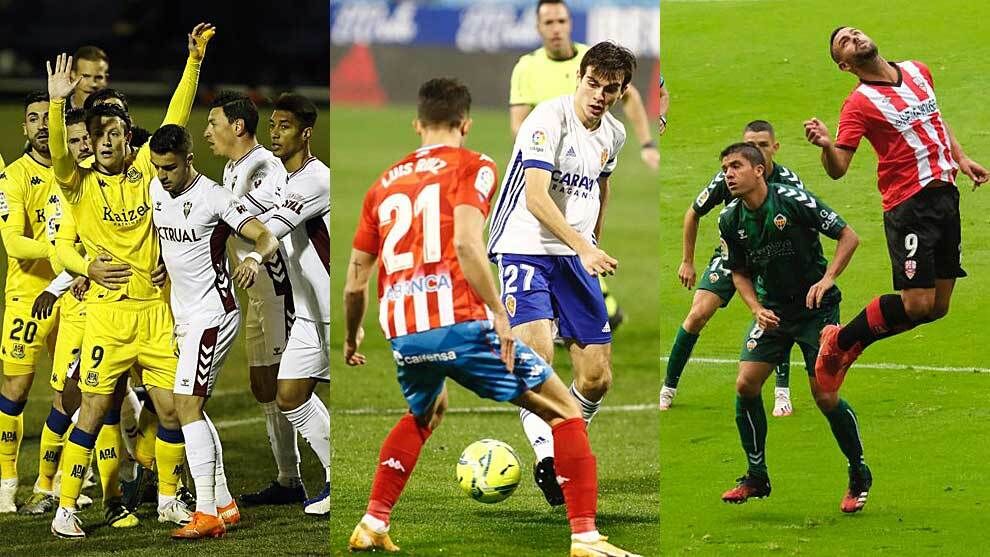 A key day arrives, with a month to go in the regular league, with three direct duels at Anxo Carro, Castalia and Carlos Belmonte; up to nine teams play it

Chen there is only one month left, in which six rounds will be played, so that the regular season ends in the shortest Silver Division in recent years, it will be resolved in just eight and a half months, up to nine teams are still immersed in the fight to avoid relegation. Even another five – Mirandés, Málaga, Tenerife, Fuenlabrada and Las Palmas – have not yet reached the 50 points marked as the usual limit of salvation.

And of the nine teams that are still threatened and want to continue holding on to the category, up to six of them will face this day. Lugo and Zaragoza tonight, Castellón and Logroñés tomorrow in Castalia and Albacete and Alcorcón, the teams that open and close the descent, on Sunday in another final at Carlos Belmonte.

10 points are those that separate Oviedo, 14th classified, from Albacete, the red lantern

Of the other three, Oviedo, which pays for its irregularity, a victory in the last nine days, will visit an Almería that still aspires to direct promotion and on whose bench Rubi will debut. Cartagena, the one who is going through the best moment of those below with their six games in a row scoring, will visit a Fuenlabrada who cannot close his salvation, although almost. While Sabadell, after breaking his streak of draws in his fiefdom won against Mallorca, second classified, will receive a Rayo Vallecano who could lose sixth place if he does not add in the Nova Creu Alta.

The first of the three direct duels of this day is played today in the Anxo Carro, where Lugo will seek to cut a free fall after chaining six defeats, 14 games without winning and seven without doing it at home in the debut of Rubén Albés. The new coach, who loses Campabadal, his only right-back, to a suspension, needs the team to regain a goal, as he has barely scored three in the last nine games.

Lugo has 6 defeats in a row, for a total of 14 games without winning

For its part, Zaragoza could leave the permanence very on track in case of triumph or complicate with a defeat. JIM could repeat the same eleven that tied with Sporting and ‘Toro’ Fernández is still low