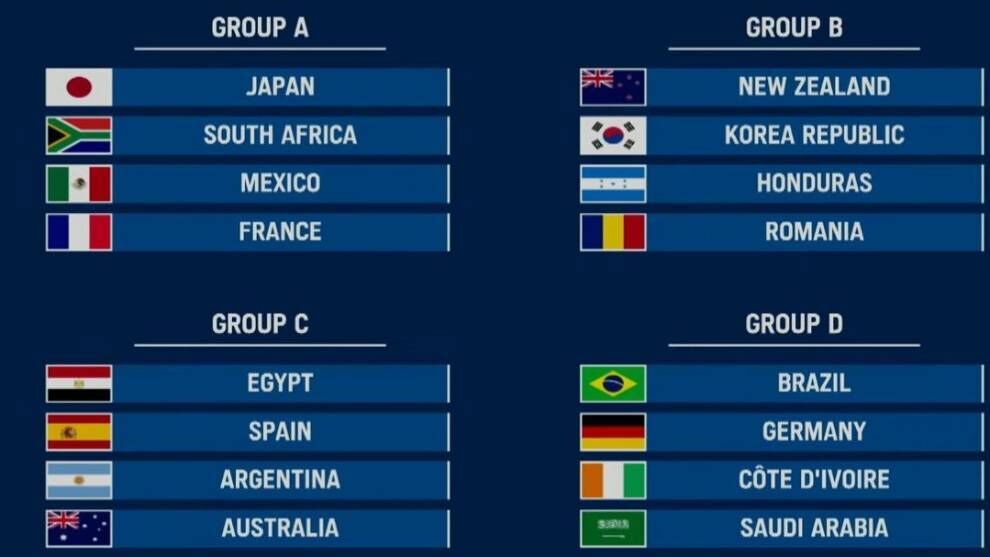 The Spanish soccer team has had very bad luck in the draw for the Tokyo Games: crossing with the group of Brazil and Germany

Luis de la Fuente’s team, classified as European under-21 champion, returns to the Olympic Games after being absent in Rio 2016 and the worst of the draw is the crossing, since it will be measured with those classified in group D in which there are Brazil and Germany.

Spain will open the men’s soccer competition at the Olympic Games on July 22 in Sapporo, at the Sapporo Dome, the city that will host them during the group stage as they will play their first two games there. He will do it first against Egypt and in the second match he will face Australia on July 25.

Against Argentina on July 28

For the last meeting in front of Argentina, will travel to Saitama on July 28 to play at Saitama Stadium.

The Albiceleste will be, a priori, the most difficult rival in the group since since the current U-23 player format was implemented, it is the team that has won the most times (Athens 2004 and Beijing 2008).

What’s more, Argentina wants to get rid of the bad taste in their mouths of the last Olympic Games in Brazil 2016, where they were eliminated in the group stage ranking behind Honduras. They arrive in Japan as continental runners-up after losing the final 0-3 against Brazil on February 10.

Although Egypt will also entail great difficulty because it intends to occupy one of the age quotas with the star Mohamed Salah. This was revealed at the end of March by his coach, Shawky Gharib, ensuring that the Liverpool footballer sees him favorably.

An incorporation with the aim of achieving his “first soccer medal in the Olympic Games” and that, being a world elite player, can make a difference as Neymar did, for example, in the past Olympic Games in Brazil . Therefore, In the opening match, there could be a reunion with Sergio Ramos, who could also go with Spain occupying one of the seats over 24 years old.

For its part, Australia qualified for the Olympic soccer tournament for the first time since 2008 after finishing third in the Asian Under-23 Championship held more than a year ago, on January 25, 2020.

In case of qualifying for the quarterfinals, Spain will face one of the teams that have been included in group D: Brazil, Germany, Ivory Coast and Saudi Arabia; where the first two are among the favorites to get the gold. The ‘canarinha’ defends the title and, if it were against the Germans, the final of the 2019 European Under-21 would be reissued.

The team led by Luis de la Fuente will have to arrive in Japan at the latest, according to FIFA regulations, four days before their debut and will do so with a list of 18 players with the option of including four substitutes who can replace any of his companions only in case of injury, illness or force majeure.

A call in which there can only be three players outside the U-24 category (limit increased by one year due to the postponement of the Olympic Games due to the coronavirus pandemic).

Sivera, Aguirregabiria, Junior Firpo, Fabián Ruiz, Mikel Merino, Dani Ceballos, Pedraza, Marc Roca and Fornals are the players who earned the right to be in Japan after winning the U21 European Championship in the summer of 2019, but who , while waiting to know what happens with the three places for people over 24 years old, they would be left out due to the age limit.

Betis’ budget will be around 100 million without counting transfers

Getafe’s goal, in a state of alarm