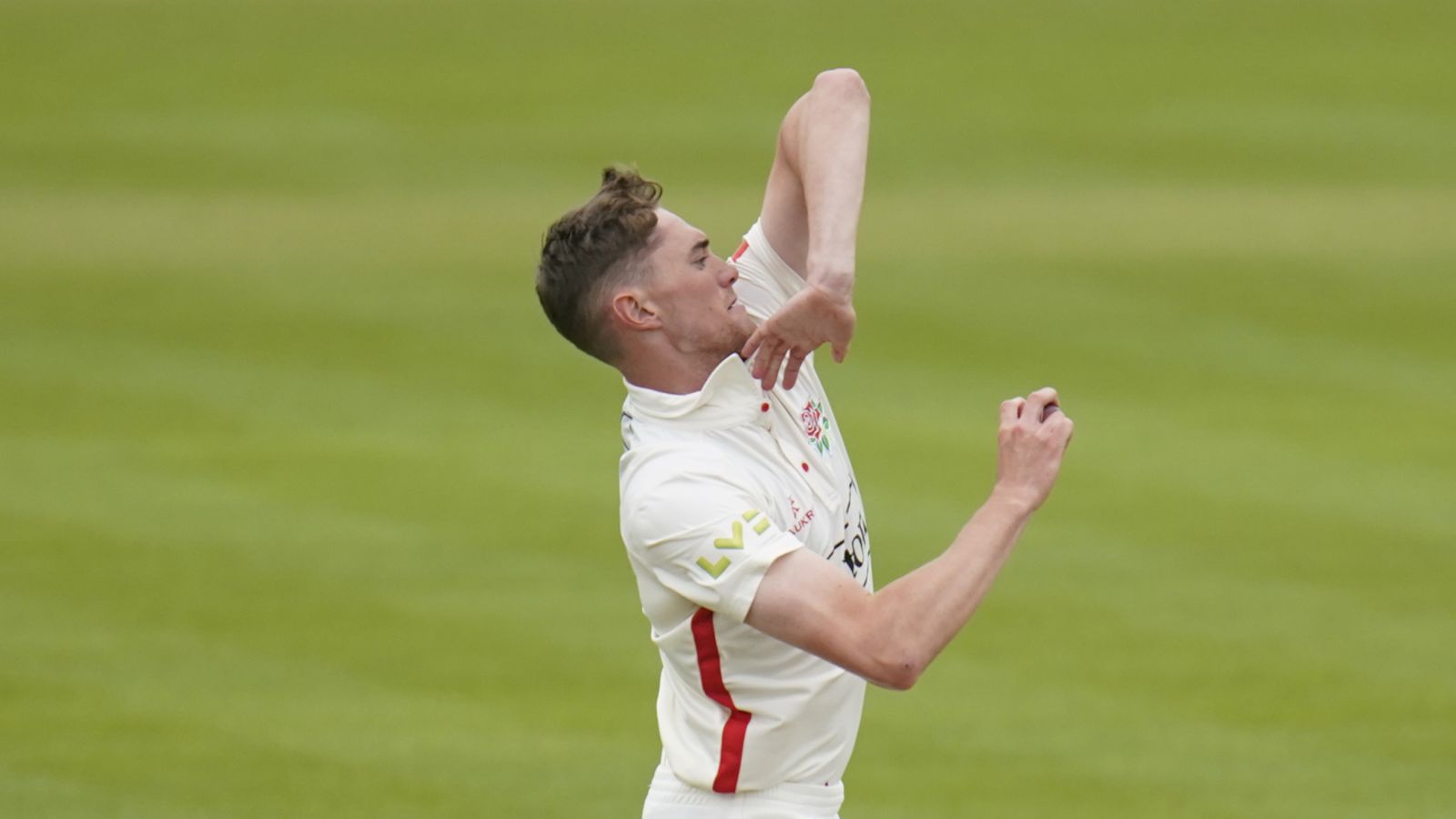 George Balderson finished 5-for-14 from seven overs, supported by Will Williams, who returned 4-for-24; Lancashire beat Essex by 38 runs in a match that lasted just over four sessions.

George Balderson claimed a hat-trick to dash Essex’s hopes of victory in a match at Chelmsford that lasted just over four sessions as Lancashire won by 38 runs.

The pace bowler finished five of 14 from seven overs, supported by Will Williams, who returned four of 24 as Essex lost their last nine wickets by 35 runs going for 98 to win.

Only two Essex batsmen reached double figures against the revealing and incisive bowling of the Lancashire duo, who helped their team to 19 points while the hosts dropped just three points after a dramatic championship clash.

The demons of the day before, when 26 gates fell, continued to manifest. Lancashire had resumed their second innings at 25 for six and lost another 20 ball wicket in the morning game.

Newcomer George Bell looked settled as he advanced to 24, the highest score equaled by a Lancashire player in the match.

However, his 28-ball strike ended when Shane Snater lobbed it around his legs to cut Lancashire to 34 from seven. Snater had taken five of six in 4.2 overs at that stage.

The two Toms, Bailey and Hartley, hit successive limits in an uncharacteristically stray Sam Cook that cost 17 runs. Bailey then flicked the bat into the first ball of the next over, only to pick out Dan Lawrence at the long-leg limit and give Snater his sixth wicket and impressive six-for-10 figures.

Cook got a measure of personal satisfaction when Hartley attempted a top cut to a short ball and only managed to fall behind. It was Cook’s 200th first-class wicket for Essex.

Simon Harmer had the last word when he hit Matt Parkinson squarely at the front pad to end the visitors’ second inning within 24 overs for a measly 73.

All-rounder Snater, the Essex Player of the Year, was rewarded for a great season with his county cap during the lunch break.

With the lights on all day, the home team, looking for a third straight championship victory in September, set about the task of reaching a modest 98 runs for the win but, on this course, it was a tortuous task. .

Sir Alastair Cook and Nick Browne made a comparatively serene start to the chase, going 24 on the scoreboard in seven overs to calm the nerves of the home camp when Browne was caught by Bailey.

But Balderson’s presentation sent ripples of panic through the local camp.

With his second delivery, he had Cook hit all ends with one that ducked down and dislodged the bail from his leg.

On his next ball, Lawrence carelessly jumped past Williams midway through the wicket before the bowler broke through Matt Critchley’s defenses to claim his hat-trick.

Lunch came soon after with Balderson feasting on 2-2-0-3 figures while Essex reeled at 34 for four.

The final lamb slaughtered at a wicket denounced as unplayable by Lancashire head coach Glen Chapple was Feroze Khushi, singled down by Williams as Essex reeled further at 35 for five.

Adam Rossington opted for aggression and collected two bounds before he was eliminated by Balderson and, with the score at 55, Essex lost their seventh and eighth wickets, both to Williams.

Throughout all the carnage, captain Tom Westley held his own, but ultimately succumbed for 13 years having survived 41 balls when he was caught to become Balderson’s fifth wicket.

Williams completed proceedings when he threw out Sam Cook to leave Lancashire celebrating victory in a game in which the four innings produced just 370 runs.