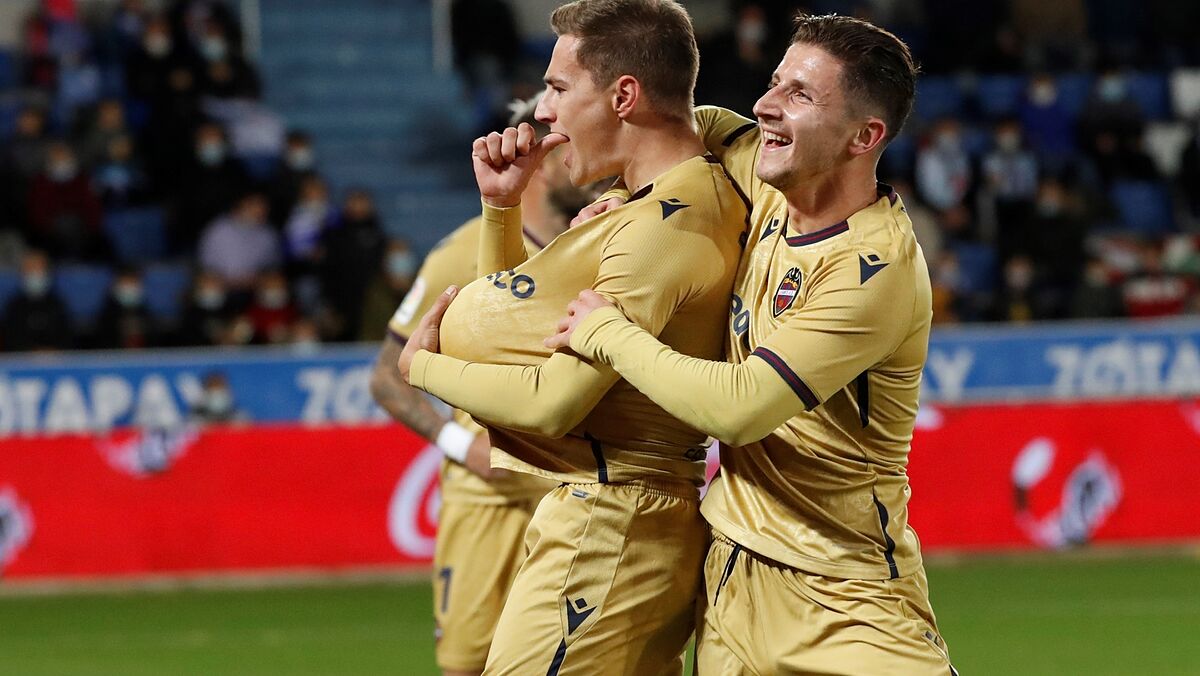 Last April 10 A goal from De Frutos in the first half added against Eibar gave Levante three points against the gunsmith team. Seven months and 20 games later, Levante has not won again.

The team is already last in the table and to the president, Quico Catalan, He has already spent the bullet of the change of coach. the arrival of Javier Pereira It has not been the shock that Levante expected. two points out of fifteen at stake have further sunk a Levante that seems not to react to the continuous blows.

The great protagonist of the game for the granotas was Jorge De Frutos. the Real Madrid youth squad scored a great goal in the first half, but then committed an absurd penalty that led to the Alavés comeback.

At the end of the game the attacker was broken. “It was hard for us to get to the last minutes. As a result of my defensive failure, we have been in decline. We knew how important the game was and I am very screwed up for having caused the penalty and that it ended like this. It has been a very hard stick. We came with great enthusiasm and we were not able to win the points for our fans “.