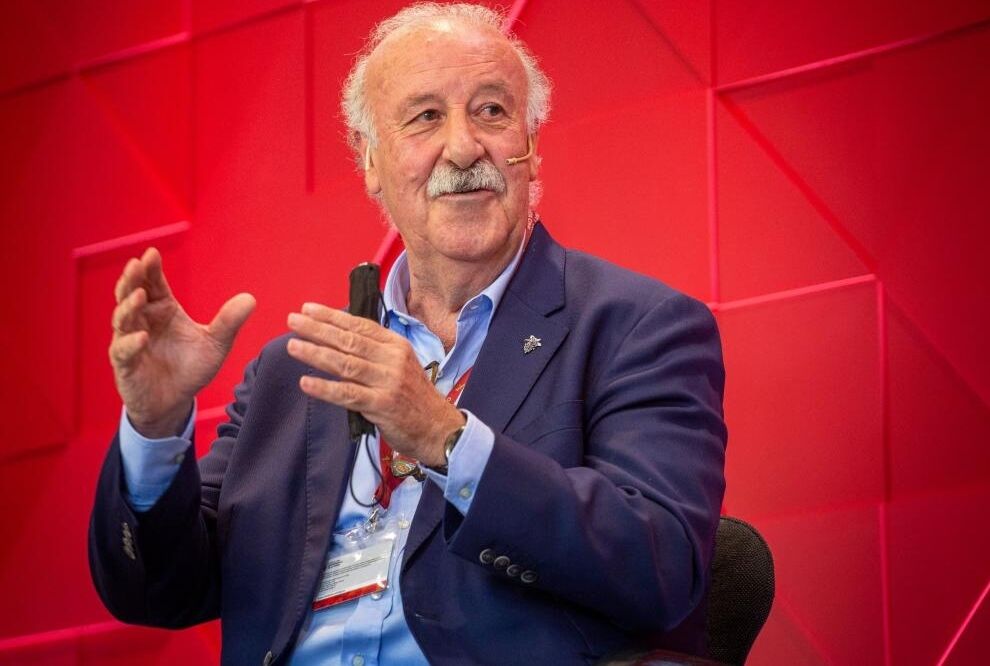 The former national coach and coach of Real Madrid, Vicente del Bosque, has defended that within the teams there should be a “quiet” leadership and, in fact, he has assured that when he directed the white club “although it did not seem so, two discreet players, such as Geremi or McManamanThey were the true leaders. “

Forest made these claims during a panel discussion at the University of La Rioja, within the summer course on Safety and Leadership, organized by the Civil Guard and in which the director of the Armed Institute has also participated, Maria Gamez.

Vicente del Bosque has referred to leadership in sport, although he believes that “There are substantially no differences with other activities” and “when a coach enters a locker room, the players analyze you, look for your weaknesses, they get to know you little by little” and before that “you must get closer and gain confidence little by little.”

In the selection, he has admitted that he had “the luck” to “receive an extraordinary inheritance”, from the team he had directed Luis Aragones “and we try not to erase traces of the past” and he also took over the Real Madrid “without thinking, because I was a grassroots coach, and in a difficult moment“and” I understood that leadership had to be shared, the opposite of command and control.

He found “two spontaneous leaders” who were the Cameroonian Geremi and English McManaman “who were the most important uncles, they never complained about anything, they always transmitted positive things, they were humble, they did not get angry“And thanks to that” when they sat at the table, the others knew that they were the boss. “With Geremi and McManaman in the team, Del Bosque conquered the League and the Champions League at the beginning of the century.

Vicente del Bosque He has also talked about the Spanish selection and has asked the current coach, Luis Enrique Martinez, “don’t change your plan“facing the game of Eurocup quarterfinals, in which Spain is measured to Switzerland, and before which it feels “illusion, like any other fan”.

To questions from journalists, about the Eurocup, a tournament that he won as head of the national team in 2012, has explained that it follows “like any other fan” and has had an impact: “We did not play badly the first two games (against Sweden and Poland), but the results were not what we expected “and” then the team has increased and the disaffection has changed, now there is expectation and enthusiasm “.

“We will have difficulties, but we are in a good position,” he said. Forest, which has affected that “the general plan that I imagine Luis Enrique would have is being fulfilled and there does not have to be any changes because Switzerland is the next rival.” Finally, he has admitted that, by history, Spain part as favorite “but favoritism is shown in the field “, he stressed:” We must be very excited. “

Fekir, on his future: “I see myself here, at the moment I’m here and I’m fine”