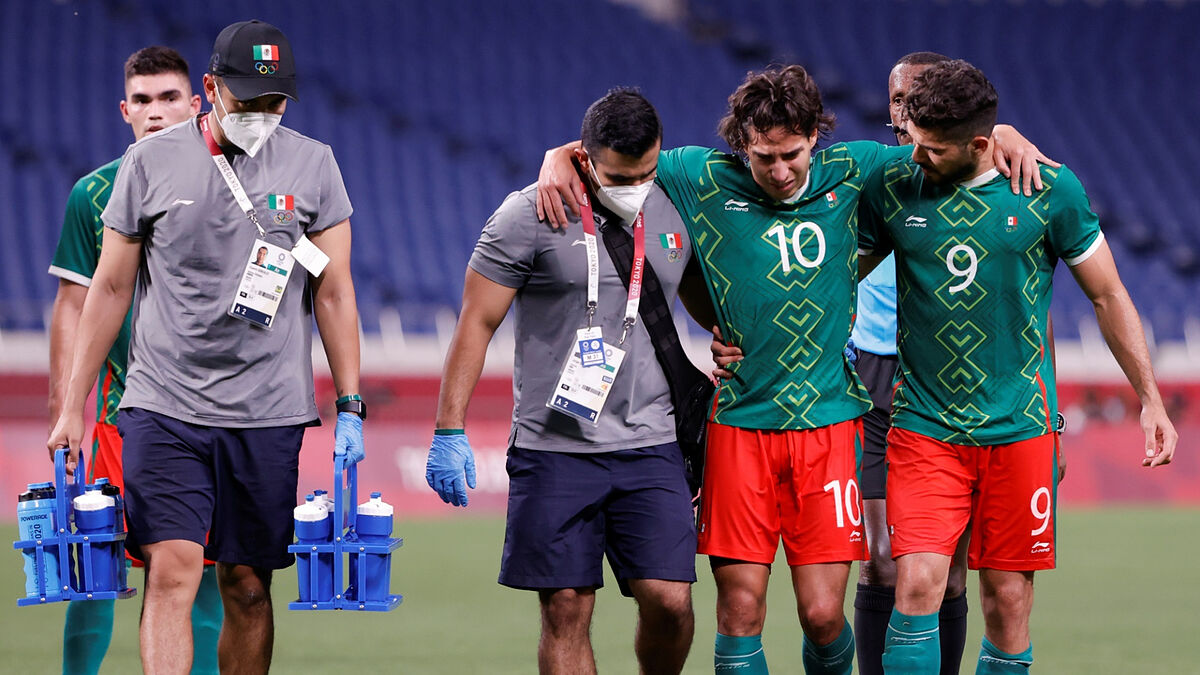 Lin the image of Diego Lainez with his left foot in a cast while his teammates Mexico celebrated the bronze medal in the Tokyo Olympics, after winning 3-1 a Japan in the match for the third and fourth place played yesterday, he set off all the alarms in the Betis, just a week before the season officially begins with the first day of the League.

Fortunately, it seems that the blow to the left foot suffered by the Mexican footballer does not have a serious injury. The footballer himself has reported the diagnosis on his social media profiles: “Thank you for your messages and for worrying, fortunately everything was left in a grade II sprain and a first grade sprain. To recover and we are not back at all.”

Lainez Y Miranda They will be, while waiting for a transfer, the last two players to join the Verdiblanca preseason, after their participation in the Games. Pellegrini expect them to be back early next week. In the case of the Mexican, waiting to evaluate in greater depth the condition of his ankle to know how long he will have to be off.

The Civil Guard registers the New Vivero Stadium in Badajoz

Emery: “I apologized to Aspas at Sevilla, I didn’t know how to get the best performance out of him”