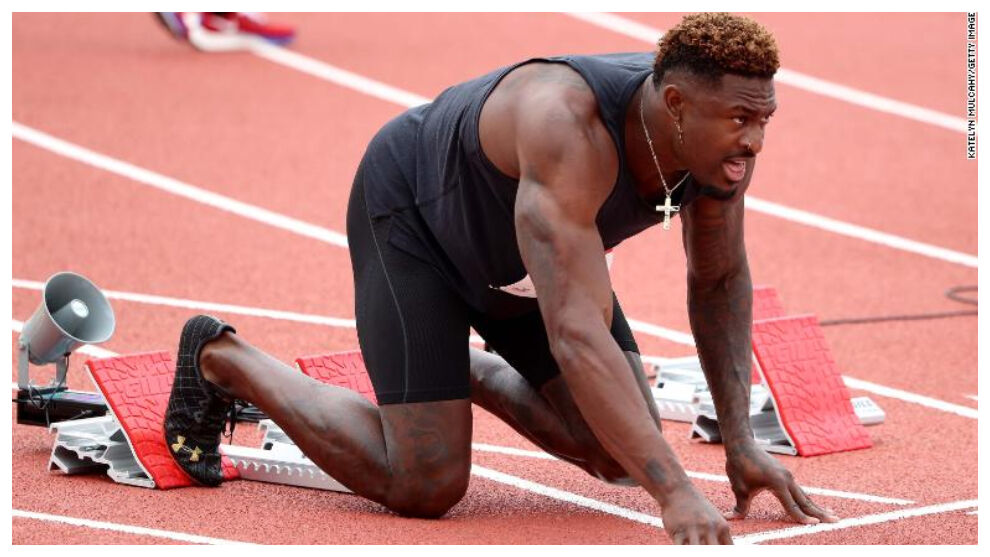 ORn NFL player has focused much of the attention during the dispute last Sunday of Golden Games of Walnut (California), the first major outdoor athletic event of the season in the United States.

It was about Seattle Seahawks wide receiver DK Metcalf, 23, a player who had surprised locals and strangers with his devilish speed during a play in a game against the Arizona Cardinals in which managed to hunt down and tackle Budda Baker despite starting with a significant disadvantage.

Racing against these guys was a blessing, but they do this for a living. This is very different from football speed

With this endorsement, DK Metcalf received an invitation from the American Athletics Federation (USATF), organizer of the event, so that he could participate in the 100 meters and demonstrate how fast he was on the track. The problem, if it can be called that, is that we are talking about an athlete of 1.93 and … 104 kilos of weight.

Well, DK Metcalf competed more than worthily in his series, especially in the initial meters, in which he was among the top positions, although he ended up ‘puncturing’ in the last 30 meters until finishing last with a more than interesting time of 10.37 seconds, with a little wind in favor (1.0).

In his series he prevailed Cravon Gillespie with a time of 10.11, ahead of the world champion Michael Rodgers, gold in Doha 2019 as a member of the American 4×100 and capable of running at 9.85. Gillespie also prevailed in the final with 9.96.

DK Metcalf, who finally finished 15th out of 17 participants, could not prolong his Olympic dream and will not be in the American trials, which will take place from June 18 to 27 in Eugene (Oregon), where the team that travels to Tokyo will be formed.

Despite this, he was happy to have been able to participate in the race: “Test my speed against world-class athletes And having the opportunity to race against these guys was a blessing, but they do this for a living. This is very different from the speed of (American) football. “

DK Metcalf had received some criticism for participating in the race but earned praise from his fellow NFL players – including the star. Patrick Mahomes– for his great performance (although he stayed far from the 10.05 that would have secured him a place in the aforementioned trials).

What are the venues for the following Super Bowls?