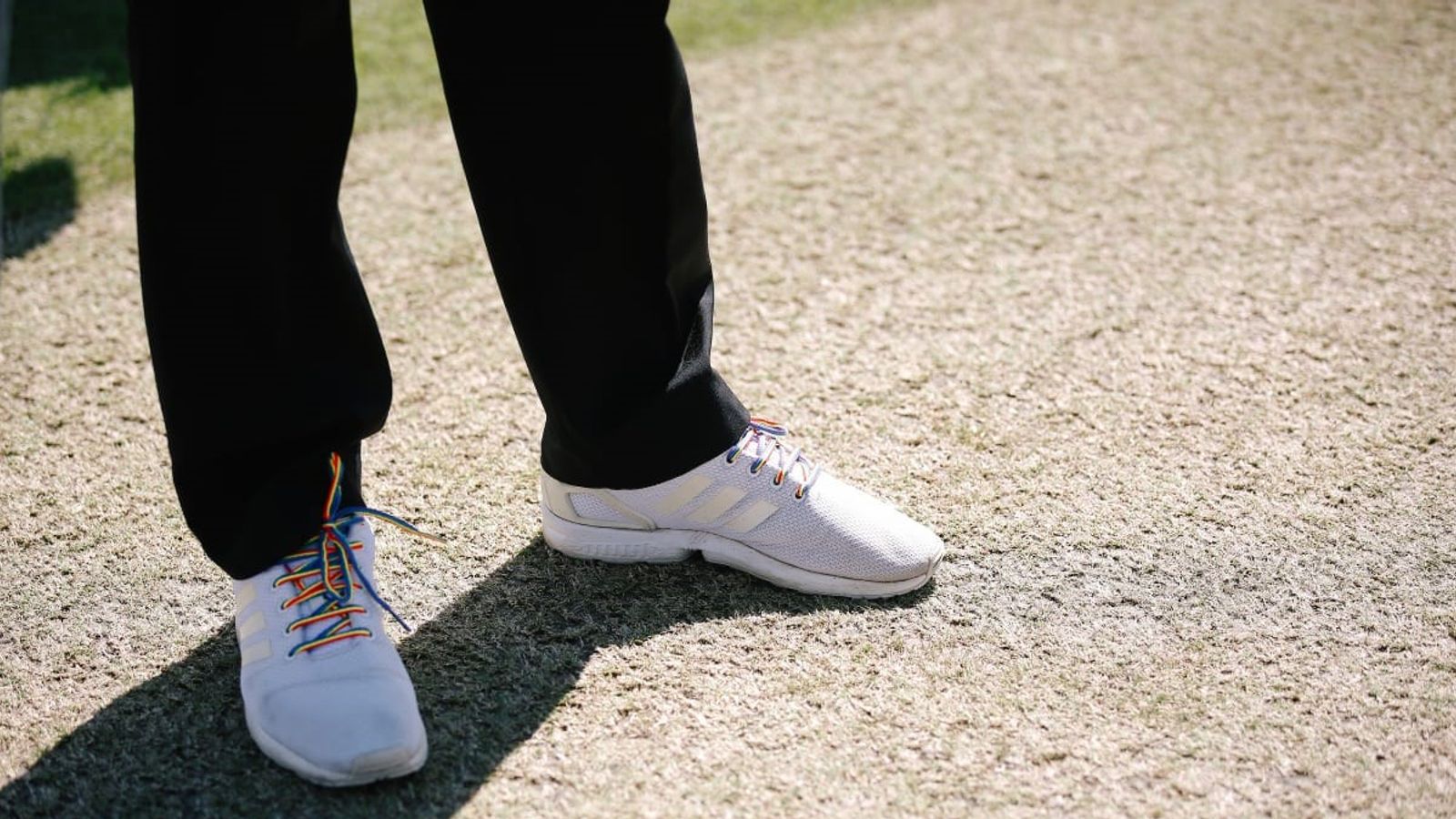 Campaign activity will include matches at both the Royal London One-Day Cup and The Hundred, with The Hundred games live on Sky Sports; The ECB remains committed to promising that cricket is a game for everyone and that there is no room for discrimination

The England and Wales Cricket Board will celebrate Rainbow Laces for the fourth consecutive year with LGBTQ + inclusion promoted at The Hundred and Royal London One-Day Cup.

From July 30 to August 1, all players will receive rainbow laces, while stumps from matches on The Hundred, all of which are live on Sky Sports, and One-Day Cup will be rainbow-branded. as the ECB supports the campaign which is run by the Stonewall charity.

Earlier this year, the ECB supported what was believed to be the first fully inclusive LGBTQ + cricket game, between Graces CC and Unicorns CC.

The ECB will also march on Pride in London in September.

ECB Chief Executive Tom Harrison said: “I am proud to see that our game supports inclusion.

“We are driven by our desire to open up the game to as many people as possible. We want cricket to be a game for everyone and we want the LGBTQ + community to feel welcome and be themselves in our sport.

“Rainbow laces and rainbow stumps are a powerful symbol of support, and it’s good to see the players and the game as a whole reaffirming our desire to be a sport that everyone feels they can participate in.”

Lauren Winfield-Hill, Captain of Northern Superchargers at The Hundred, said: “Wearing laces is just a small thing, and it may not sound like much, but the fact that the sport in England and Wales is so proud to stand alongside LGBTQ + community these days is a big step in the right direction.

“Too many kids grow up thinking that they can’t really be themselves if they want to be successful in sports, and that leads to people not being honest and not being themselves.”

“A weekend like Rainbow Laces is about telling those people, you can be yourself and be a jock.

“Cricket really should be for everyone and I hope this weekend helps us continue that journey.”

Erin Williams, Sport Engagement Manager at Stonewall, said: ‘We are delighted that the English Cricket Board (ECB) is celebrating Rainbow Laces for the fourth time this summer.

“The sport has an incredible ability to bring us together, and it is brilliant to see the dedication the English Cricket Board has shown to LGBTQ + inclusion over the years.

“This year saw the first fully inclusive LGBTQ + cricket game, between Graces CC and Unicorns CC, and we are excited to see The Hundred matches throughout the summer. We are proud to work with the ECB to make cricket a game where everyone is free to play as themselves. ‘

The Winfield-Hill Superchargers are in action Saturday when they take on Oval Invicvibles at Emerald Headingley, live on Sky Sports The Hundred (via red button), Sky Sports Mix and the Sky Sports Cricket YouTube channel starting at 2 pm

Sky Sports is a member of Team pride what supports Stonewall Rainbow Laces Campaign. Your history of being LGBT + or an ally could help make sport everyone’s game. To discuss further, contact us here.