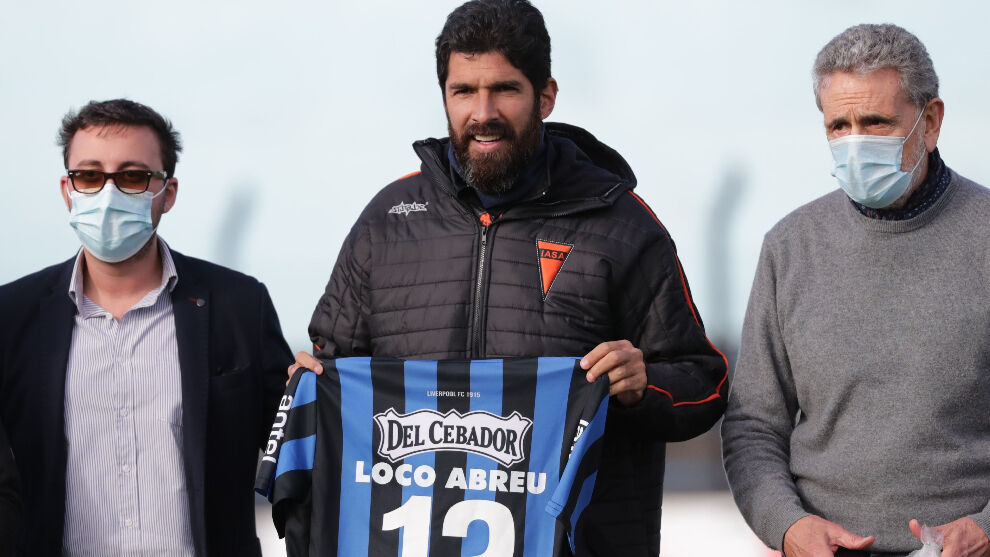 Dfter having played in 31 teams over 26 seasons, Sebastián ‘El loco’ Abreu has just left professional football and faces a new stage of his career, this time as a coach (he is already the Boston River). Experience is not lacking. He spoke of the future and also of the past in his passage through the microphones of El Larguero.

Above all he emphasized how you would like to be and transmit your values ​​and passion that he has felt being a footballer, making it clear that he is a good coach, and he has lived with many, He should be, first and foremost, a good group manager. “The coaches I identify with know how to lead the group, each one with his own form. Technology is bought, but the human part is left aside.”

In this sense, the example of Pablo Simeone, which he recently visited during a training session. Of the Argentine he insists that you learn countless things just by watching a workout, in this case, Atlético de Madrid.

“As you live, you work; and as you train, you play. In Atlético training you learn, above all, about group management. How Simeone surrenders …”, described a Loco Abreu who has a brand of 432 goals scored in his entire career, although many only remember for that mythical failure to empty door against River Plate when he was playing in San Lorenzo.

And when it comes to goals, Luis Suarez He could not miss the talk, who is also the godfather of one of the sons of the former player. They have known each other since 2004, when they coincided in the first team of Nacional, a team with which the rojiblanco striker made his professional debut. Their relationship is so close that Abreu’s bond with Suárez could be defined as a “soccer father.”

“Everyone sees the footballer, but when you meet the person you know the injured lion inside. I always say, ‘don’t give him up for dead because they are going to have to put the microphone in another place. ‘ The test was last year: leaving Barça for Atlético de Madrid. At first they said ‘he’s not going to hit it’ but then he won a league. I enjoyed that Atlético league for him. “

Xabi Etxeita will not continue at Getafe