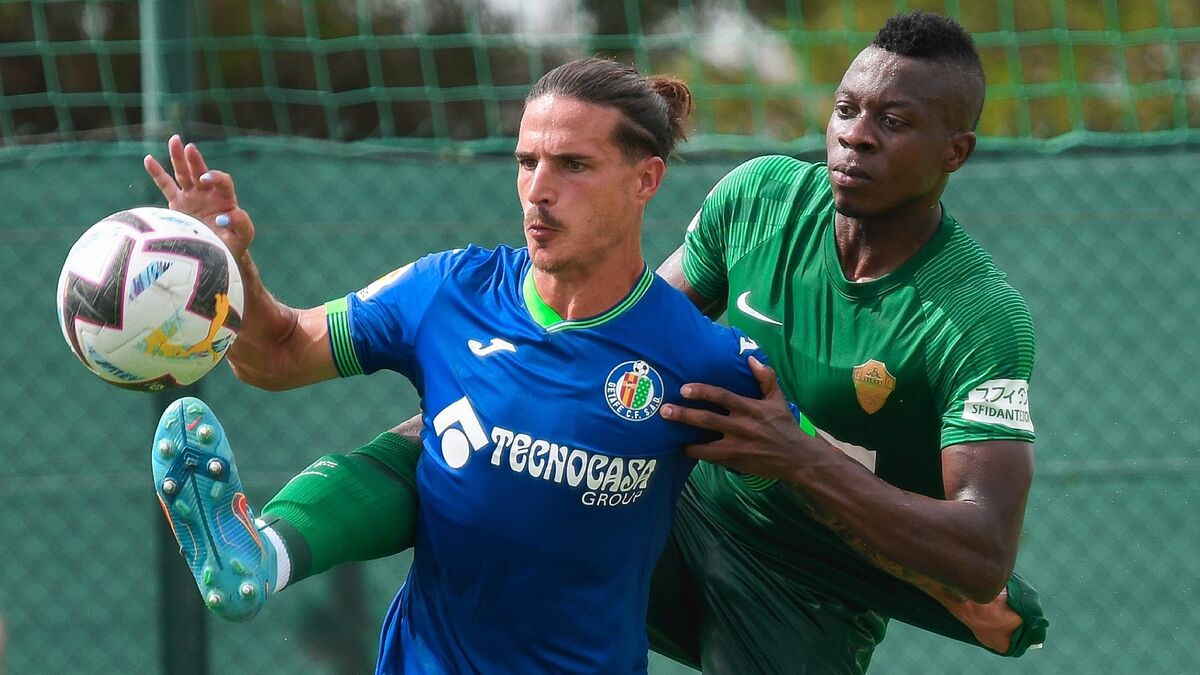 Fifth pre-season test for Getafe and fourth for Elche in this preparation for the 22/23 season. The azulones, with a more recognizable line-up, surprised with a line of four defenders and four men in the middle. Elche, for its part, lined up an eleven in the line of these last clashes.

It took little time for Elche to open the can. a center side, clinched by Mourad, put the first on the scoreboardleaving the azulones at the mercy, the following minutes, of the game of an Elche that did a lot of damage by Johan Mójica’s band. It was half an hour into the game when those from the south of Madrid took the baton and surrounded the franjiverdes. A shot from Maksimovic became the most important warning for ‘Geta’.

As soon as the second half started, it would be Portu who, with a header, would score Edgar Badía’s goal again after an excellent center by Carles Aleñá. Josan also generated danger in the azulona area, with a goal that was finally annulled for offside. Minutes later, again the scorer Mourad was able to score his second goal with a shot that hit the wood and later he gave the scare when he was injured, something that finally relieved the hearts of Elche when they saw him come out on his own.

Already in the final stages, a good set piece executed by Portu, was about to become the getafen tie, with a shot from Enes Ünal that hit the post. It would be the last of the clash, which would end with Elche’s second consecutive victory, while the azulones have not been able to win from the first clash against Prestondespite the fact that at times Quique’s men played the best preseason football.

Francisco’s team will face Cartagena on Saturday while the azulones have their last commitment on August 7 against Albacete.

Incidents: Meeting played at La Finca Resort without an audience.