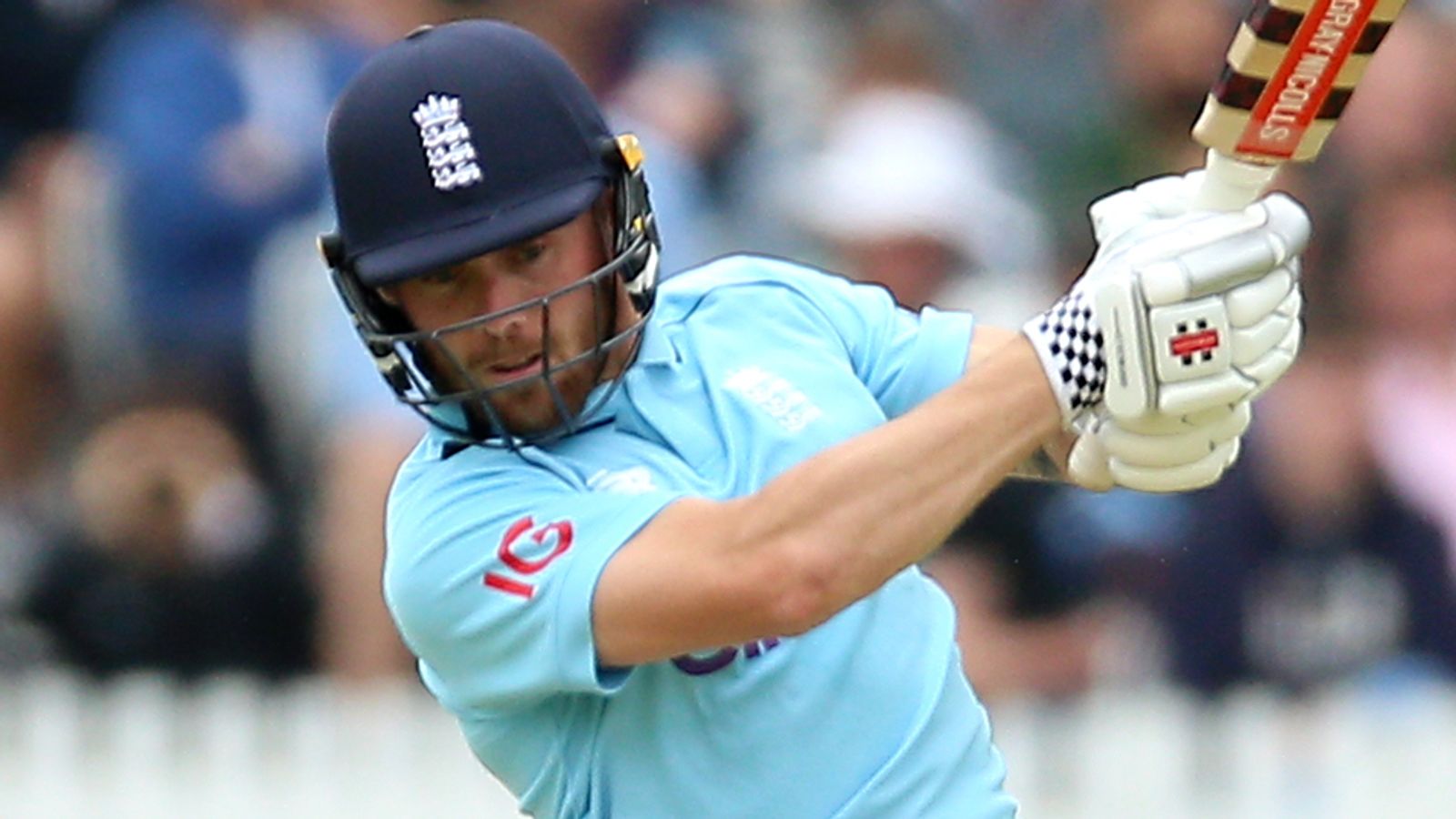 England beat Pakistan 52 runs in the second ODI at Lord’s to take an impregnable 2-0 lead in the three-game series; Phil Salt (60) slammed his way into a maiden ODI 50 as the hosts posted 247 before Lewis Gregory (3-44) and Saqib Mahmood impressed by pitching tourists in 195

Phil Salt beat his way through in an inaugural ODI 50 as England secured the series win over Pakistan.

A first-time-in-a-day fifty international from Phil Salt helped a much-changed England to a memorable series win over Pakistan with victory at Lord’s.

Having won the opening game by nine wickets at Cardiff, England triumphed by 52 runs in their first one-day game at Lord’s since the 2019 World Cup final in front of a sold out crowd.

Hasan Ali finished at 5-51 when Pakistan restricted England to a highly chasible total, but Saqib Mahmood (2-21) again impressed with the new ball and the tourists fell to 36-3.

Pakistan was ultimately eliminated by 195 in 41 overs, Saud Shakeel was the leading scorer with 56, leaving England to celebrate the victory on the occasion of alternate captain Ben Stokes’ 100th ODI.

Rain delayed the start and saw the game shortened to 47 overs-a-side and, after being put under a leaden sky, England’s higher order quickly came under pressure as Dawid Malan and Zak Crawley, both half undefeated. century in the first ODI, it started with punctuation.

Malan slipped a second time off Hasan Ali before Crawley received the first ball from a near-perfect yorker from Shaheen Afridi (1-37).

The staff of the England team may have changed for this series, but the focus remained the same with Salt and Vince mounting an impressive counterattack to get the home team out of trouble.

With the Pakistani closers unable to find any real consistency, Salt reached 10 limits on the way to a fifty-one ball of 41, carrying the ball everywhere on the ground, while Vince, showing his usual grace, reached his second. half of ODI. century in just 36 balls.

The introduction of the spin ended England’s fun with Salt on his legs by Shakeel (1-14) before Shadab Khan (1-46) dropped Vince with a googly that slid out the door to hit the middle stump. .

Stokes (22) provided some brief fireworks, including crushing Shakeel on the side of the leg for six, before he was brought down after charging into Hasan and John Simpson (17) followed him into the next lap of the closer.

When Craig Overton scored three balls later, England were 160-7 and 200 suddenly seemed a long way off, but Gregory and Carse remained calm and gradually built a valuable partnership as an eventful inning took another turn.

By the time Gregory pocketed Haris Rauf (2-54), the pair had achieved the greatest partnership in the eighth wicket in an ODI at Lord’s and while they failed to hit their overs, England had something to play for.

Pakistan lost Imam-ul-Haq (1) early for the second game in a row, the left-hander overcame Gregory’s first ball behind.

Captain Babar Azam (19) came in and quickly showed his class with four limits before, for the second game in a row, Mahmood broke it; England’s fast pitcher getting the ball back and catching the right-hander’s plumb line up front.

Having landed Babar with whom he conceded, Mahmood defeated Mohammad Rizwan (5) with the ball as he drifted away to find a featherweight lead through Simpson.

General scorer Fakhar Zaman survived for nearly 14 overs, but was frustrated throughout as he could only muster 10 of 44 balls before Overton’s 45 hit his stumps.

Shakeel and Sohaib Maqsood (19) threatened to develop a hard-hitting relationship, but the latter fell to Overton (2-39) after hitting the same pins for two sixes.

It was a similar story for Shadab (21), caught in the third man off Gregory after establishing a decent base with Shakeel and when Faheem Ashraf (1) fell to Matt Parkinson, courtesy of a brilliant Simpson wicketkeeping piece, anticipating the pallet sweep. and taking an excellent catch on the stage, the Pakistan race looked like a run.

Hasan Ali (31 of 17) pulled 22, including three sixes on the spin, from a Parkinson’s to keep the visitors in the game, but was playing a high-stakes game and eventually overcame a shot to Overton on the thin leg. to give Carse (1-44) a maiden ODI window.

There was more resistance from Shakeel and Shaheen, the pair added 40 for the fourth wicket, but eventually the execution rate started to climb.

Shakeel decided to try and take on Parkinson’s leg turn (2-42), but his sweep went to Overton’s throat in the middle of deep field and Gregory had to finish it off for England when he had Rauf trapped behind. on the side of the leg.

Watch the third ODI between England and Pakistan live on Sky Sports Cricket from 12.30pm on Tuesday.