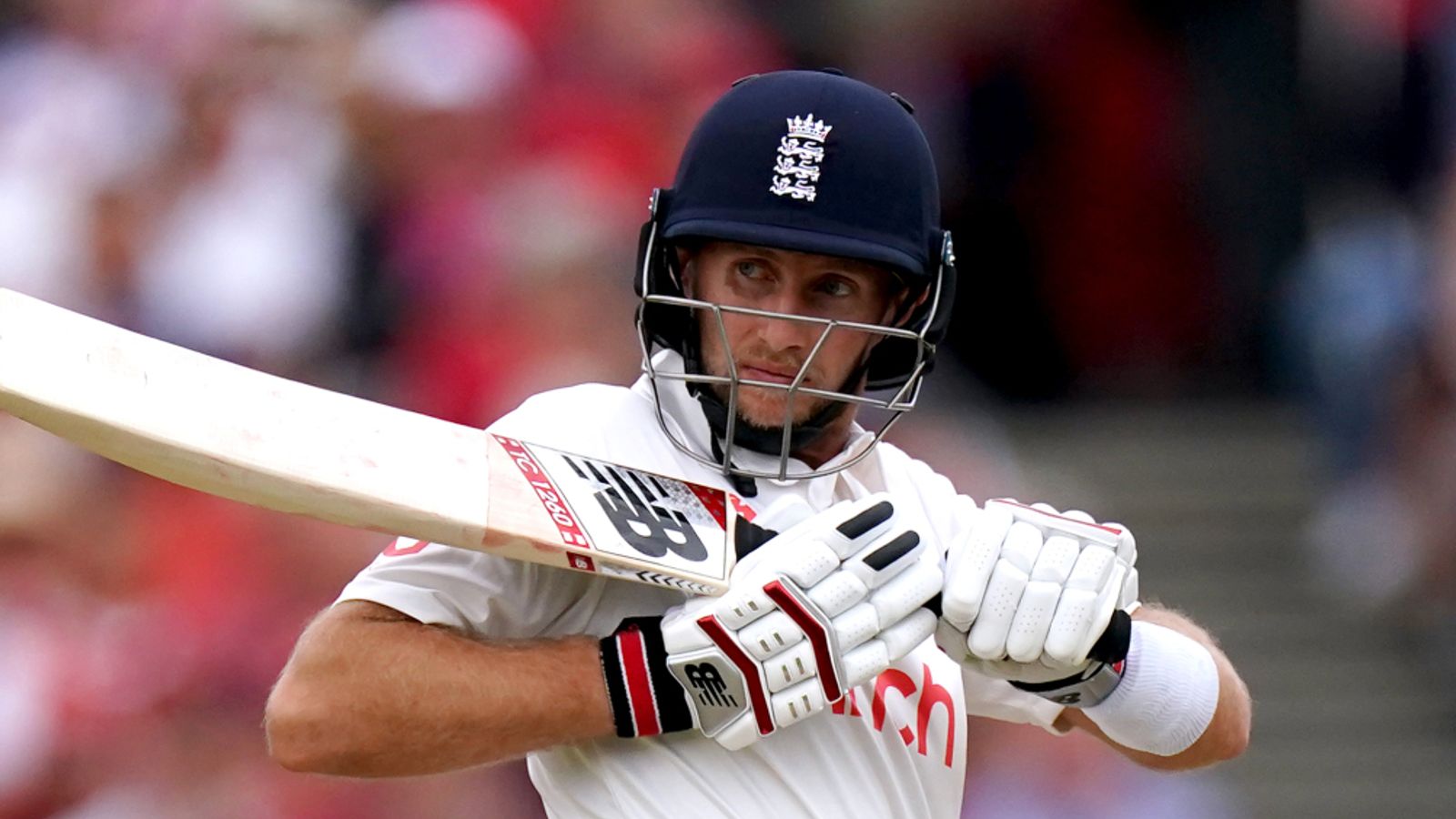 James Anderson (5-62) claims five in Test 31, as India is eliminated by 364 in its first innings; Joe Root 49 is not out, as England hit stumps with 119-3 in response; Watch the third day of Lord’s Second Test, live on Sky Sports The Hundred from 10.15am on Saturday

Joe Root scored a crucial, undefeated 49 to help England rebound from 23-2 in their opening innings.

Joe Root reached an undefeated 49 to help prevent high-level family failures from derailing England’s fight on the second day of the second Test against India at Lord’s.

After England slipped to 23-2 on three balls in the final session, Root regained the innings and edged out Graham Gooch for second place, behind only Sir Alastair Cook, on the list of the best race scorers of all. the times of England in the process.

The captain of England put at 85 for the third wicket with Rory Burns (49) before starter was pinned lbw by Mohammed Shami (1-22) at the end of the day, the home team finally closed with 119-3, losing by 245.

James Anderson (5-62) had previously helped England re-enter the contest in their 31st Test of five – for India of 364 in their first innings, the visitors added just 88 to their score overnight. , for the loss of seven plots of land.

England’s starters thoughtfully negotiated their first 14 overs until tea, but Dom Sibley (11) fell meekly to the second ball after the break and Mohammed Siraj (2-34) He released the returning Haseeb Hameed first.

Root safely saw the hat-trick delivery and survived two loud shouts of lbw from Siraj when at 11 – Virat Kohli checking and losing both – before he and Burns cashed in as the day grew longer.

England’s morning couldn’t have gotten off to a better start, except if day one centurion KL Rahul (129) had slapped Ollie Robinson’s (2-73) first delivery, rather than the second, straight to cover.

Encouraged by that advance, Anderson hit his first ball, inducing the edge of Ajinkya Rahane’s hanging bat (1) through Root on the first slip.

But, shortly after charging Mark Wood and slapping four more through additional cover, Pant (37) tried one more shot to England fast and cut.

Shami lasted the two deliveries before trading Moeen Ali (1-53) to Burns in the middle of the short wicket, but Ravi Jadeja (40) played responsibly at the other end by herding a long Indian queue at least past lunch and above 350.

James Anderson finished with five in favor, as India was eliminated by 364 in their first innings at Lord’s.

Anderson came back after the break and cleared the tail to secure another five-wicket run in Tests, while Wood (2-91) bounced off Jadeja to end innings.

Then Burns and Sibley stubbornly cut the new ball and survived the last hour of the afternoon tea session, even if it wasn’t always the most entertaining passage for the watching Lord crowd.

However, that crowd was rudely awakened at the beginning of the evening session, as Sibley and Hameed had left in three installments – a furious Sibley who fell for the first time almost identically to his firing in the first inning on Trent. Bridge when he again chose the man parked in the middle of the short wicket, before Hameed appeared to play a straight round.

But there would be no major batting collapse as Root, once again hitting the fold with the score at 23-2 or similar, again got rid of England’s blushes, looking sublime after his hundred in the first test. .

After a couple of lbw scares, he and Burns began to fight back, with the pair at one point picking up five limits in the space of six deliveries: Burns tying Siraj through the blankets and then pulling the swift Indian twice toward the fence before Root (8,935 test runs) edged out Gooch (8,900) with the first of four in a row against Shami.

Scoring slowed as the stumps got closer and Burns was unlucky not to finish the day as Shami was given lbw, but Root remains heading into the third morning.

Watch the third day of the second test between England and India at Lord’s from 10.15am, Saturday at Sky Sports The Hundred and Main Event.