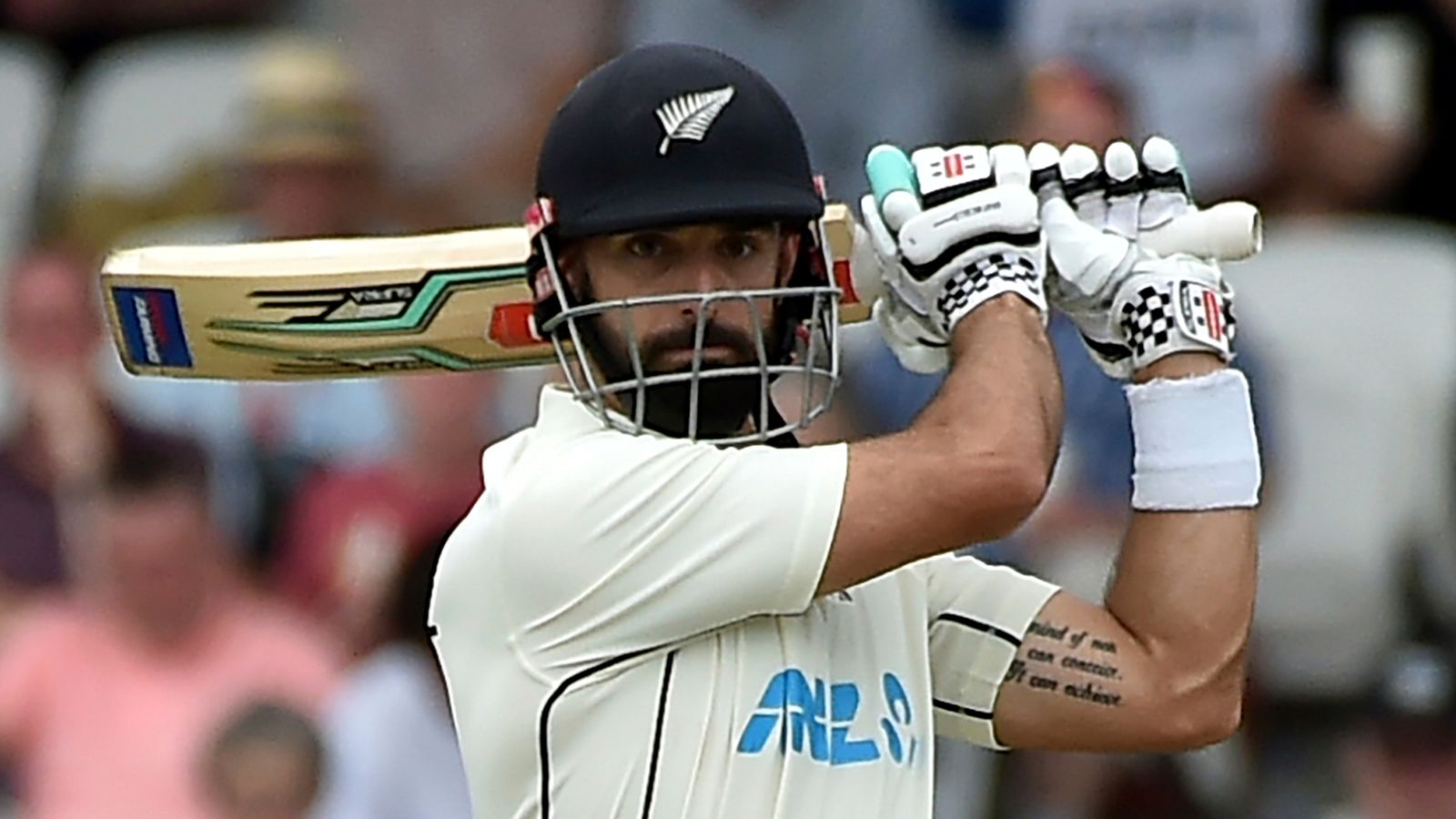 New Zealand closed out 225-5 after opting to bat first on the first day of the third Test against England; Daryl Mitchell (78th) and Tom Blundell (45th) lead 123-5 comeback after Henry Nicholls bizarre firing; Jamie Overton takes the top test spot on his debut

England were held back by Daryl Mitchell and Tom Blundell once again after getting off to a strong start in the third Test against New Zealand at Headingley.

The bizarre dismissal of Henry Nicholls, caught in the middle after the ball deflected off Mitchell’s bat at the non-forward end, left the Black Caps 123-5 at tea, having chosen to bat first, but an unbroken position of 102 between Mitchell (78th) and Blundell (45th), their third three-figure pairing in as many Tests, got them off the hook.

Stuart Broad (2-45) had led England to a midfielder with a wicket in the first over, while Jack Leach (2-75) topped 30 overs on the day after hitting his first ball and debutant Jamie Overton ( 1-41) claimed his first test scalp when he pitched Devon Conway after lunch.

Mitchell had some luck when England didn’t review a lbw decision that would have seen him go cheap and he made it count, reaching stumps within sight of a third of the series as New Zealand closed out 225-5.

With the sun shining and a gleaming white cover, the conditions looked perfect for batting and England would have been preparing for a long day on the pitch.

Instead, they were celebrating within six deliveries when Broad finished a test opening with the wicket of Tom Latham (0), the southpaw caught by Joe Root on the first slip after pushing one that straightened enough to find the edge. .

Broad almost struck again with the first ball of his next over when Kane Williamson lobbed it well down the side of the leg, just out of reach of Ben Foakes diving behind the stumps.

Williamson and Will Young battled it out for most of the next hour, the latter narrowly avoiding dragging the ball onto his own stumps as he tried to hook Broad, but just before the drinks England got their second.

Jack Leach was called up to throw the 13 and the left-arm spinner immediately made the most of his early introduction, catching Young (20) lbw with enough spin bunt to beat the bat as the starter tried to work his leg.

Young checked, but once it was established that no bat was involved, he was in lead.

Once again New Zealand was allowed to regroup, this time through Williamson and Conway, but as lunch approached Broad returned to see off the Black Caps captain.

The line was immaculate, the full length and when Williamson (31) stepped forward to defend, a fraction of a move was all it took to find the feather to Foakes.

It could have been worse for New Zealand if Foakes had latched on to a very difficult opportunity, diving wide to his right after Broad found Conway’s inside edge.

Conway (26) survived but was losing the same lead shortly after lunch when he sent the ball to his stumps while attempting a booming drive off Overton.

It was a great moment for the England rookie, a first testing ground to help calm his nerves after an initial up-and-down period in the morning session.

Just before that, England thought they had gotten Nicholls when Matthew Potts hit him in the shin with a big swing.

The referee denied the appeal, which proved crucial, but Ben Stokes sent it up. Replays showed the ball got caught between the bat and the bag, perhaps making contact with the bag first.

However, with no conclusive evidence to overturn the decision in the field, he was not left out.

The DRS was crucial later in the session, but this time it was England’s decision not to use it that cost them.

Potts covered Mitchell in form with a swinger but, despite a vociferous appeal, referee Erasmus shook his head and Stokes opted not to send him up.

If he had, Mitchell would have been on his way to eight with three reds on the ball, hitting mid-half.

But if Mitchell was lucky, Nicholls (19), having bowled 99 balls to frustrate England throughout the afternoon, found he was clean in the blink of an eye.

The left-hander returned the ball to Leach, but Mitchell couldn’t get out of the way fast enough and the ball hit his bat and went past Alex Lees in the middle. A complete crazy dismissal.