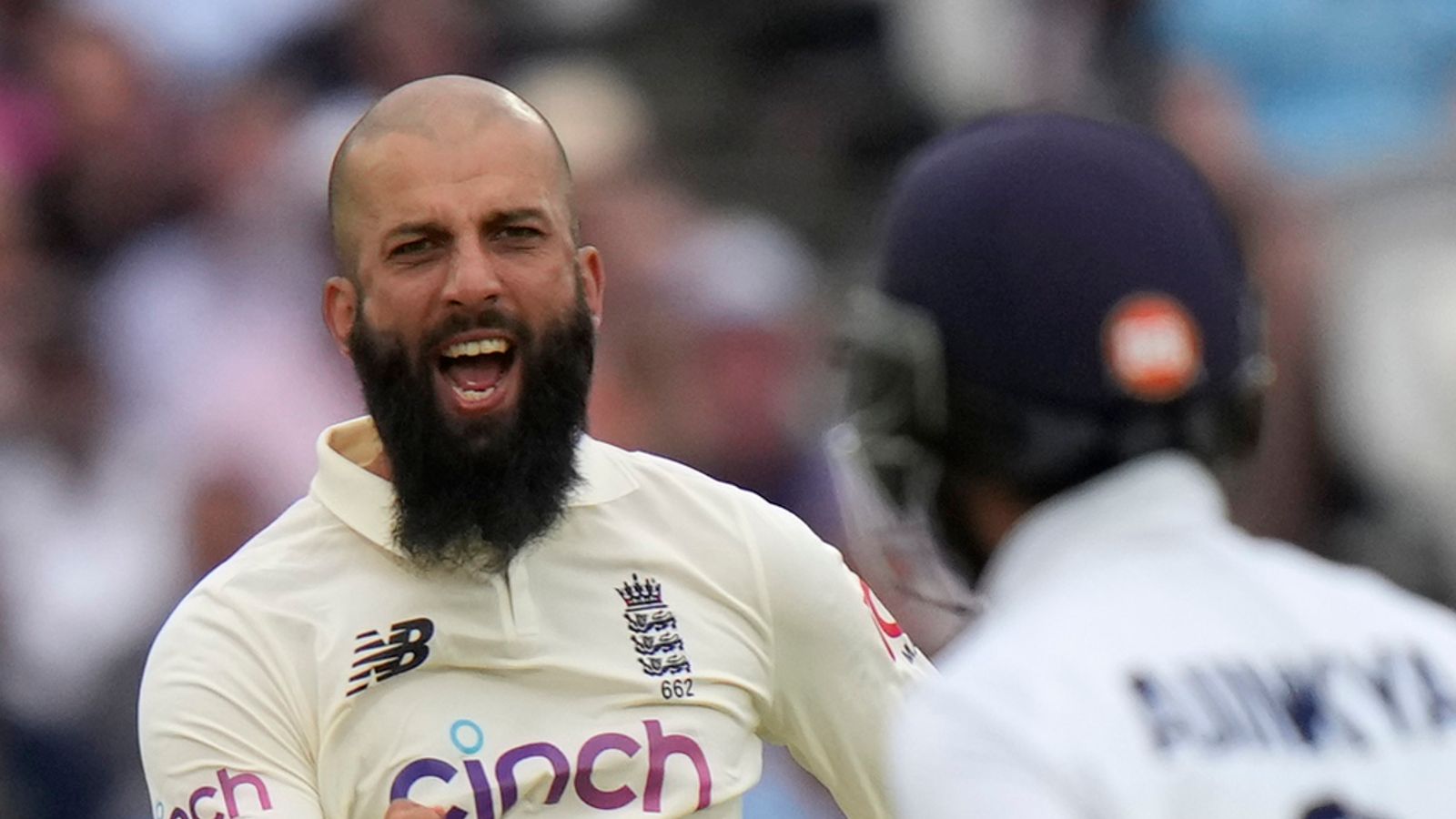 Cheteshwar Pujara (45) and Ajinkya Rahane (61) share the position of the century for the fourth wicket before Mark Wood (3-40) rebounds to first and Moeen Ali (2-52) scores twice later in the day; India 181-6, leader with 154 in stumps

England overcame stubborn Indian resistance as the visitors lost six times, leading 154, to stumps on day four of the second trial at Lord’s.

England, with a 27-race lead overnight, were brilliant in the morning session, picking up the grounds of starters KL Rahul (5) and Rohit Sharma (21) before India gained a lead of their own, while Sam Curran (1-30) claimed point man Virat Kohli (20) just before lunch.

Cheteshwar Pujara (45) and Ajinkya Rahane (61) rushed in, as evidenced by an afternoon session without land in which the pair reaped only 49 runs, and they continued to advance towards India towards a secure position in the Test as their partnership progressed to one ton.

But, just as the pitch seemed to be waning, Mark Wood (3-40) produced a snort of delivery, finding a strong rebound to take Pujara’s glove to Joe Root on the second slip, and then to Moeen Ali (2-52 ) did it for Rahane and Ravi Jadeja (3) in quick succession.

What worries England is that Wood left the field for the last hour, apparently with a shoulder problem after a jump effort on the field, although he tried to return late before the bad light ended the game early: India closed on 181-6, the dangerous Rishabh Pant 14 was not out.

Wood was the catalyst for England in the morning; With little movement on offer in the first five overs, Root brought in the fast pitcher for Ollie Robinson and rewarded his patron with the opening wicket, Rahul hitting a 93 mph delivery behind Jos Buttler.

Rohit confronted him; With Wood bowling, the Indian starter six in a deep back square. Wood came back with another punch midway, Rohit this time out of the way at the last second but couldn’t resist the next as only two balls caught Moeen in the depths as he recklessly threw once more.

Facing a tail-up attack from England, Pujara took all 35 balls to get off the mark, while Kohli, with the exception of a couple of timely cover attempts, looked far from his prime.

And it was Curran who took the key wicket from the Indian captain, the first in the series, as he moved around the wicket turn to the right and defeated him at the transverse angle, finding the edge through Buttler.

However, England’s momentum was stifled, first by the lunch break and then a stubborn resistance from Pujara and Rahane in the afternoon: wry cheers from the crowd saluting the first as he increased his score to double figures, then to 100. balls and when he finally reached his first limit.

The pair continued to frustrate the home team in the evening session, with Rahane, who was brought down at 31 by Jonny Bairstow at the point, achieving a 24th test as India’s lead was extended beyond 100.

The field was also apparently making England’s job difficult, showing no signs of the variable rebound that was offered earlier in the day – that is, until Wood, out of nowhere, got one to swerve over to Pujara and grab his glove.

With one end open, Moeen then took out another pair of hitters; Rahane’s resistance ended when he moved one edge back and Jadeja was knocked down by a beauty who spun past her outer edge to hit the top of the off.

England were later denied Wood’s services and will be sweating in their fitness overnight, while also being prevented from taking the second new ball when the light faded. After a couple of pure spin overs, an early close of the game was called.

Watch the fifth and final day of the second test between England and India at Lord’s from 10.15am, Monday on Sky Sports The Hundred.