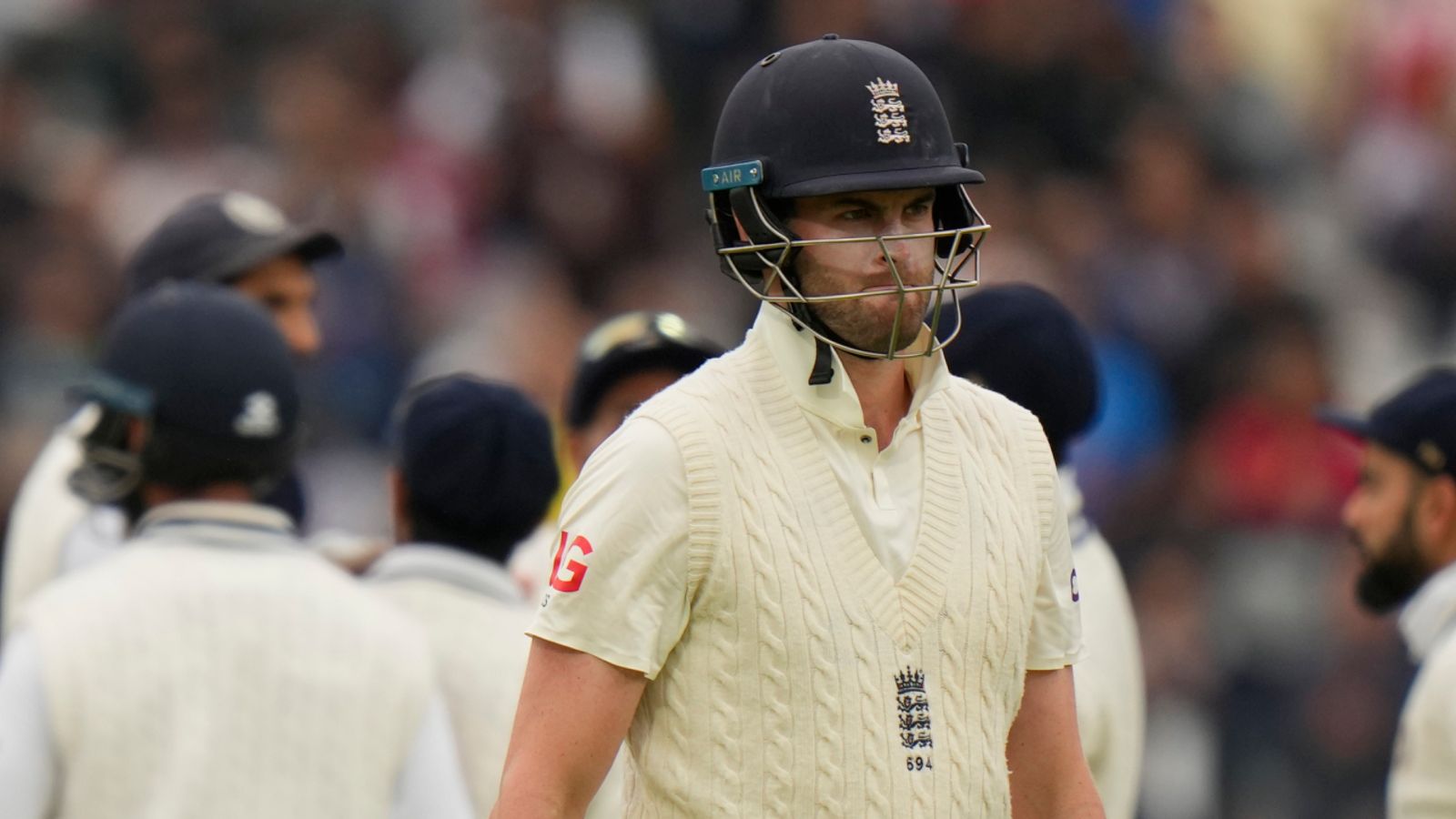 Rory Burns is on hold, but his opening partner Sibley makes his way when Malan returns after last testing appearance in 2018; Zak Crawley Retires From Squad After Missing Second Test Loss; Pacemaker Mark Wood will continue to be monitored but is expected to be fit to play at Emerald Headingley.

England have knocked starter Dom Sibley out of shape for Test 3 against India at Emerald Headingley and have included Dawid Malan in a 15-man squad after going 1-0 down in the series.

Sibley, who has scored a test fifty in his last 15 innings and averaging 28.94 overall, has been knocked out after making 11 and a duck in the second test, which England lost by 151 runs after falling to 120 on the day. five.

Yorkshire batsman Malan returns to the test team for the first time in three years, his most recent appearance in England’s win over India at Edgbaston.

The 33-year-old scored 199 in his only red ball appearance for his county this season, but returns in five days averaging just 27.84 in his 15 international games.

The inclusion of Malan means that Haseeb Hameed, who scored one duck and nine at Lord’s in what was his first test in more than five years, will likely start with Rory Burns, who has bagged five ducks in his last six tests.

The Surrey southpaw has another chance after following scores of 132 and 81 against New Zealand earlier this year with 49 against India at Trent Bridge.

Zak Crawley, eliminated for the second test after a year of poor form, is leaving the team entirely as does Somerset spinner Jack Leach, who will return to Taunton but remains on hold as a backup for Moeen Ali.

“The test series is very well prepared, and we are enjoying the prospect of trying to recover at Emerald Headingley next week,” England head coach Chris Silverwood said.

“Dawid Malan deserves his chance on the proving ground. He has a lot of experience in all formats and, if asked, I am confident that he can come and do well in his field. In the limited time that he has played first .. In cricket class this season, he has shown what he is capable of, scoring 199 for Yorkshire against Sussex at Headingley in June.

“Zak Crawley will return to Kent to build on the excellent work he did last week on the networks at Lord’s with assistant coach Graham Thorpe. Zak remains an important part of our plans going forward, but we think he would benefit from a time out of the pressure of international competition to be able to work a little on his skills, he has a bright future and I have no doubt that his time will come again in the testing arena.

“Dom Sibley needs some time to regain his confidence after a challenging period. He will return to Warwickshire to spend some time in between without the scrutiny and find some rhythm and confidence. Dom offers a lot of value to the test environment and some time away should help him, but it is still part of our plans.

“Jack Leach will be returning to Somerset for some playtime. I have been impressed by his patience and it is not easy to live under Covid protocols, especially when you are not gaming. However, he has regained his confidence and spark. It has been a considerable advantage to have him close by. He will be on standby in case we need his services, but we want the best for him and playing cricket and getting into it is the way to go.

“We are hopeful that Mark Wood is fit after injuring his right shoulder in the first test. Our medical team will work with him every day. We will monitor where he is when we get to Leeds.

“We also have the services of Saqib Mahmood, who has been brilliant in all formats this summer. He is confident, very skilled and will not be intimidated if he wants to make his tryout debut. His temperament and attitude suit the arena. international”. . “

With the third test not starting until August 25, the ECB has confirmed that both Moeen and Craig Overton will be available to participate in the final stages of The Hundred this week.

Overton will join the Southern Brave men’s team ahead of their Eliminator match against Trent Rockets at the Kia Oval on Friday, while Moeen will be part of the Birmingham Phoenix team looking to win the first edition of the men’s competition at Lord’s on Saturday.

Watch the first day of the third test between England and India live on Sky Sports Cricket and Main Event starting at 10am. M. From Wednesday, August 25.