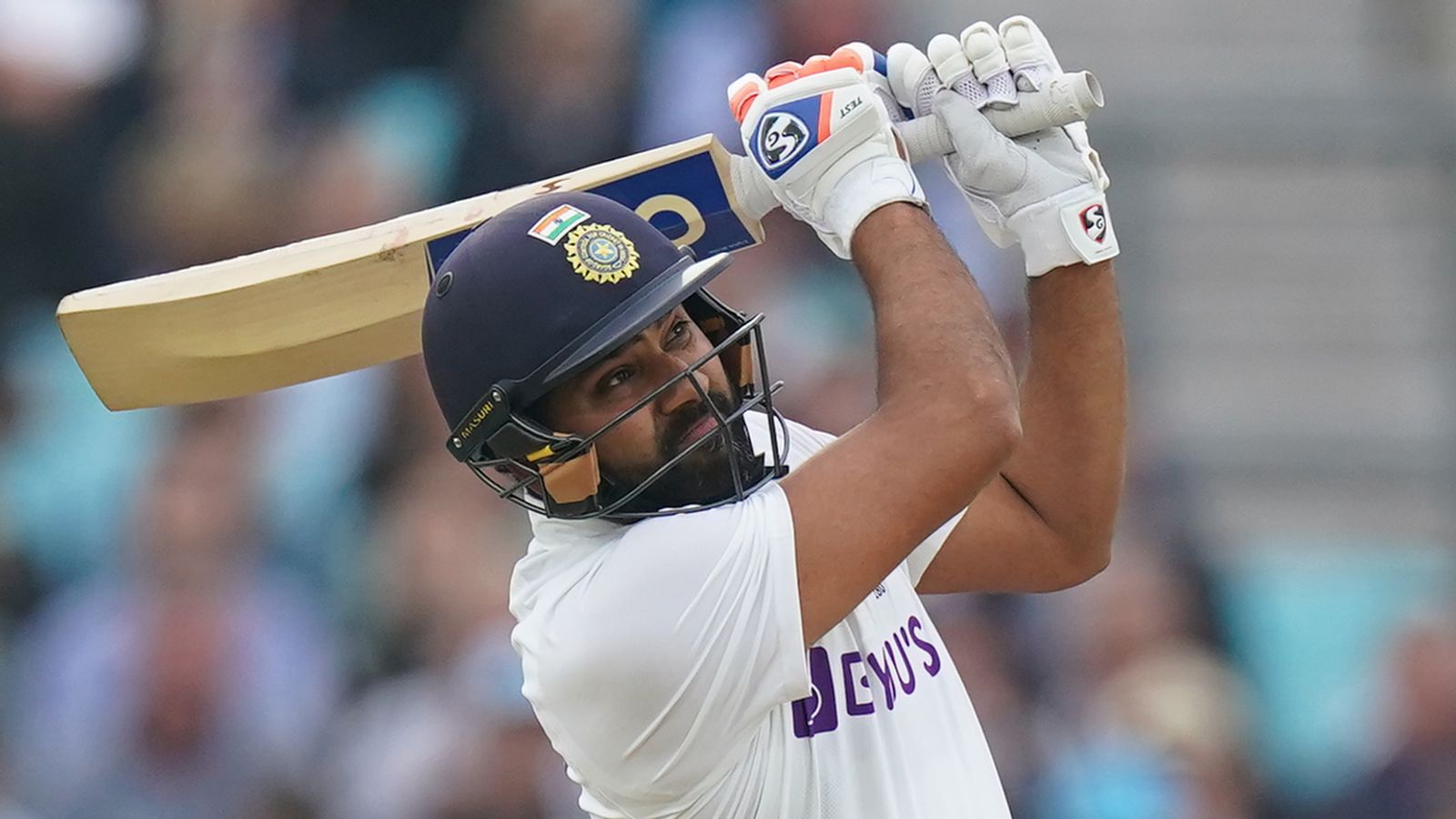 India leads England by 171 races after day three in the Kia Oval; Rohit Sharma scores 127 – his first Test Hundred outside of India – after Rory Burns knocked him down at 6 and 31; Watch the fourth day from 10.15am, Sunday on Sky Sports Cricket and the Sky Sports Main Event.

Rohit Sharma scored his first Test Hundred on the road when his brilliant 127 of 256 balls propelled India to a 171-run lead over England after the third day of Test fourth at the Kia Oval.

Rohit made England pay to knock him down with six and 31, Rory Burns was to blame for the slip both times, and sealed a 204-ball test eighth ton with a Moeen Ali six on a day that ended India 270-3.

The opener’s 153-run partnership with Cheteshwar Pujara (61) for the second wicket lifted India to 236-1 and a 137 lead, only for Ollie Robinson to knock out Rohit and Pujara in the same ending with the second new ball: Rohit out of the first installment after the change when he did a flip.

The noise and anticipation increased significantly around The Oval after Robinson’s quick double attack, with India’s captain Virat Kohli greeted by a chorus of boos from England fans as he headed towards the fold.

However, Kohli (22nd) and Ravindra Jadeja (9th), after some initial nervous moments, frustrated England until bad light brought some early stumps with the hosts unable to pitch their closers.

India, who started their second inning with a 99-run deficit, are likely to be the favorites, but the hosts are still deep in the game.

Still, with England likely to face a chase challenging at best and gigantic at worst in the fourth inning, they will look back on missed opportunities to eliminate Rohit.

Burns couldn’t take advantage of James Anderson on Friday night and then blew a one-handed opportunity Saturday morning after Robinson tempted Rohit off the stump; those errors brought the number of catches wasted by England in this event to a total. of six.

Joe Root’s team rolled under leaden skies all Saturday, but there wasn’t an extravagant moment and they were only able to award Rohit’s starting teammate KL Rahul (46) in the first session before going wicketless in the second in a flat oval cover.

Rohit and Rahul increased their position in the first field from 43 to 83 before Rahul was caught behind Anderson in review.

UltraEdge showed a spike and thus the original decision not to go out was reversed, although Rahul, who had successfully overturned an lbw decision against Chris Woakes in 41, seemed upset as he walked away, perhaps feeling the noise could have been a bat on the platform.

England were finally rewarded for their efforts, but it would be another 47 overs and four hours before they attacked again when Rohit and Pujara took India in the lead and then set out to extend it.

Rohit hit fifty out of 145 dances and then it took just 59 more to turn that into a first ton overseas after previous centuries in Visakhapatnam (twice), Chennai, Ranchi, Kolkata, Mumbai, and his hometown of Nagpur.

The 34-year-old ran through the eighties with two fours in an over off Moeen, went to 94 when he threw Anderson to the middle fence and then sealed his century by depositing Moeen in the stands, the third time he reached the three figures. on a test with a six.

Rohit’s blow overshadowed Pujara’s quite a bit, but the latter played a forceful tackle by his standards and showed little effect from the sprained ankle he had suffered while running when he scored a fifty in Test 31.

Both hitters fell within the space of six Robinson deliveries: Rohit chose Woakes on the long leg before Pujara left after a successful review from England, which confirmed that he had climbed onto his platform and passed Moeen on the third slip.

Watch the fourth day of the fourth test between England and India, from the Kia Oval, live on Sky Sports Cricket and Sky Sports Main Event from 10.15am on Sunday.