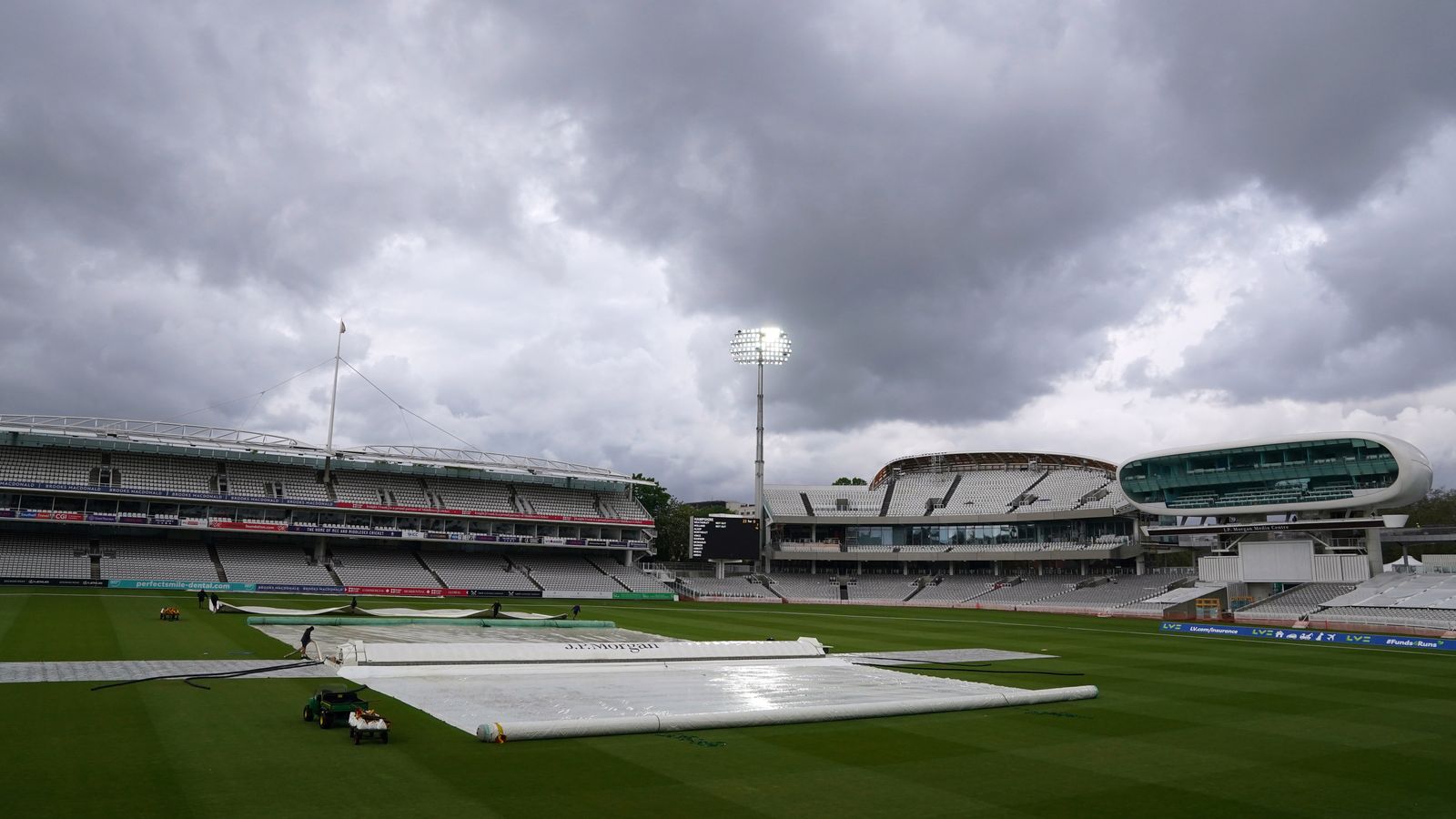 England finished the second day 111-2, trailing New Zealand by 267 runs, with Rory Burns and Joe Root sharing an uninterrupted position of 93 on third field; follow updates on Sky Sports Cricket and on our live blog as rain delays the start of the third day at Lord’s

The persistent drizzle has delayed the start of matchday three at Lord’s, which England will resume at 111-2

England’s attempt to continue their fight in the first Test against New Zealand at Lord’s was delayed by rain on the third day and wet weather delayed the start of the game.

However, Burns and Root were unable to resume their entries at 11am on Friday due to inclement weather, which is expected to last until 4pm.

New Zealand dominated the first day at the Home of Cricket and also started the second day strong as they advanced to 288-3, only to later lose four wickets for six races amid a major collapse of 7-90, with Devon Conway (200 minus 347 balls), the last to leave after making a double ton on his debut.

Mark Wood (3-81) and rookie Ollie Robinson (4-75) did most of the damage when the Black Caps’ innings faltered, save for a 40-run finishing position between Conway and Neil Wagner, while James Anderson he finished 2-83 in the 161st Test of his distinguished career.

Conway is at the start of his Trials career and scored his first game by becoming the seventh batter and second New Zealander, after Matthew Sinclair against the West Indies in Wellington in 1999, to score 200 on his debut.

Burns and Root, however, reunited the hosts, with Burns moving to a ninth Test fifty and Root just eight races away from what would be his 50th half-century in the format.

Check out The Late Cut from day two of Trial of the Lord, which featured New Zealand’s Devon Conway completing a double century on his debut.