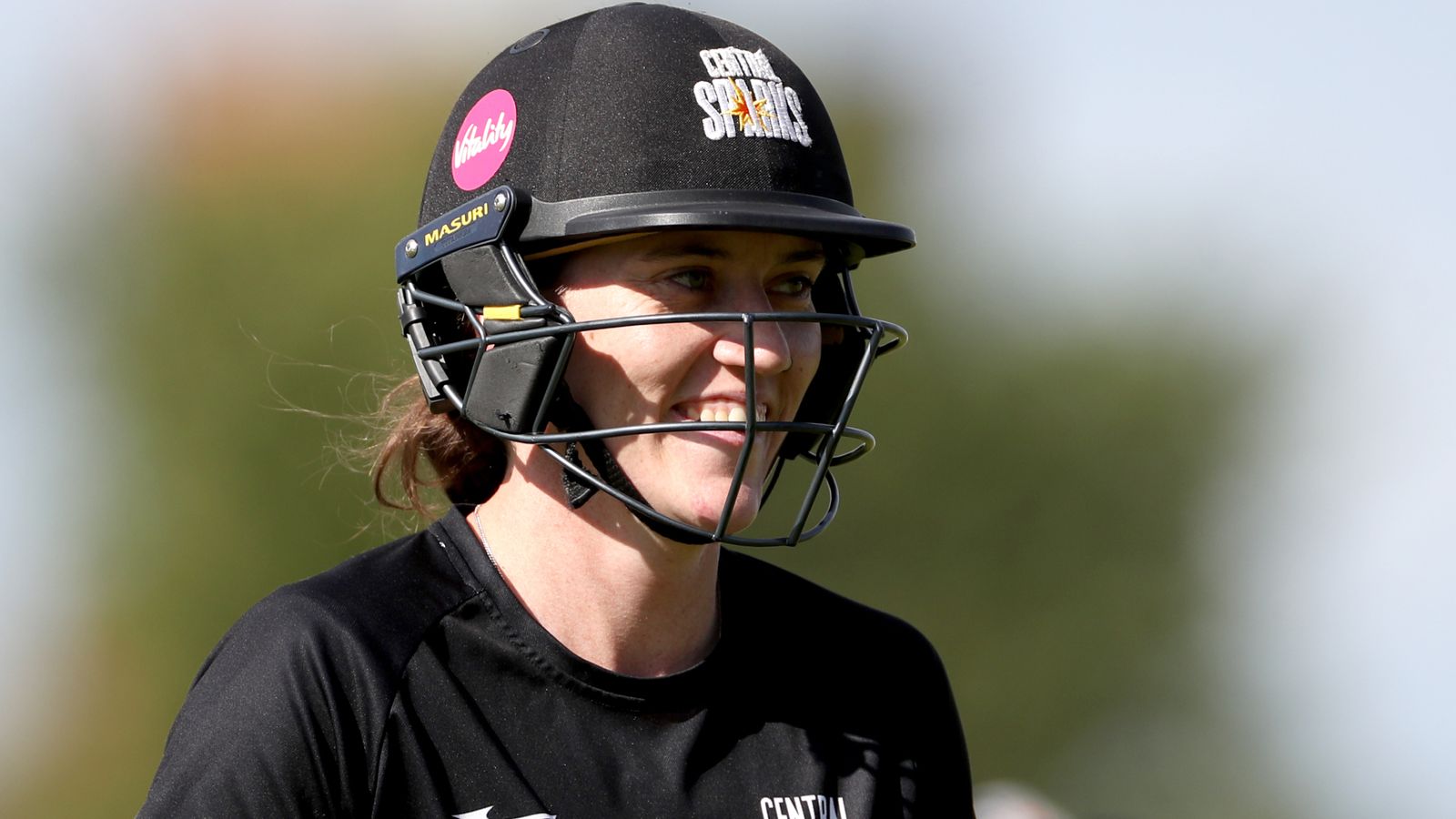 Emily Arlott, Lauren Bell, Alice Davidson-Richards, Freya Davies and Emma Lamb could all be in line for their first Test appearance for England Women against South Africa; the four-day game is part of a multi-format series with three one-day internationals and three T20Is to follow

Emily Arlott could be in line to make her first test appearance for England in the game with South Africa from June 27.

England Women have announced a 13-strong squad for the LV= insurance test against South Africa, including five no-limit players.

Newcomers Emily Arlott, Lauren Bell, Alice Davidson-Richards, Freya Davies and Emma Lamb could make their first Test appearance at Taunton in the four-day game from June 27-30, which is shown live on Sky Sports. .

The Seam Bell and Arlott bowlers have not played for England in any format so far, but have been given places in the squad following the retirements of Katherine Brunt and Anya Shrubsole.

Shrubsole retired from all forms of international cricket in April, while Brunt announced on Saturday that he would be stepping away from the red-ball arena to focus solely on white-ball cricket.

Seamer Davies, who has played 24 white ball internationals for England, is one of four outright pace bowlers in the group, along with Bell, Arlott and Kate Cross.

England drew their previous test match, against Australia during the Women’s Ashes over the winter.

The Davidson-Richards all-rounder could make her first appearance since 2018, when she earned five T20 caps and a single one-day cap.

Lamb, meanwhile, appears poised to lead off with Tammy Beaumont following the fall of Lauren Winfield-Hill.

Winfield-Hill is part of an England Women’s A team that will take on South Africa in a three-day warm-up match in Arundel from Tuesday.

Head coach Lisa Keightley said: “There are a number of new faces on the team who bring a real level of energy and enthusiasm.

“We are at the beginning of a new cycle of the ICC Women’s Championship, which begins for us with the India ODIs, and it is only natural that we are looking forward with an eye on who can be a key player for us in 2025.”

“Just as Katherine Brunt has retired from Test cricket and Anya Shrubsole from all forms of the international game, a number of bowling venues have opened up which is very exciting for those players. I’m sure everyone will be looking forward to it. take your chance.

Katherine Brunt announced her retirement from Test Cricket on Saturday

“We have to balance having the appropriate support for the senior team while also providing playing opportunities. We need our players to play as much cricket as possible, so we have a deliberately small test squad, while the England women’s team is playing”. in action against South Africa.

“It really is a huge summer, with the Commonwealth Games just around the corner, and we can’t wait to get the red ball underway in Taunton.”

England seam bowler Katherine Brunt has announced her retirement from Test cricket but will continue to play one-day and T20 internationals.

The 36-year-old is England’s third leading wicket player in the Tests, having racked up 51 scalps in 14 matches, including three five-wicket hauls and a best 6-69 against Australia in Worcester in 2009.

Brunt, who made his Test debut in 2004, against New Zealand at Scarborough, took eight wickets in the Ashes-tied clash in Australia this winter, claiming 5-60 in the first innings and 3-24 in the second.

In just her third game, at Worcester in August 2005, Brunt took nine wickets in two innings and scored half a century as England regained the Women’s Ashes for the first time since 1963.