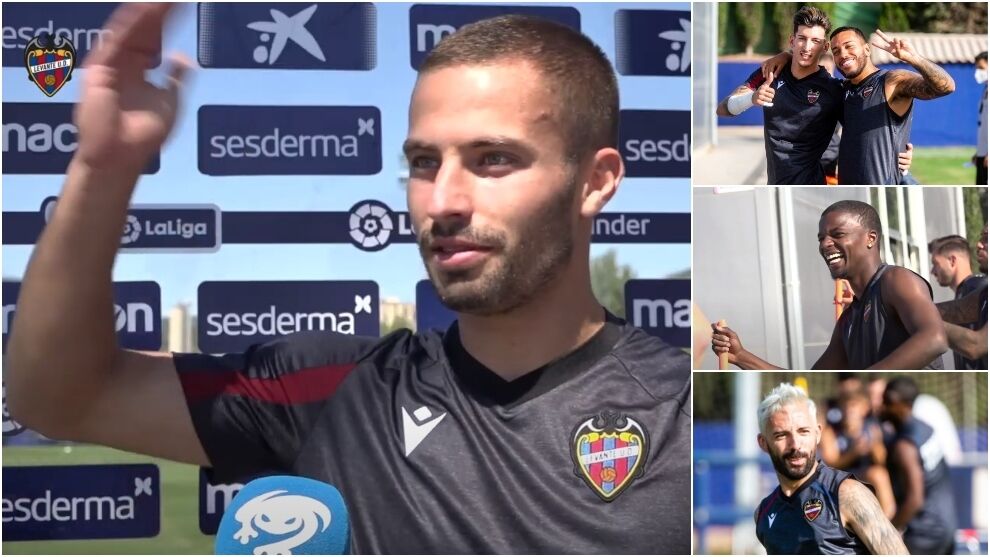 Enric Franquesa is fulfilling a dream in the Levante and does not hide it. The Catalan player He lives his first days of preseason in a team of First division and everything is special. The left wing player has been rewarded his good track record in the last season to end up in the ranks of a Levante in which you will find very tough competition.

The sporting and demanding level in the granota team It is very tall, but Franquesa was surprised by the costumes. “It is seen that they are very humble people, with very good vibes, they have welcomed me very well. What has surprised me the most is the unity, I I did not expect this good vibes and this good atmosphere It should always be like that, but I think it is above normal, which is something very good, a squad that has been working together for many years and it shows, “he explains in the club’s official media.

Levante signed this summer to Franquesa from Villarreal -It was done with 50% of the player’s rights and the submarine saves a buyback clause– After several seasons with good performance in the Second Division, especially the last two years, in Sabadell and Girona. This is how the footballer who knows that he will have to compete with Clerc, although he could also play in front of the winger: “I am a competitive player with myself, I I like the offensive game adapt to the profile of game that Levante has been developing in recent years, I can give him depth and speed upstairs. ”

The Catalan player, 24 years old, is very grateful for the possibility that Levante gives him to play in the First Division, as has happened with other players who have exploded in the ranks of the granota team debuting (or almost) in First, such Dani Gómez, From Frutos or Malsa: “I will not forget that Levante gave me the opportunity to fulfill my dream which was to play in the First Division and this is something that I will always take with me and I am very motivated. I arrive at an age where I feel like a more mature person more and more prepared and I think I can contribute things, I’m very hungry and I think it will be a great season. “