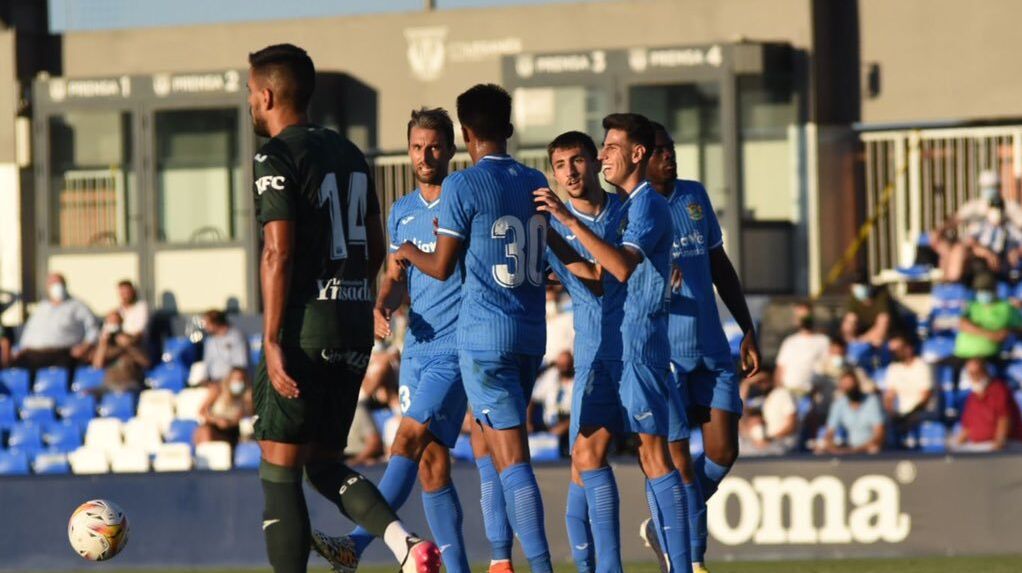 The meeting of Madrid applicants, which can be everything this season, it became a very tactical game to be in the preseason, as if both teams did not want to show their cards to the rival. Of course, in the end it was Fuenlabrada that took the victory against Leganés in the ID of Butarque.

In the beginning, Lega wanted the ball more and Fuenla against it, a speed at which the visitors were imposing, especially from the boots of Iban Salvador that was a danger from set pieces. At 14 ‘the first time came from Salvador, but the ball did not find the goal of risk. The Lega somewhat diminished in attack, due to the lack of troops waiting for signings, placed Arnaiz at 9, but Garitano’s team did not generate arrivals. The only one was an Avilés boarding school that went away, the one that was the last play of the winger who left injured.

The second half followed the same course, a lot of respect, numerous changes and few occasions. Until 55 ‘there were no approaches, there Palencia appeared and Sabin Merino was about to arrive at the far post. Until the end, the domain was greater than Leganés, but the arrivals and the danger was from Oltra’s team. After several visitor approaches, at 78 ‘Adalberto, headed a lateral center and made it 0-1. Until the end, Lega tried, had opportunities, but the one who moved the score again was Fuenlabrada who In a counter launched by Cristóbal, the ball reached Kanté and put the final 0-2 to be imposed on the Butarque ID.

Herrerín was in the ID Butarque

On the other hand, the former Athletic goalkeeper and also a former player, Iago Herrerín was watching Leganés’ match against Fuenlabrada. His presence was not testimonial, the goalkeeper is negotiating his incorporation with Leganés and both parties are optimistic. Herrerín would arrive free and he is a goalkeeper that everyone has great affection for in Leganés. He was already defending the blue and white goal in the 2018/19 season, after the serious injury of Jon Ander Serantes, then, Herrerín joined Lega on loan in the middle of the season, being vital for the permanence in First.

Now after the departure of Cuéllar, the cuéllar sports management wants a goal of guarantees and that he knows the house, the negotiation has been open all summer, The big problem was the high profile of Herrerín in Athletic, but the goalkeeper is willing to charge less to return to the club where he gave better benefits first. With him and Riesgo the goal of Leganés would be closed. The third goalkeeper would be from the subsidiary and would alternate with the first team.

Fekir, the light of Betis