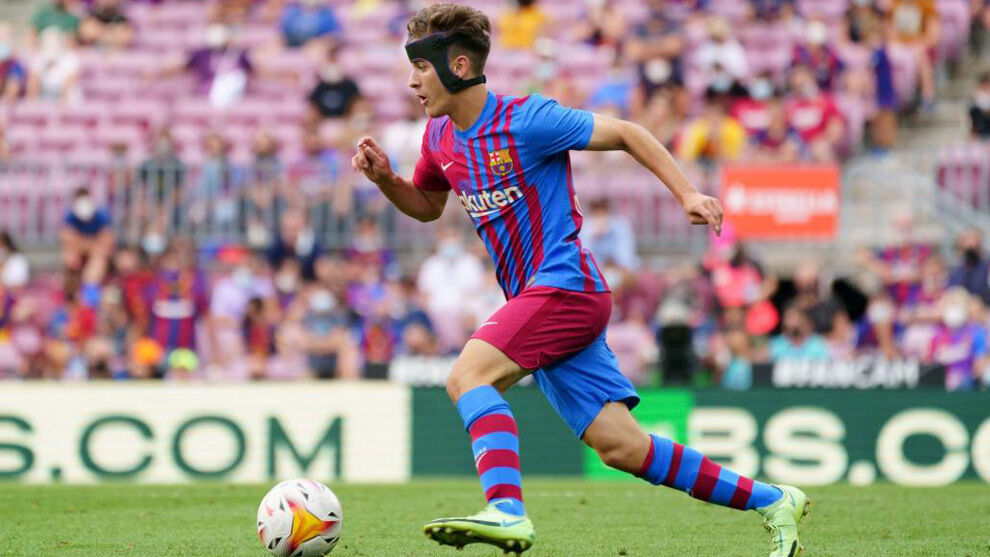 ROnald Koeman is becoming a specialist in debuting young players this season. Yesterday he did it with Gavi, a 17-year-old boy who had been training with the first team since the beginning of the season. He entered in the 73rd minute instead of Sergi Roberto who left the field injured after a collision with a rival player.

He is the third kid that Koeman makes his debut. On the first day against Real Sociedad, he gave the alternative to Nico Gonzalez. Fran’s son, a former Depor player, came out in the second half and acted in the midfield position.

“Right now I am the happiest child in the world, since I was little I had this dream of debuting in the First Division at the Camp Nou and today I have been able to achieve it. A thousand things are going through my head, I was a little nervous, I went to do the best I could. At times like this I remember my family, my friends, all the coaches, La Masía, especially Sergi Milá, who helped me a lot throughout my career “, he declared Gavi to Barça TV.

On the last day, the one who wore the Barça elastic for the first time was Demir. A young Austrian player who is on loan to the Barça club, although he has a purchase option of 10 million, but belongs to Rapid Vienna. Koeman gave him a few minutes against Athletic Bilbao.